US President Joe Biden faces criticism after signing an executive order that requires schools to include transgender athletes in women’s sports.

According to the Biden administration, the law aims to prevent and combat discrimination based on gender identity or sexual orientation.

Some Americans say the ordinance will now make it mandatory for schools to allow transgender students to participate in female sports.

Some critics say this will put cis girls at a disadvantage; accusing Biden of “erasing women” and imposing “a new glass ceiling”.

But many LGBT rights activists have welcomed the decree, arguing that Biden is keeping his promise to create a more unified and inclusive country.

In March 2020, the state of Idaho became the first in the country to ban transgender students who identify as women from playing on women’s teams in public schools.

In the United States, 16 states have friendly policies that help facilitate the full inclusion of trans and non-binary students in high school sport.

Trump, during his administration, was opposed to the inclusion of transgender athletes in women’s sports and threatened to withdraw funds, but Biden used his early days in office to announce his own anti-discrimination decree.

The ordinance, entitled Prevention and fight against discrimination based on gender identity or sexual orientation, was signed just hours after the new POTUS took office on Wednesday evening.

He says “children should be able to learn regardless of whether they will be denied access to toilets, changing rooms or school sports.”

The ordinance adds: “It is the policy of my administration to prevent and combat discrimination based on gender identity or sexual orientation.” 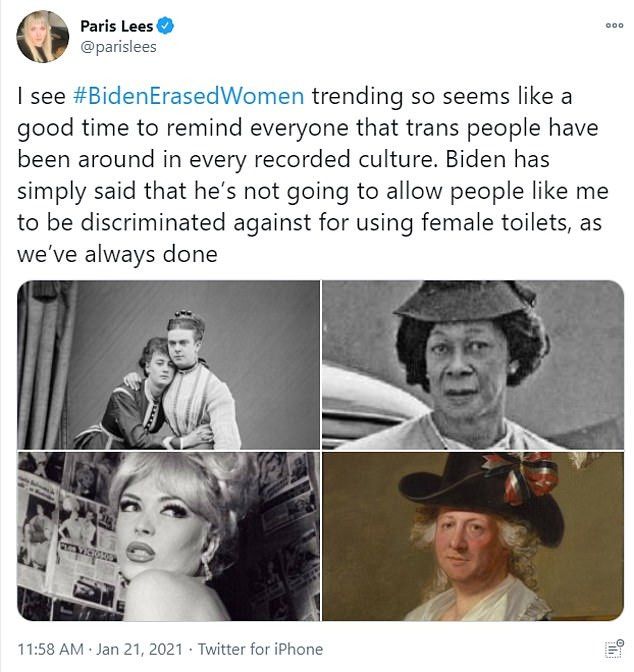 As it stands, schools will see their funding withdrawn if they do not allow transgender female athletes to participate in female sports.

Erielle Davidson of the Jewish Institute for National Security in America wrote: “Sad day for women’s sport. Women must compete with biological men at risk of injury and losing their title, thanks to a new executive order from Biden. Never tell me it’s “pro-woman”. It’s not. It is destructive and malicious.

The hashtag #BidenErasedWomen has been trending from Thursday until today on American Twitter.

These were the details of the news Biden sparks outrage after signing executive decree that forced schools to include trans athletes in women’s sports for this day. We hope that we have succeeded by giving you the full details and information. To follow all our news, you can subscribe to the alerts system or to one of our different systems to provide you with all that is new.

PREV The Lebanese government determines which jobs are forbidden to foreigners
NEXT Pope visits divided Cyprus, eyes on migrants