Thank you for your reading and interest in the news Tourist numbers fall, say guides as Egypt ups coronavirus planning and now with details

Hind Al Soulia - Riyadh - Egypt is the latest country to introduce school and university closures and government financing as it steps up its campaign to contain an outbreak of the coronavirus and prevent panic among its 100 million people.

The latest measures came as Egypt grappled with the aftermath of heavy rainfall and gale-force wind that battered the country on Thursday and Friday, killing at least 29 people, disrupting power and water supplies and flooding streets in the capital and elsewhere.

The storm, nicknamed “The Dragon” by social media users, again laid bare the poor state of infrastructure in Cairo and other cities across the country. Many of the capital’s streets remained flooded on Sunday, with municipal workers struggling to clear the water to allow traffic to flow. 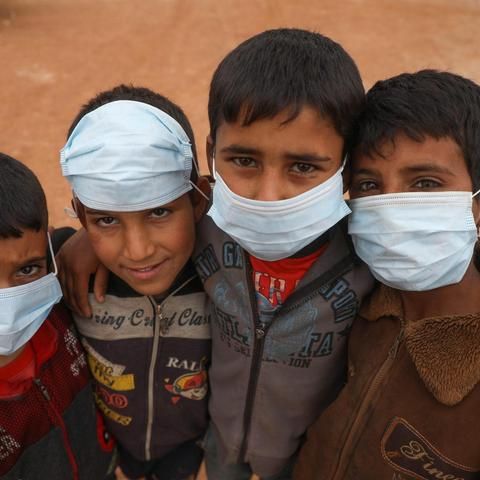 The coronavirus scare and the storm have combined to create a feeling of uncertainty among Egyptians, many of them thronged supermarkets on Saturday night following the news of the suspension of classes to stock up on food, water and sanitizers. In some supermarkets, shoppers pushing overladen trolleys waited in line for more than an hour to pay for their goods.

On Sunday, Al Azhar, the leading religious authority for Sunni Muslims, lent its weight to anti-coronavirus measures taken by governments in Muslim countries the world over. The authority said it is religiously permissible to cancel prayers at mosques, including the Friday prayers, if it helps to contain the spread of the virus.

“One of the loftiest objectives of Islam’s sharia is to protect lives and safeguard them from dangers and damage,” said a statement by Al Azhar’s council of top clerics, the Cairo-based institution’s highest theological body. The statement called on the sick and the elderly, believed to be the most vulnerable to the virus that is officially called Covid-19, to stay home and not go to mosques to pray. It said families should pray at home together and that the call for prayers could include language urging Muslims to stay home and pray.

Egypt has to date announced only two coronavirus-related deaths – a German tourist and an Egyptian woman, both in their 60s – and 110 cases by Saturday night.

While the numbers are relatively low, the detection of the virus in Egypt has had an immediate impact on tourism after its outbreak on Nile cruise ships in southern Egypt.

Tourism Minister Khaled El Anany has said that the vital sector remained unaffected by the outbreak of the coronavirus in Egypt, but two tourist guides who spoke to The National said there were booking cancellations of up to 30 per cent in some cases. These, they said, included cancellations by Italian tour operators, a mainstay of the industry in Egypt, due to the lockdown in that country over the coronavirus.

“We were expecting 300 tourists from France this week, but only 200 are now arriving,” said one tour operator who only works with French tourists. Speaking from aboard a Nile cruise ship, he said: “If future visitors are guaranteed a full refund for their booking, they would stay away, but so far there has been no travel advisory against travelling to Egypt,” said the guide.

In Cairo, a freelancing tour guide who has worked an average of 4 to 5 days a week for the past year spoke of how the business has suddenly slumped.

“I have had no work for nearly a week. Zero!” said the guide.

Egypt, however, has gone to great lengths to assure the world that it remained a safe destination despite the outbreak of the coronavirus.

Over the past week, authorities have conducted random checks on Nile cruise passengers, introduced screening at hotels and airports and measures to ensure that food and beverages served at venues were virus-free.

Broader measures included an indefinite ban on large gatherings and the suspension of sports activities, including competitive fixtures.

The use of swimming pools at sports clubs has also been banned along with the use of gyms and indoor areas.

A 10-day halt to prison visits has been enacted amid growing calls by social media users for the conditional release of prisoners held in protective custody. Earlier this month, Iran – the hardest-hit country in the region – conditionally released 54,000 prisoners to stop the spread among detainees.

The Egyptian government has also decreed that the sermon at the Friday prayers be restricted to 15 minutes and cancel all mosque activity outside the five daily prayers.

On Sunday, the government said it was closing all religious shrines across the country to the public for two weeks.

These were the details of the news Tourist numbers fall, say guides as Egypt ups coronavirus planning for this day. We hope that we have succeeded by giving you the full details and information. To follow all our news, you can subscribe to the alerts system or to one of our different systems to provide you with all that is new.