Hind Al Soulia - Riyadh - After several hundred Tunisian migrant workers stranded in dire conditions at the closed border with Libya forced their way across over the weekend, authorities have opened up crossing points to allow hundreds of people to return home.

As the coronavirus pandemic spread, hundreds of Tunisians who work in war-torn Libya began to head for home. But they were unable to cross after Tunisia closed its frontiers on March 16. People began congregating on the dusty desert road to the land border near a crossing point at Ras Jedir outside the Tunisian town of Ben Guerdane. 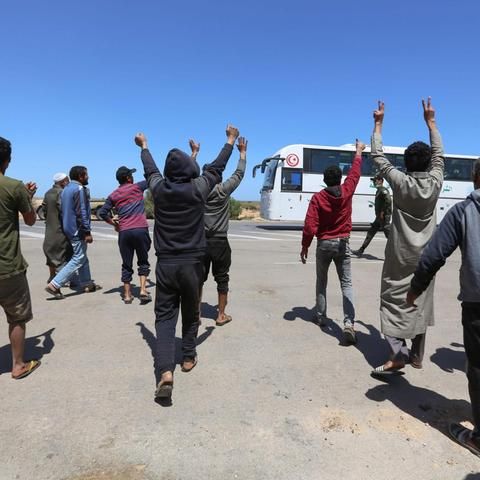 Deprived of anywhere to sleep or wash, many were sleeping in a nearby Mosque. Eventually, their numbers grew so large that Libyan border forces housed them in an open compound, while the International Organisation for Migration (IOM) and the Libyan Red Crescent provided emergency relief.

According to Frederico Soda, the IOM's Chief of Mission in Libya, people began to congregate on the Libyan side of the border in early April and by last weekend around 1,000 people were waiting to cross.

"By Sunday, things were very tense," Mr Soda told The National. "We had to pull our people out as it didn't seem we were contributing to anything. My team got the strong sense that people weren't interested in anything other than returning to Tunisia.

"That evening, I'm told that a group of between 200 to 300 people were able to force the gate at the frontier and make their way through into Tunisia before the Libyan security were able to regain control," he said.

Tunisia's border guards, realising the seriousness of the situation, summoned reinforcements and eventually opened the gates for a controlled entry of what the government later said were the remaining 652 migrants, with the last person crossing at around 11pm local time on Monday evening.

Coronavirus around the Middle East 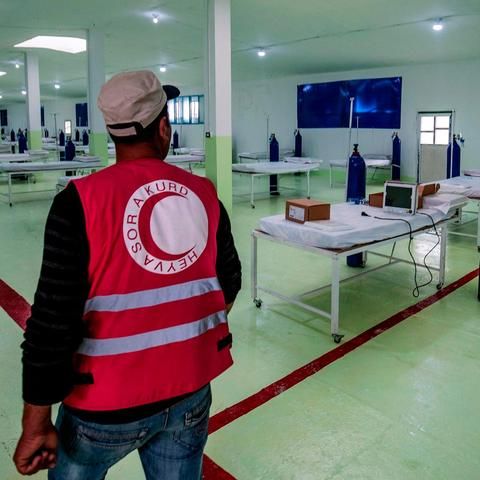 "The old people and families were dealt with first and returned quickly to their governorates," Dr Mongi Slim, the head of the Red Crescent's offices in southern Tunisia told The National. "The men were all interviewed by security to see what they had been doing in Libya and how they had entered the country."

The conflict in Libya has drawn in thousands of foreign fighters, including Tunisians.

According to Dr Slim, there is lingering resentment in the local community over the treatment of the returnees, with some contrasting the situation to European and Gulf workers who were taken to comfortable hotels along the coast to undergo quarantine.

With an estimated at least 6,000 Tunisians working in neighbouring Libya, many of those yet to return are expected to try and make their way to the border over the coming days and weeks as the coronavirus pandemic spreads in Libya at the same time as an uptick in fighting. Ramadan, expected to start later this week, is also likely to draw many home to be with families.

The same situation of stranded workers is also happening in reverse. On March 17, Libya also closed its borders to try and stop the spread of the global pandemic. As a result, several hundred Libyans – mostly truck drivers – are stuck in Tunisia.

While the situation is reportedly calm, all are relying upon the IOM and the Red Crescent for essential food and water until arrangements can be made for their return to Libya. There is no official word, as yet, on a plan to allow them to cross.

Despite the tumultuous events that have engulfed Libya since 2011, the oil-rich country has remained a tempting prospect for Tunisian workers. Large numbers are drawn to work in the country's oil and gas industry, or what had until recently been a healthy construction sector despite the war.

Smuggling too has proven a rewarding source of income on both sides of the frontier for decades.

These were the details of the news Tunisia opens gates to end chaos as hundreds stuck on closed Libya border for this day. We hope that we have succeeded by giving you the full details and information. To follow all our news, you can subscribe to the alerts system or to one of our different systems to provide you with all that is new.

PREV Businessman Glenn De Vries, who traveled to space last month, dies
NEXT Who are Egypt’s potential competitors in the 2022 World Cup qualifiers?