Hind Al Soulia - Riyadh - As life in Jordan begins to return to something like normality after six weeks of intensive and targeted lockdowns, its swift measures has led new Covid-19 cases to plummet and protected its health system.

The numbers that have encouraged Jordan to ease its lockdown speak for themselves. Just 451 confirmed total cases, 350 full recoveries so far, 8 deaths and a daily new case count dropping to zero for three days as of Thursday.

Jordan is also conducting up to 3,000 random tests a day as well as systematic checking of those with symptoms or who have come into contact with confirmed infections.

Even as Health Minister Saad Al Jaber cautioned on Wednesday that a “stronger second wave could return,” Jordan has forged a unique model that has allowed the kingdom to snuff outbreaks early and resume normal life seemingly more quickly than many others.

Early on, Jordan’s lockdown was characterized by start-and-stops, trial and error as the country attempted to tailor a response that allowed citizens to get their basic needs but still isolate cases in a tiny kingdom of 10 million people where 95 per cent of the population live on 5 per cent of the available land. 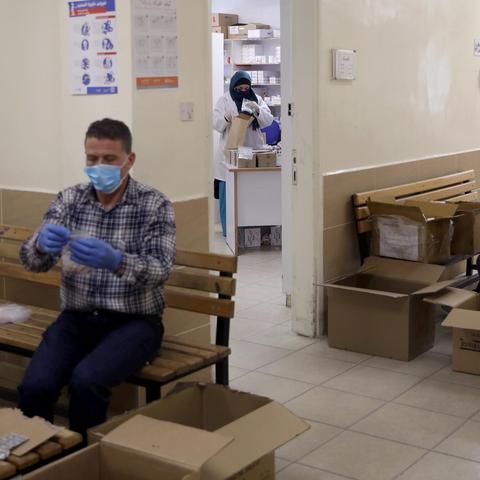 Jordan first declared a partial curfew on March 17 when it learned that an infected national arriving from Spain had attended a wedding of 400 people. Forget flattening the curve, from the onset Jordan looked to crush it.

At the National Center for Security and Crisis Management, the government, military, security services in coordination with the Royal Palace coordinated Jordan’s response, for the first time all sitting at the same table on a regular basis.

Yet after several days in which the public failed to abide by the partial-curfew, the government tightened further. On March 20 they declared a complete nationwide lockdown barring people from leaving their homes at all.

All restaurants and shops were shuttered, no deliveries, farms or factories could operate. The military was deployed to the streets; governorates and cities were cut off from one another.

Violators faced a year in prison.

The most basic tasks became dilemmas: Can people take out the rubbish? What if there is a medical emergency? How can citizens receive their salaries? What about day labourers?

The government deployed a team of ministers each night on national TV to field questions. At first, they stumbled in answering even basic problems posed by a worried public whose lives had suddenly been put on hold – and were quickly running out of basic goods.

A misfire programme to deliver bread by bus was met with hundreds crowding by deliveries, pushing, shoving and even fighting. Meanwhile, many towns and neighbourhoods saw no bread deliveries at all.

The government reached a middle ground: corner grocery shops and pharmacies could open. People were allowed to walk to their neighbourhood grocery shops and buy goods between 10am and 6pm before sirens blared and a night curfew was imposed.

In the first days, citizens were forced to line up for hours to enter cramped corner shops with narrow aisles where social distancing was difficult. Meat and poultry were at times impossible to get while the distribution of vegetables was poor.

The private sector voiced their frustration over unclear and changing regulations.

But then, something happened; a rhythm formed in the streets, in markets and inside Jordanian households.

And the measures appeared to be working. As daily Covid-19 cases began to drop to the single digits, the nightly government press conferences became calming rather than confusing. People began to see the curfew and measures with pride as a national project.

Meanwhile, the government took dozens of decisions ranging from health regulations at slaughterhouses to obliging employers to pay parts of workers’ wages and deploying mobile ATMs.

“The government in the first few weeks gained serious public trust and support due to its health measures, transparency and dealing with social consequences of the pandemic by extending donations and financial relief,” says Oraib Rantawi, director of the Amman-based Al Quds Centre for Political Studies.

Coronavirus around the Middle East 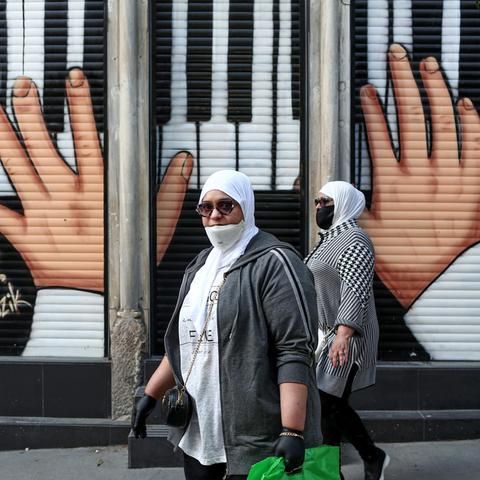 “Today, Jordanians still rely on the nightly government press conferences for their news and information on this pandemic. This is an impressive success story.”

The true key to Jordan’s approach so far has been repetitive and random testing, case tracing and small localized “quarantines.”

Any persons who mixed with confirmed cases were tested multiple times over two weeks; cutting off the governorates from each other allowed random testing to be an effective indicator of outbreaks.

Now beauty salons, speciality shops, dental clinics, law firms and some courts are reopening and half the kingdom can be back on the road – provided that social distancing and health measures are observed.

Yet just as Jordan reopens, it remains poised to shut everything down again at a moment’s notice – the very flexibility that has been the cornerstone of its early success.

“We are closely following citizens, facilities and shops levels of commitment to instructions in all governorates regarding social distancing, sanitizing and health protection measures,” government spokesman Amjaid Adaileh said at Wednesday’s daily briefing. He warned that “we could return to a comprehensive lockdown”

“When people sit back and look at this Coronavirus era, everyone should and will remember that Jordan was one of the few countries that was able to contain the pandemic in the very early stages and save lives,” says Mr Rantawi.

These were the details of the news How Jordan crushed the curve and halted Coronavirus in its tracks for this day. We hope that we have succeeded by giving you the full details and information. To follow all our news, you can subscribe to the alerts system or to one of our different systems to provide you with all that is new.