Thank you for your reading and interest in the news Coronavirus: More than 50 migrants stranded in Greece by pandemic flown to Britain and now with details

Hind Al Soulia - Riyadh - A group of 52 refugees and asylum seekers stranded in Greece by the coronavirus pandemic flew to Britain on Monday to be reunited with their families, escaping the continued lockdown of migrant camps in the country.

The group, including 16 unaccompanied children, took off from Athens after Greek Prime Minister Kyriakos Mitsotakis intervened personally, working with Britain’s interior ministry to make the transfer possible in spite of travel restrictions put in place because of the coronavirus pandemic. The transfer had been planned for March.

In Greece, restrictions were partly eased on May 4, and on May 10 UK Prime Minister Boris Johnson revealed the first cautious steps to take his country out of the lockdown.

"Today the lives of the people who are leaving is changing," Greece's deputy migration minister Giorgos Koumoutsakos told reporters at Athens airport. "The coronavirus was an additional procedural challenge but as you can see it was not an obstacle," he said.

Greece is trying to gradually relocate around 1,600 of the most vulnerable people living in its refugee camps to other countries in coming months.

Some 130 Greek nationals stranded in the UK because of the lockdown will be repatriated on the return flight, Greece’s migration ministry said.

Monday's group were relocated under the Dublin Treaty, an accord facilitating family reunifications if a close relative is already in the country of destination.

The refugees could be seen waving as they boarded the aircraft.

Greece on Sunday announced it was extending the strict lockdown of its migrant camps until May 21.

The draconian measures, designed to prevent potentially devastating outbreaks of the virus in the country’s overcrowded and unsanitary camps, have brought Greece’s already overstretched asylum system to a standstill and left many stranded.

Hundreds of thousands of migrants and refugees, fleeing conflict and poverty in countries like Syria, Iraq, Afghanistan and Iran have arrived in Greece since 2015 seeking onward travel to other parts of Europe.

An EU-brokered deal with Turkey in March 2016 all but stopped the flow of people across the European Union’s eastern frontier, but a recent surge of violence in Syria’s nine year war led to a sharp increase in the numbers of border crossings into Greece.

Beth Gardiner-Smith, the CEO of refugee charity Safe Passage International, which supported the initiative to reunite the refugee families in the UK, said: "The British and Greek governments have shown real leadership in reuniting these families despite the travel difficulties."

The reunification flight was also supported two members of the British House of Lords, Labour peer Lord Alf Dubs and the Earl of Dundee, a Conservative with responsibility for child refugees at the Council of Europe. 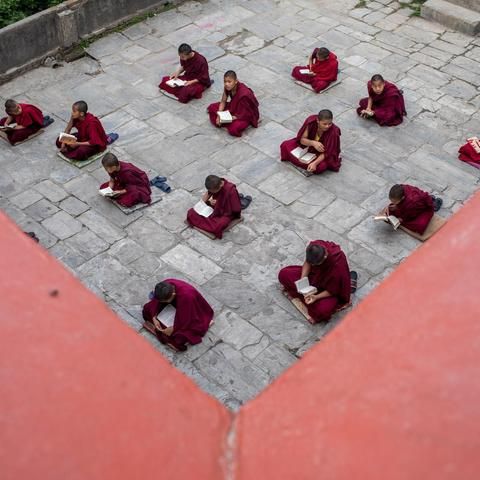 These were the details of the news Coronavirus: More than 50 migrants stranded in Greece by pandemic flown to Britain for this day. We hope that we have succeeded by giving you the full details and information. To follow all our news, you can subscribe to the alerts system or to one of our different systems to provide you with all that is new.

PREV FIFA reveals to Masrawy.. Are results from the previous season canceled...
NEXT China imposes new curbs over COVID Outbreak