American media reported that Saudi Crown Prince Mohammed bin Salman had received a summons to appear before the Washington court.

A document by the Washington court, dated Thursday 29 October, showed that it sent a memorandum and letters of summons to Prince Mohammed bin Salman via the “WhatsApp” application in both Arabic and English, on September 22.

The court documents also included a picture of the letters sent, showing their arrival and access to them by the addressee.

The note was sent specifically at four o’clock and five in the afternoon in the eastern time of the United States (eleven o’clock five minutes in the evening Saudi time), and the addressee saw it about 20 minutes after its arrival.

The case, filed by the former Saudi security advisor, Saad al-Jabri, alleges that bin Salman sent the famous “Tiger Squad” that killed the journalist Jamal Khashoggi in Turkey to assassinate him in Canada in October 2018, just days after Khashoggi’s killing, and the Canadian authorities confirmed the threat that Jabri faced. 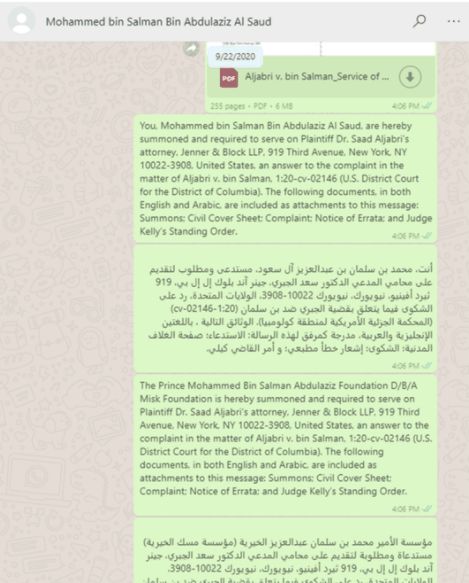 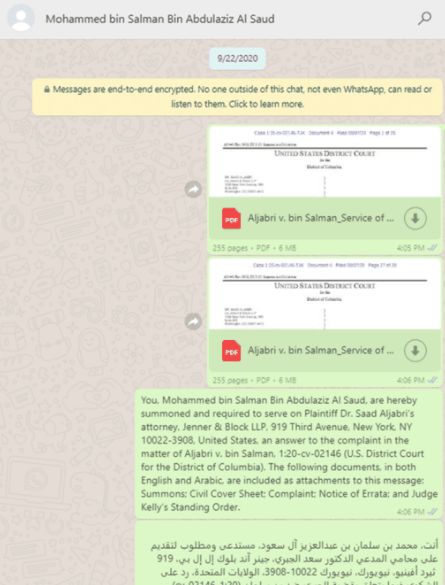 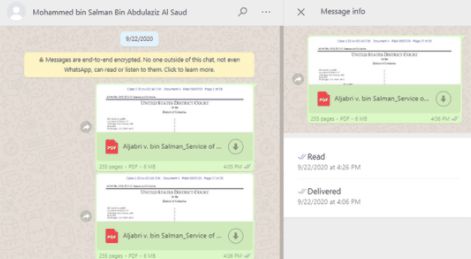 These were the details of the news Summons the Saudi Crown Prince Mohammed bin Salman to appear before... for this day. We hope that we have succeeded by giving you the full details and information. To follow all our news, you can subscribe to the alerts system or to one of our different systems to provide you with all that is new.

Real Madrid plans to get rid of Hazard to join Mohamed...

The Israeli media celebrates a statement attributed to the Saudi foreign...

This is how Tawfiq Al-Rabiah bid farewell to the health sector...

Saudi Arabia: Royal orders include limited changes to the government and...

History of Leicester City vs Man United in the English Premier...