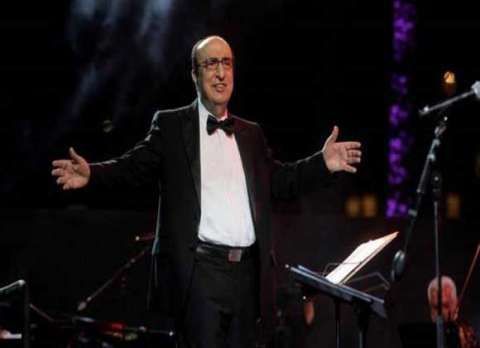 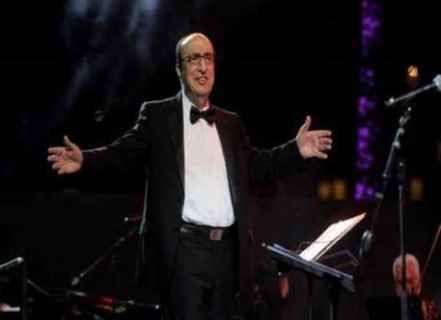 The Rahbani family in Lebanon lost its third pillar of music with the departure of musician Elias Rahbani, the younger brother of the two Rahbani brothers, today, Monday, at the age of 83.

Rahbani, who had always enriched Lebanese and Arab music with his works, left after years of distancing himself from art and appearing due to his severe illness.

For more than sixty years, he composed romantic, popular and satirical songs, all the way to the world of famous advertisements, in addition to his famous songs by Fayrouz, Sabah, Wadih Al-Safi, and other great artists who were famous for composing foreign songs and music, as well as the music of the Lebanese series (Don’t Say Goodbye).

When Elias was five years old, Hanna Rahbani, the father of the Rahbani family, died. The youngest son lived in the custody of the two brothers, Asi and Mansour, who oversaw his upbringing and musical upbringing.

The Lebanese media mourned the great late, as art critic Jamal Fayyad wrote on his Twitter account, “Elias Rahbani is gone … the genius laughter and timeless music have passed over the course of time … the beloved friend who breathed nothing but love, beauty, kindness and melodies … is gone, a beautiful part of Lebanon’s glory.”

The veteran Lebanese journalist Ricardo Karam wrote on Twitter: “Elias Rahbani says goodbye … and Hanna Al-Sakran remains a distraction, and on the walls he pictures the girl of the neighbors,” referring to one of his most famous works by Fairuz, the song (Hanna Al-Sakran).

Rahbani composed more than 2,500 songs and songs, about 2,000 of them in Arabic. He composed soundtracks for twenty-five films, including Egyptian films, and also for soap operas, and classic piano pieces. Among the most famous are the music of the movie My Blood, My Tears, My Smile, My Love, The Most Beautiful Days of My Life and the series “Azif Al-Layl”.

Among his works are the melodies and lyrics of a number of the most famous songs of Fayrouz. Elias also composed many of Sabah’s songs, such as How are you, Asmar, I saw him in Al-Qanater, Ohli Yaba. And he sang his tunes by Wadih Al Safi, Melhem Barakat, Nasri Shams El Din, and Majida Al Roumi. He also collaborated with a number of newer generation singers, including Julia Boutros and Pascal Sakr.

Elias songs by Fairouz: Yallor your love, the forgotten room, with you, O bird warwar, between me and you, Jina the house, they killed me with black eyes, my brothers, we were transferred. Save us.

In the field of poetry, he published his book The Window of Life, 1996.

In 2001, the Francophonie anthem was presented as a tribute to the 52 countries that participated in the Francophone summit held in Lebanon.

In 2005, the song “Bedi Aish” was released, written, composed and distributed by the musician Haifa Wehbe.

Elias Hanna Rahbani is a musician (composer and arranger), songwriter, and orchestra conductor, from Lebanon. He was born in the village of Antelias, from the Al-Matn district in the Mount Lebanon Governorate, north of Beirut, in 1938.

He studied music at the Lebanese Academy (1945-1958) and the National Institute of Music (1955-1956), in addition to receiving private lessons for ten years, under the supervision of French professors in music.

He loved music after he got to know it through his two brothers, Assi and Mansour Rahbani (the two Rahbani brothers), who were older than him.

At the age of nineteen (1957), he wanted to go to Russia to complete his studies. But an injury to his right hand prevented him from doing so. The fading dream was a great shock to him. His teacher has given up on his education. But determined to follow with his left hand, he turned his attention to the field of musical composition.

At the age of twenty (1958), he was summoned by the British BBC radio station in Lebanon and contracted with him to compose 40 songs and 13 programs, and that was his first official job for a wage of 3900 Lebanese pounds.

The year 1962 was a major milestone in his life. He started collaborating with well-known singers with the song “Ma Ahlaha” by Nasri Shams El Din, and he started working as a director and music consultant in Radio Lebanon, and he got to know his beloved “Nina Khalil” and married her.

He remained at Radio Lebanon until 1972, and he also worked as a music producer for companies that produce records. In 1976 he traveled with his family to Paris.

He presented hundreds of musical works to the world, which contributed to the richness and sophistication of Arab arts during the twentieth century.

He received many prizes, including: a prize for a youth competition in classical music in 1964, a prize for the piece La Guerre Est Finie at the Athens Festival in 1970, a certificate in cinema at the International Festival of Advertising Film in Venice in 1977, a second prize at the London International Festival of Advertising in 1995, First prize in Rostock, Germany, for the song Mory, and prizes in Brazil, Greece and Bulgaria. In 2000, Barrington University in Washington honored him with an honorary doctorate, as well as the University of Asturias in Spain.

Was appointed Dean of the Rotana Academy for Teaching Singing, when it was founded in 2004; But he resigned from it after a short period, with the justification that decisions were taken without consulting him.

In the same year, the song “Challenge the World” was released by the singer Saber Al Rubai; Elias objected to the composer of the melody, Khaled Al-Bakri and the producer, Rotana, that it resembles in its melodic sentences some of his melodies, especially the melody of “Nina Maria”, which he composed in the seventies of the twentieth century; But they did not accept to negotiate with him. This led to a lawsuit filed against the composer and the company in the Lebanese judiciary for property rights, and a specialized technical investigation was conducted by the Listening Committee of the Society of Authors and Composers, and Ilias won the case with a ruling compelling the company to withdraw the album from the market and add his name to it.

Was an honorary member of Season 10 and 11 of Star Academy (to comment on the performance); He was previously a member of the jury for the Super Star (Arab Idol) show.

Elias and his wife Nina have two sons, Ghassan and Jad.

These were the details of the news The death of the musician, Ilyas Rahbani, the composer of the... for this day. We hope that we have succeeded by giving you the full details and information. To follow all our news, you can subscribe to the alerts system or to one of our different systems to provide you with all that is new.

New details about the death of Muammar Gaddafi…