Jeddah - Yasmine El Tohamy - RIYADH: For the second year in a row, Dakar Rally drivers, bikers and other assorted daredevils are hitting the dunes, and as the race continues across the diverse terrain of the Arabian Peninsula, problems can occur with the rough tracks.

Leave it to Saudis to come to the rescue. Videos on social media have appeared since the start of the race on Jan. 3, with locals excitedly taking to Snapchat, Twitter and Instagram to share footage of their encounters with the Dakar racers as they offer them directions, cold water, hot coffee and assistance with their vehicles. 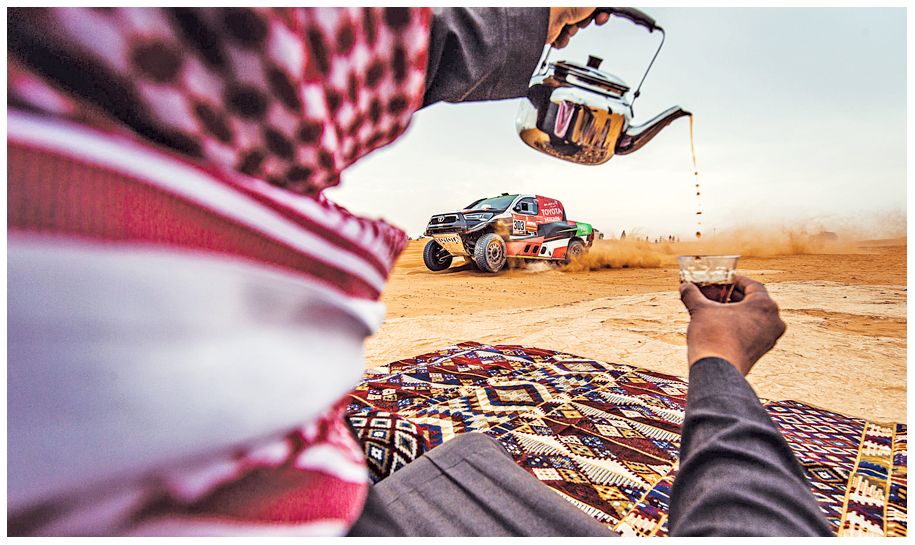 Naif Al-Harbi, founder of the interfaith NGO Saudis for Peace, tweeted a series of pictures of Dakar drivers sipping tea around a campfire with some locals and being offered dates, Arabic coffee and even bukhoor (traditional Saudi incense) inside a traditional Sadu tent.
Al-Harbi told Arab News he was excited that the Kingdom had the opportunity to show the world the true beauty of its landscape, as well as the kind nature of its people.  "Big international events like the Dakar Rally are great opportunities for Saudis to learn about the world, but also for the world to learn about Saudis. The tourism visas were just the beginning; they opened the door for the world to visit us, and with events like the Dakar Rally, the Formula E races, and now the Formula 1 race, people have more incentive than ever to visit the Kingdom,” he said.
“The size of the Dakar Rally’s track is great because it allows the drivers to see many parts of Saudi Arabia, instead of just one,” he said.
“They get to experience all of the micro-cultures and geographic diversity that exist within the Kingdom. It will help eliminate the preconceptions that most people have of Saudi Arabia being just one culture, and one type of landscape.”
This year’s participants had plenty of opportunities to see just how far Saudis are willing to go to welcome guests.
A Snapchat video that made its way to Twitter showed a local man on day two of the race acting as an unofficial “Dakar Guide” for those who had lost their way. 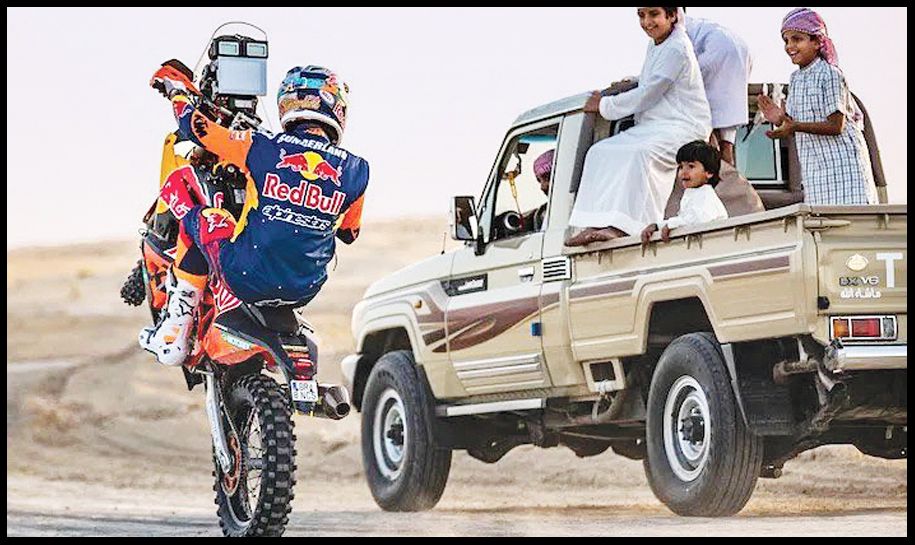 The course, which takes participants through rough and sometimes uncharted territory, often gets the best of the racers, who end up withdrawing early. However, in the Twitter video, the as-yet unidentified local does his best to help competitors out, despite his minimal knowledge of English.
“You want street? One kilometer there, then right,” he repeats at least four times, to four different bikers who had lost their way in the desert. As they drive off, he and another person accompanying him in the car yell advice in Arabic to the bikers, who wave gratefully, understanding the sentiment if not the words.
Another video, posted by a user named Munir Jabbar and circulated widely on Twitter last Sunday, showed a group of Saudi men rushing to the aid of France’s Willy Jobard, this year’s unlucky first-out.

Jobard crashed early on, forcing him to drop out of the race somewhere around Wadi Ad-Dawasir due to rib pain that prevented him from riding comfortably on his motorcycle.
Jabbar and a group of his friends quickly came to Jobard’s aid, undeterred by his lack of Arabic and without knowing who he was. Cheerfully christening him “Abu Saad,” they handed him a bottle of cold water.
They hauled his battered bike into the back of a pickup truck and invited him to ride with them until he could be dropped off at a suitable location. 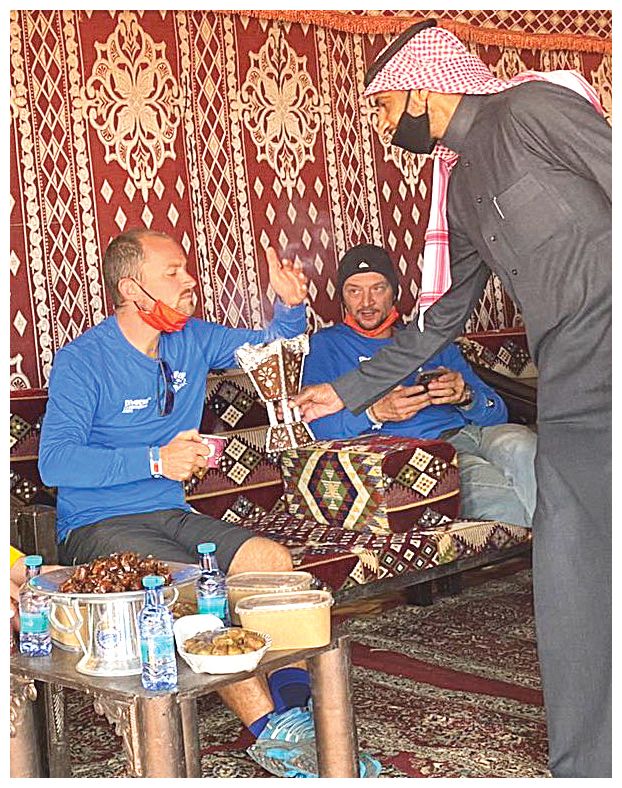 “You are in Saudi Arabia, you are safe,” Jabbar told him in Arabic as he handed him the water, and Jobard responded with a grateful “Shukran, shukran.”
The video received more than 20,000 views on Twitter, with users applauding the men who helped out.
“Bravo. This is the nature of the people of Wadi Ad-Dawasir. It’s impossible for them to see someone having car trouble without stopping to help them,” one user tweeted.

These were the details of the news Saudi Arabia fines over 300 businesses for not adhering to anti-COVID-19 measures for this day. We hope that we have succeeded by giving you the full details and information. To follow all our news, you can subscribe to the alerts system or to one of our different systems to provide you with all that is new.

NEXT A Saudi rescues two lost Sudanese expatriates in the Hail desert...