Jeddah - Yasmine El Tohamy - AL-AHSA: Al-Ahsa is one of 17 regions taking part in the “Arabian Winter” campaign launched by the Saudi Tourism Authority to expand tourism and adventure opportunities in the Kingdom.

Containing more than 200 tourism private sector operators and over 300 social experiences, the city is home to many cultural landmarks promoted by its humble and welcoming people.

“If I were to rank Al-Ahsa, it would be first in everything,” local Mona Al-Hussein told Arab News. “The people here are friendly and so welcoming and are full of life and love. They appreciate every part of the land, and help make Al-Ahsa flourish and prosper for its people. If they have any guests they befriend them and welcome them.”

Located in the Eastern Province, the city is eager to welcome visitors and show them the historic and cultural landmarks it has to offer, Al-Hussein said. 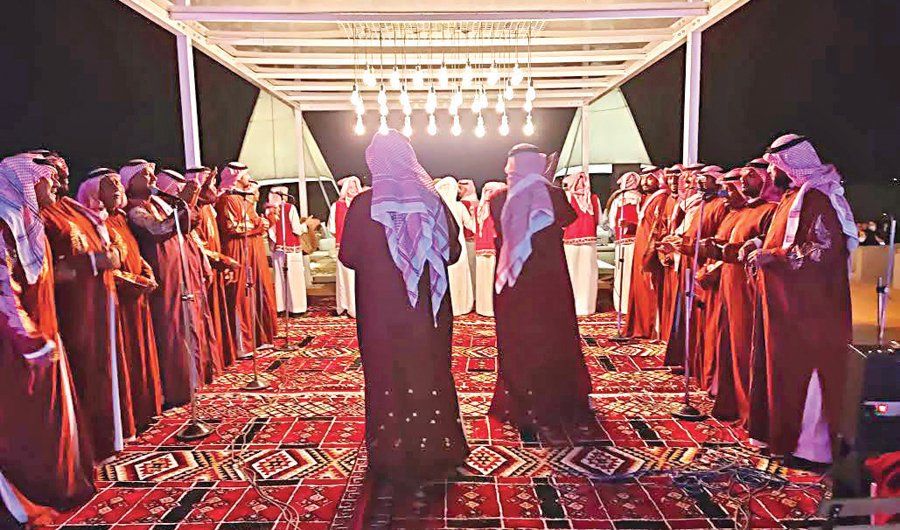 The Tourism Authority has helped pave walkways, allocate local tour guides and create pop-up venues across the city to create an exceptional experience for tourists.

What sets Al-Ahsa apart from other tourist destinations is the overall knowledge gained from each landmark, and the history behind them being explained by passionate, experienced locals.

Containing more than 200 private sector tourism operators and over 300 social experiences, the city is home to many cultural landmarks promoted by its humble and welcoming people.

“Al-Ahsa’s civilization dates back to 5,000 B.C. It is not just the palm trees or the fruit, it is the people — the people are what make up Al-Ahsa,” said Hani Al-Najem, a tour guide. “When you come to Al-Ahsa you find civilization, culture, an oasis, mountains, people and history.”

Nestled between the Gara Mountains is the the Al-Dougha Pottery Factory, owned by the Gabash family. The factory has been passed down through generations for more than 150 years. 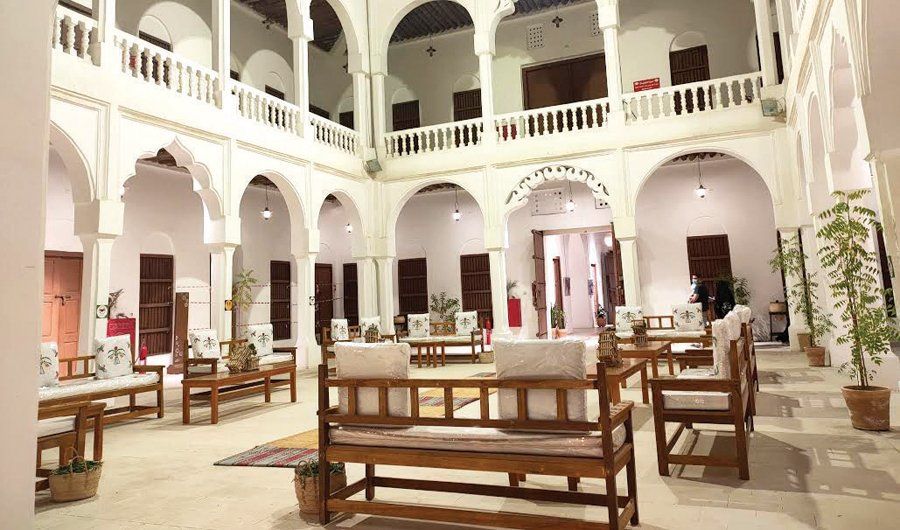 Another landmark in the city is the Craftsmen Market, a newly built trading area that hosts the shops of some of the most well-known craftsmen in the Kingdom.

The market contains skilled artisans that still use the traditional techniques of weaving and woodworking by hand.

The people here are friendly and so welcoming and are full of life and love.

One such artisan is Fatma Mahmoud, who is known locally as Bint Al-Torath. She has used the traditional technique of thread weaving to create clothing, frames and tissue boxes since childhood.

“I learned as a child from my father and have continued the craft for years. It’s important to maintain the origin of our culture. I am proud of who we are. This is how are our ancestors did it, and this is the way I do it to show people the history of our culture,” she told Arab News. “I am proud that I can teach my skills to visitors.” 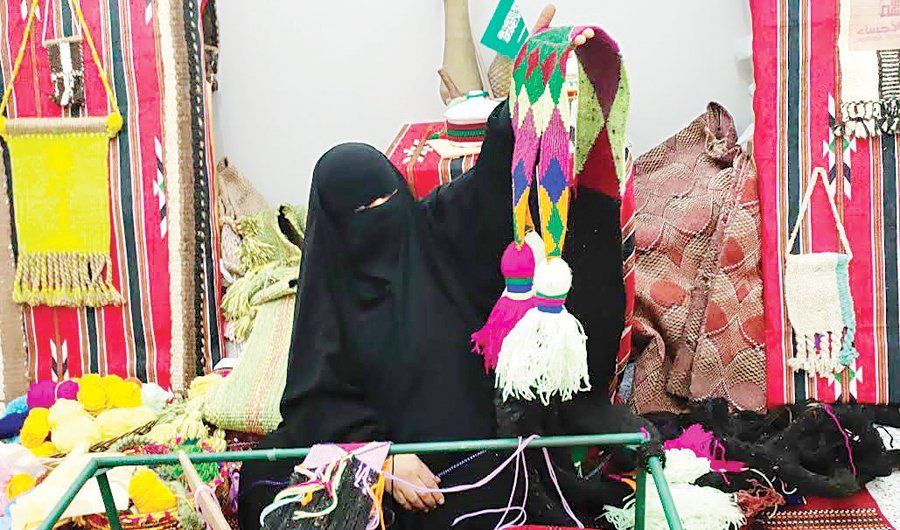 Meanwhile, the Yellow Lake experience, another tourist attraction in the region, embodies the spirit of Al-Ahsa. The lake itself has a surface area of about 326,000,000 square meters and is 3 meters deep. It contains a number of migratory bird species, including egrets, flamingos, eagles and peregrines.

An off-road Jeep ride through the sand dunes transports tourists in a colorful trip through the Yellow Lake, where they can see people parachuting in the sky, equestrian activities, Saudi flags waving in the wind, and tea and coffee gatherings.

Such collaborative efforts are not created by one organization alone, but by locals, in the hope of creating lasting memories and experiences for visitors. 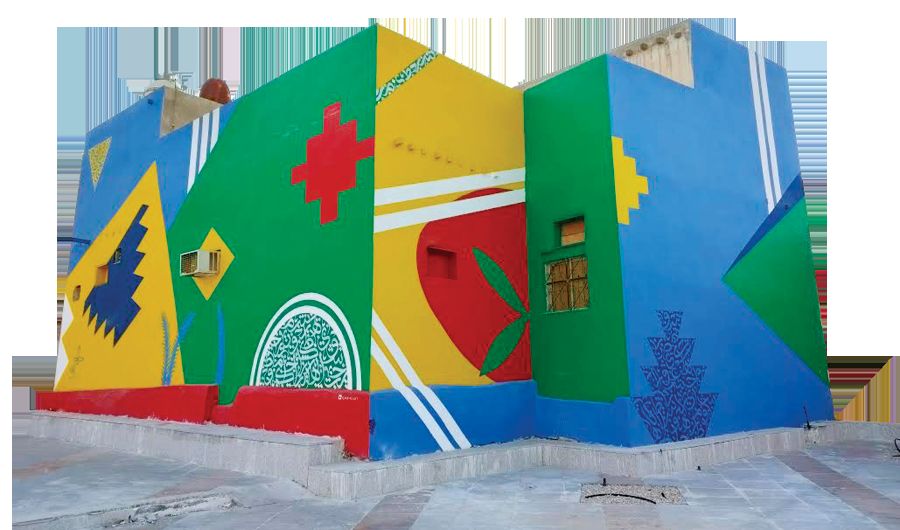 “The youth of Al-Ahsa have become involved in tourism. They have created innovative ideas to better serve the tourism industry, like the gentleman with the 4x4 cars,” Mona Al-Turief, a member of Saudi Tour Guides, told Arab News. “They each used their own cars to create teams and services for tourists.”

Another group of young locals assembled their fleet of Jeeps to guide tourists through the dunes of the desert and into the Yellow Lake. Lights, walkways and maps have been placed in every major landmark to assist tourists. Pop-up tents and venues have also been placed in the heart of archaeological centers to enliven the visitor experience.

Farm owner Abu Mohammed is a self-taught farmer who has harvested crops his entire life. He welcomes guests into his home with open arms and introduces visitors to his daily routine.

“I have been farming since I was a child. I never attended a college or university, I was taught by God,” he told Arab News.

He reaps crops with his sickle and offers tourists a chance to try their hand at farming. He said: “No one comes here and leaves empty-handed. This is our way.”

These were the details of the news Al-Ahsa spirit welcoming tourists with open arms for this day. We hope that we have succeeded by giving you the full details and information. To follow all our news, you can subscribe to the alerts system or to one of our different systems to provide you with all that is new.

PREV Erdogan: Turkey will work to enhance relations with Saudi Arabia
NEXT Saudi Arabia opens the consular section of its embassy in Kabul...

Around 25,000 babies born prematurely in Saudi Arabia per year