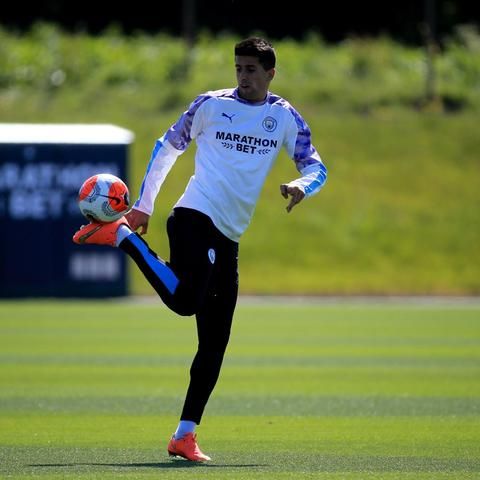 Manchester City manager Pep Guardiola has turned to his coaching inspiration Juan Manuel Lillo to be his new assistant coach.

Guardiola has been on the lookout for an experienced hand to fill the void left by Mikel Arteta, who left the Etihad Stadium to become Arsenal manager in December.

Fellow Spaniard Lillo joins the reigning Premier League champions from Qingdao Huanghai after helping them to achieve promotion to the Chinese Super League.

Lillo, 54, who has previously managed Real Sociedad, Vissel Kobe and Real Oviedo, once mentored Guardiola as a player during their time at Mexican club Dorados de Sinaloa in 2006.

"My relationship with Pep goes back many years and I am thrilled to be joining him as part of this exciting team," Lillo told the club's website.

"Manchester City has enjoyed much success over recent seasons and played a brand of beautiful football we have come to expect from this club and its manager.

"It's a pleasure to become a part of this group and I hope to make an important contribution to the club’s success going forwards."

City will restart their campaign after the coronavirus-enforced shutdown against Arsenal on June 17.

Arteta who served under Guardiola at City for nearly three years, was one of the first high-profile figure in English football to test positive for Covid-19 on March 12.

These were the details of the news Manchester City boss Pep Guardiola turns to mentor Juan Manuel Lillo for this day. We hope that we have succeeded by giving you the full details and information. To follow all our news, you can subscribe to the alerts system or to one of our different systems to provide you with all that is new.