Hind Al Soulia - Riyadh - The former forward, 56, scored 62 goals in 121 appearances for his national team before retiring from international football in 1997 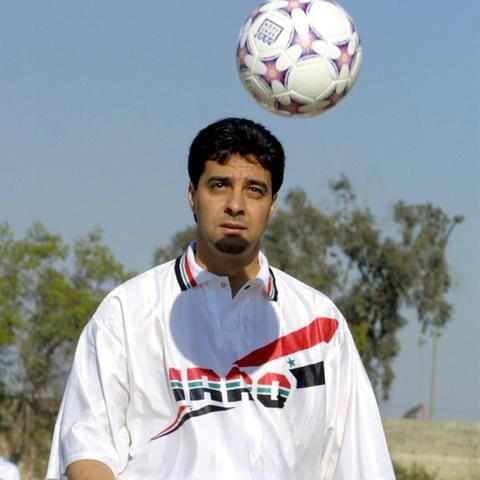 Ahmed Radhi, one of Iraq’s most celebrated former footballers, has died as a result of complications arising from Covid-19.

The former forward, 56, scored 62 goals in 121 appearances for his national team before retiring from international football in 1997. His strike against Belgium at the 1986 World Cup remains his country’s only goal scored at a global finals.

Radhi, who won five Iraqi league titles across spells with Al Rasheed and Al Zawraa, was voted Asian player of the year in 1988. He is the only Iraqi to be awarded that honour.

Born in Baghdad, Radhi called time on his club career in 1999 before spending a brief stint in management. As a player with the Iraq national team, he was part of the side that won gold at the 1982 Asian Games and then the Gulf Cup in 1984 and 1988. Radhi played all three of Iraq’s matches at the 1988 Olympics in Seoul, scoring against Zambia and Guatemala.

Radhi is Iraq’s joint-third most capped player of all time, while he sits second on their all-time list for goalscorers, behind former teammate Hussein Saeed.

These were the details of the news Iraqi football great Ahmed Radhi dies after contracting coronavirus for this day. We hope that we have succeeded by giving you the full details and information. To follow all our news, you can subscribe to the alerts system or to one of our different systems to provide you with all that is new.