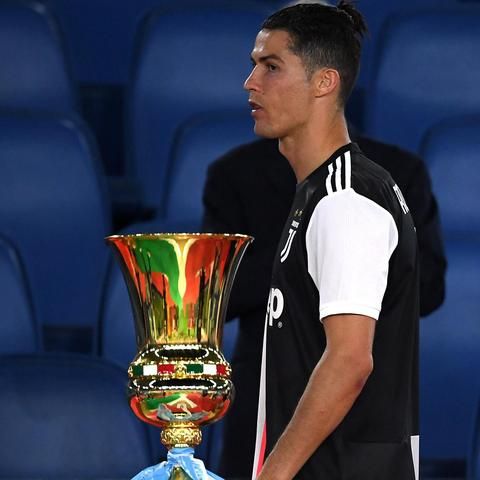 Fans of Cristiano Ronaldo and Serie A around the world were deprived of the chance to watch the league's return from the coronavirus shutdown after BeIN Sports pulled its coverage from the air over a dispute with the league.

Fans trying to watch Saturday's comeback match between Torino and Parma on the the Qatari-owned network were greeted with blue screens and that continued for Sunday's more high-profile matches featuring Atalanta and Inter Milan.

"For legal reasons, BeIN has had to take the unfortunate decision to not broadcast Serie A matches. We apologise for any inconvenience this causes, but hope you continue to enjoy the other premium sports content on our channels," BeIN said in a statement.

BeIN did not specify whether league leaders Juventus' clash with Bologna would be broadcast later on Monday.

The comments refer to a long-standing dispute with Saudi Arabia, which it claims is behind a pirate system, named BeoutQ, that shows its images via satellite.

BeIN's president Yousef Al-Obaidly has criticised both Serie A and the Spanish football authorities for their relationships with Saudi Arabia despite the allegedly state-sponsored pirating of one of its key international broadcasters.

The group holds the rights to Serie A until 2021 in 35 areas including France, Turkey, 24 Middle East and North African countries, Indonesia and the Philippines, and claims to generate over half of the league's international revenues.

Saudi Arabia has strenuously denied BeoutQ is broadcast from the kingdom and that it had a “strong record of protecting intellectual property and is committed to applying its national law and procedures in full conformity with WTO [World Trade Organisation] rules”.

These were the details of the news BeIN Sports block Serie A broadcasts over Saudi Arabia dispute for this day. We hope that we have succeeded by giving you the full details and information. To follow all our news, you can subscribe to the alerts system or to one of our different systems to provide you with all that is new.

PREV Ronaldo is preparing his way to rescue Manchester from his confusion...
NEXT Farouk Jaafar: Mohamed Sharif is “not an international player”