Thank you for your reading and interest in the news Barcelona 'stop' talks with Inter Milan over Lautaro Martinez, move for Neymar also unlikely, says Josep Maria Bartomeu and now with details

Hind Al Soulia - Riyadh - The 22-year-old Martinez, who has scored 17 goals in all competitions for Inter this season, has been heavily linked with a move to the Camp Nou 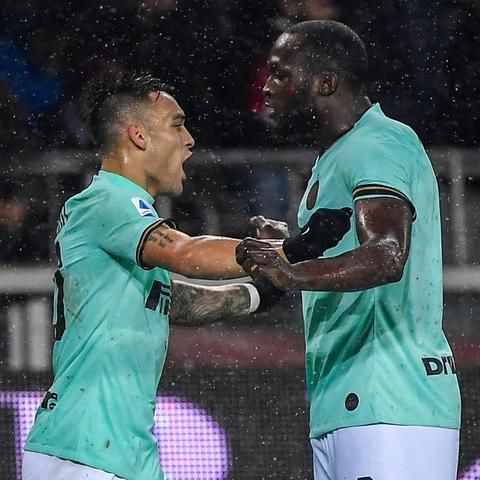 The 22-year-old Martinez, who has scored 17 goals in all competitions for Inter this season, has been heavily linked with a move to the Camp Nou.

"We spoke with Inter a few weeks ago but now the discussions have stopped. Now we are not speaking," Bartomeu told Catalan television.

"We have to finish La Liga and the Champions League and then see what the priorities are."

He also said Barca were not anticipating making a summer move for former forward Neymar, who Paris Saint-Germain made the world's most expensive player in 2017.

"I don't think PSG will put any player on the market and Neymar is a PSG player," he said.

There have been fresh doubts about the future of Lionel Messi in recent weeks, with the six-time Ballon d'Or winner reportedly frustrated with the club's failure to build a world-class squad.

Spanish media reported earlier this month Messi had broken off negotiations on extending his contract, which expires next year.

"With Messi we talk, we have talked and we will talk," Bartomeu said.

"He is the best player in football history and has years in football ahead. I have no doubt that he will stay with Barca. His future is here in football and after football."

Bartomeu also confirmed under-pressure manager Quique Setien would stay in his post at least until the end of the season.

"We went to Setien's house to talk about the future, about the planning for the next season."

Barcelona sit second in the La Liga table with two matches remaining, one point behind arch rivals and leaders Real Madrid, who play their game in hand against Granada later on Monday.

These were the details of the news Barcelona 'stop' talks with Inter Milan over Lautaro Martinez, move for Neymar also unlikely, says Josep Maria Bartomeu for this day. We hope that we have succeeded by giving you the full details and information. To follow all our news, you can subscribe to the alerts system or to one of our different systems to provide you with all that is new.