Thank you for your reading and interest in the news FA Cup final: Mikel Arteta hopes trophy will convince Aubameyang to stay at Arsenal and now with details 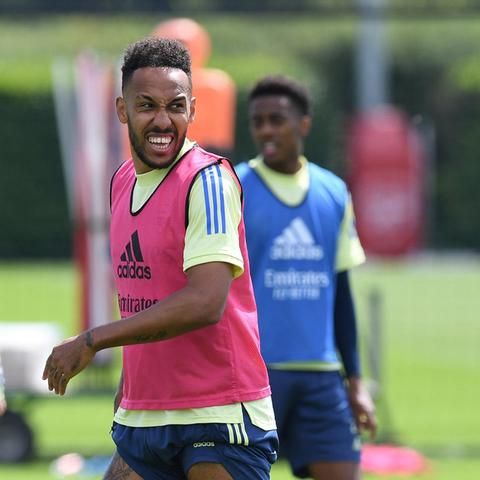 Arsenal manager Mikel Arteta believes Pierre-Emerick Aubameyang's future at the club could be influenced by the outcome of Saturday's FA Cup final against Chelsea.

Aubameyang, 31, has just one year left on his deal at the Emirates and given Arsenal's financial situation, he might be sold in the close season if he cannot be convinced to extend his contract.

Despite his strike rate as one of Europe's deadliest forwards over the past six years, Aubameyang has just two major trophies to his name with cup wins at St Etienne and Borussia Dortmund.

Arteta captained Arsenal to two FA Cup wins during his playing career and believes such success could convince Aubameyang to trust the club are going in the right direction.

"No, I don't have that feeling," said Arteta on Friday when asked if Saturday's clash could be Aubameyang's final game for the club.

"It's a package at the end. You need to have a lot of ingredients on the table to persuade a player of his level to be at this football club.

"Don't forget that he still has a contract here with us. We want to do it in a long-term, at the moment he's with us and he should be really proud of where he is.

"Winning a trophy helps to really believe and feel 'wow, I want more of these moment. If you are wearing the armband and able to lift that cup, it is such a moment. This is going to help for sure."

Winning a trophy in his first season in management would also be a huge bonus for Arteta to prove he can restore Arsenal to their former glory.

"It generates trust when you win titles," he added. "It generates moments when together you go through some good emotions.

"It brings everybody together, you have memories, there is a lot of things about winning a trophy that is so positive for any group and when you are in a process of [development] that makes it even more important, so we have a great opportunity tomorrow, let's go for it."

These were the details of the news FA Cup final: Mikel Arteta hopes trophy will convince Aubameyang to stay at Arsenal for this day. We hope that we have succeeded by giving you the full details and information. To follow all our news, you can subscribe to the alerts system or to one of our different systems to provide you with all that is new.