Thank you for your reading and interest in the news Nations League: Orphaned Dutch must make do without Ronald Koeman and now with details

Hind Al Soulia - Riyadh - At the end of his first two days supervising the Barcelona first-team, Ronald Koeman would be forgiven if he had glanced briefly back at what he gave up for the opportunity to become their head coach. Lively though his first sessions were there is no ignoring the great dark clouds hanging over Barca.

The big, thunderous one is the absence of the world’s finest player. Two weeks ago, Koeman made it his priority, after being headhunted from his job coaching the Netherlands, to meet with Lionel Messi and explain he intended to rebuild Barca around the resident star and captain. Messi, it quickly emerged, sees his future elsewhere. He has not attended training this week as the battle over if, and how, he might leave continues.

Twelve other Barcelona players are currently absent on international duty, and two of the senior men who have been taking orders from Koeman have already been told by him they can leave. One of those, Luis Suarez, 33, will leave a huge gap; another, Arturo Vidal, will not be leaving quietly. He arrived at practice having aired some explosive remarks in an interview.

“Barcelona have to change their thinking,” said the 33-year-old Chilean, “because they are being left behind. Football is developing into a more physical game, more about strength and speed.

Technique is less important.” None of which was welcomed by the purists who regard ‘The Barcelona Way’, privileging possession-football, as almost sacred. 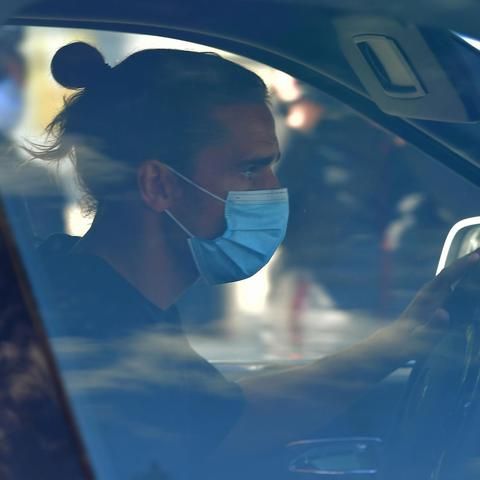 Koeman does not expect to be in daily dialogue with Vidal for much longer, the midfielder, formerly of Bayern Munich and Juventus, most likely to take his warrior ways to a Serie A club in the coming days.

But Koeman would recognise a hint of truth in the suggestion that Barcelona need to raise the physical side of their game. The team who lost 8-2 to Bayern in the Champions League quarter-final last month was ageing, brittle and short of stamina.

Koeman also recognises he is a symbol of The Barcelona Way. Thirty years ago, the Dutchman was brought as a player to Barcelona by Johan Cruyff, when Cruyff, whose pass-and-move principles have been the club’s style-template for close to half a century, was head coach. Koeman was a defender, but one whose passing, and indeed goalscoring, were exceptional.

Over a long varied managerial career, he has been a pragmatist more than a purist. But nobody has more experience of how important is a team’s identity and tradition is to supporters.

Until two-and-a-half weeks ago, Koeman was in charge of a national team which is as self-conscious as any about the sort of football it should aspire to: the Netherlands, home of so-called Total Football, and a sporting culture still in thrall to the late Cruyff.

Netherlands, thanks largely to Koeman, who took over the national team in 2018, are on the up. Having failed to reach either the finals of Euro 2016 or the last World Cup, they were catapulted by Koeman to second place in the 2019 Uefa Nations League and qualification for the postponed Euro 2020 tournament.

Koeman had always been clear. If he had a chance of coaching Barca, he would take it. “It was his dream, so it’s not a great surprise,” said Virgil van Dijk, the Dutch captain about Koeman’s switch. “We’re disappointed because he’s a great coach, but we understand.”

Holland are entitled to feel a little orphaned. They will play their two Nations League matches, against Poland and Italy, this week under the watch of a caretaker, Dwight Lodeweges, pending the appointment of what will be a sixth head coach in as many years.

Koeman would advise the next man in that it is a job with good prospects of success, with promising young players emerging - the Dutch were European Under 17 champions in 2018 and 2019 - and some distinguished, freshly-minted club medals in the hands of the seniors, from Van Dijk and Gini Wijnadum’s Premier League golds with Liverpool, to Luuk de Jong’s Europa League gong from last month.

Memphis Depay has had a good summer, too, with the surprise Champions League semi-finalists, Lyon, as have Nathan Ake and Donny van de Beek, joining Manchester City and Manchester United.

Theirs is a national side with a spine of excellence. Koeman may come to envy that, as he contemplates the ragged patchwork of problems at Barcelona.

These were the details of the news Nations League: Orphaned Dutch must make do without Ronald Koeman for this day. We hope that we have succeeded by giving you the full details and information. To follow all our news, you can subscribe to the alerts system or to one of our different systems to provide you with all that is new.

PREV Reports: Flamengo is close to signing former Arsenal player Luiz
NEXT 3 Ahly people compete for the title of top scorer in...