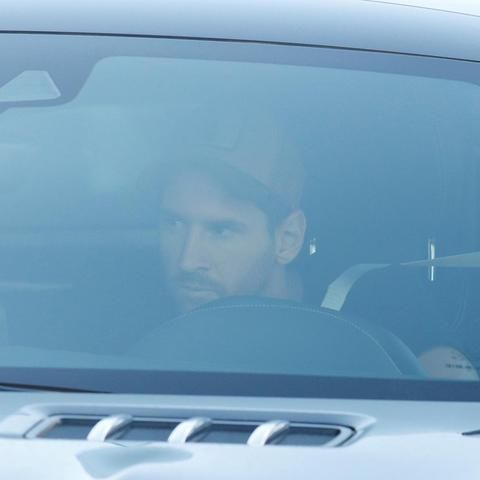 Lionel Messi reported for training with Barcelona on Monday, beginning his reintegration with the squad after failing to secure a move away.

The Argentine superstar on Friday gave an explosive interview in which he said he will remain at the club, albeit reluctantly, after accusing club president Josep Maria Bartomeu of reneging on an agreement to let him leave in this transfer window for free.

The return of Barcelona's embitterred captain and greatest ever player may not be an easy one, particularly given some of his closest teammates are likely to soon depart

Both were seen arriving at training on Monday amid reports they had been asked to train alone ahead of their proposed transfers.

If Messi passes his coronavirus test and rejoins training without problems, he could feature in Barcelona's friendly against Gimnastic Tarragona on Saturday.

It would be the first time Messi has played for the team since their historic 8-2 defeat by Bayern Munich in last month's Champions League quarter-finals.

These were the details of the news Lionel Messi reports for Barcelona training for first time since saying he'll stay - in pictures for this day. We hope that we have succeeded by giving you the full details and information. To follow all our news, you can subscribe to the alerts system or to one of our different systems to provide you with all that is new.