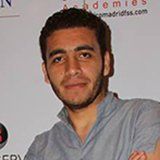 Mayar Sherif grabbed the spotlight and gained the attention of the Egyptian fans through the social networking site, where she topped the trend during her first appearance in the main role of Roland Garros in front of Czech Carolina.

Egyptian Mayar Sherif bid farewell to the Roland Garros tournament – one of the four tournaments of the Grand Slam series – after defeating world number four Czech Karolina Pleshkova in a group to two groups.

Mayar Sharif, the first Egyptian to participate in the main role of the Roland Garros championship, gave a strong performance against Carolina during the match, and appeared in a distinguished level, and with a combat performance.

Mohamed Salah, the English star of Liverpool and the Egyptian national team, posted a picture of the match on his official Instagram account, in which he supported Mayar during her confrontation with Carolina.

The official Roland Garros tournament account tweeted after the end of the match, saying: It was not an easy match for Carolina, and she survived an uphill confrontation with Mayar Sharif.

Mohamed Siraj, a member of Al-Ahly’s board of directors, praised, through his official account on Twitter, what Mayar presented, saying: A big match from the girl of Egypt is characterized by high spirit, intelligence and determination to the last moment of the match .. adding a great future awaits you, God willing .. My honor to Egypt

And the journalist Amr Adib wrote on his official account on Twitter: Mayar Sherif, the girl of Egypt, against the break, presented a tennis match, not the most wonderful in Roland Garros, a strong, stubborn, intelligent and remarkable skill, who lost to the number four ranked in the world.

Adding: Mayar has a great future ahead of her. We must take care of her and make all her dreams come true. Forget the football for a bit. There is a need for honor.

These were the details of the news Mayar Sharif grabs the spotlight after appearing on Roland Garros for this day. We hope that we have succeeded by giving you the full details and information. To follow all our news, you can subscribe to the alerts system or to one of our different systems to provide you with all that is new.

Stunning images of Mars from the Hope Probe

In pictures.. The arrival of the Al-Ahly and Zamalek missions to...

The worst looks of the stars on the third day of...

The massacre of Algerians in Paris: the story of the massacre...