Press reports revealed that Lionel Messi’s attempt to leave Barcelona in the summer of 2020 was not the first to leave the “Camp Nou”, as he contacted Jose Mourinho to play under his leadership in Chelsea.

“Sky Italia” sports network confirmed that Messi made a long phone call with Jose Mourinho in order to join him in the English club Chelsea in the summer of 2004, when the Portuguese coach began his career with the “Blues”. 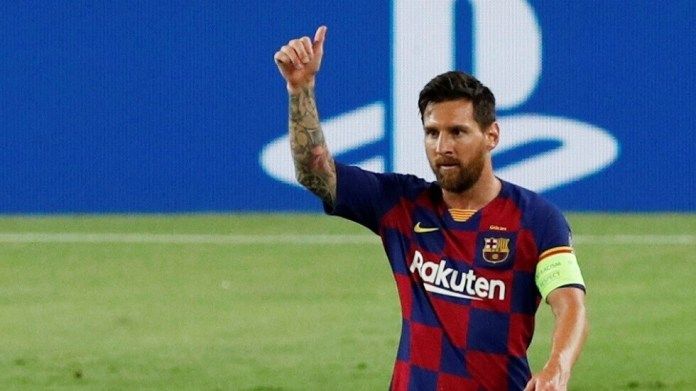 The report stated that the Argentine star wanted to play under Mourinhos leadership, especially after the amazing work that the Portuguese did with FC Porto and achieve the Champions League title, in a resounding surprise, and the exclusion of old clubs from the competition, such as Manchester United.

At the time of Mourinhos appointment as technical director of Chelsea, Messi was 16 years old, and later in June 2004, he was seventeen.

And “Sky Italia” confirmed that Messi tried hard throughout the summer of 2004 to leave the “Camp Nou” stadium because his main wish was to play under Mourinhos leadership in any way, but in the end that wish was not fulfilled, and the Argentine continued in Barcelona to write an exceptional history for him and the Catalan club.

It is noteworthy that Lionel Messi (33 years) dawned a loud surprise during the Mercato Summer 2020, after he sent a fax to the Barcelona administration notifying it of his desire to leave, by activating a clause in his contract that allows him to do so for free, before eventually retracting, because the Catalan team did not agree He confirmed that he requested to leave after the expiration date of the item.

These were the details of the news Surprise .. Messi contacted Mourinho to play under his leadership for this day. We hope that we have succeeded by giving you the full details and information. To follow all our news, you can subscribe to the alerts system or to one of our different systems to provide you with all that is new.

Health announces the registration of 881 new positive cases of the...

The autopsy and the arrest of Greenough.. Extensive investigations into the...

Mohamed Salah is waiting for records in the face of Man...