The absence of Argentine star Lionel Messi from the outside cover of the video of the final list for Barcelona in the 2020-2021 season sparked controversy among the club’s fans on social media.

On Thursday evening, the Catalan club published a video clip on its official page via “Twitter”, to introduce all the players, and the surprise was that the club did not put the captain’s picture on the cover of the video.

The matter raised many questions about the absence of the most important player from appearing, who used to issue Barcelonas covers and advertisements on all occasions.

On the other hand, Ansu Fati, Antoine Griezmann, Gerard Pique and Ter Stegen appeared on the cover. 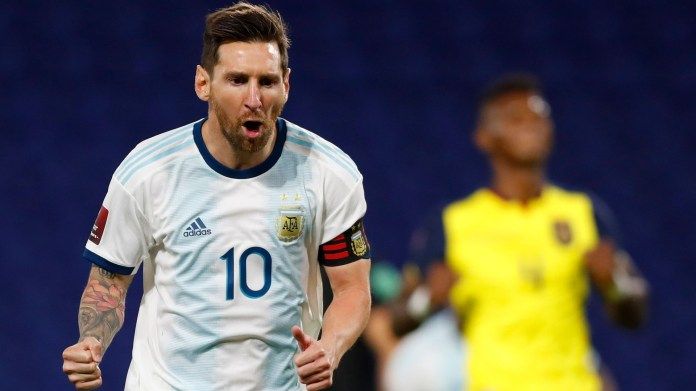 In addition to that, all the players appeared having fun and laughing while changing Barcelonas shirt to the new version, or carrying things like Sergio Dest did, as he raised his country’s flag, except for Messi, who appeared for a few seconds, without any interaction with the clip.

Some suggested that Messi did not participate in the recording of this propaganda clip, and they used an old photo of the Argentine striker, who appeared with his long beard, which he got rid of recently, in light of his tense relationship with club officials recently, which resulted in the star of the team wanting to leave the walls of “Camp Nou.” ” this summer.

While some attributed the matter to advertising reasons, especially since Messi has a contract with Adidas, while the official sponsor of the Catalan club is another company, “Nike”, but Messi appeared last September on the cover of the first team jersey.

Some have said that the advertisement may have been filmed during the past two days, during the period when Messi was absent for the participation of his country in the FIFA World Cup Qatar 2022 qualifiers, but the matter did not happen with the remaining international players calling for their national teams during the international suspension period.

So the matter remains in question among Barcelona fans, about the reasons for Messi’s absence from the promotional image for the new season, and is it an indication of what happened recently in the star’s attempt to leave and leave for Manchester City, before confirming his continuation in the ranks of the Catalan club, and his rejection of the idea of ​​going to court against his club, which He played for him for 20 years.

These were the details of the news Video raises controversy again about Messi and his relationship with Barcelona for this day. We hope that we have succeeded by giving you the full details and information. To follow all our news, you can subscribe to the alerts system or to one of our different systems to provide you with all that is new.

PREV With a painful loss, the end of Manchester City’s dominance in...
NEXT Farouk Jaafar: Mohamed Sharif is “not an international player”

Elissa mocks Qardahi..”He does not understand the Yemeni or the Lebanese!”

For the third time, the Security Council is unable to reach...