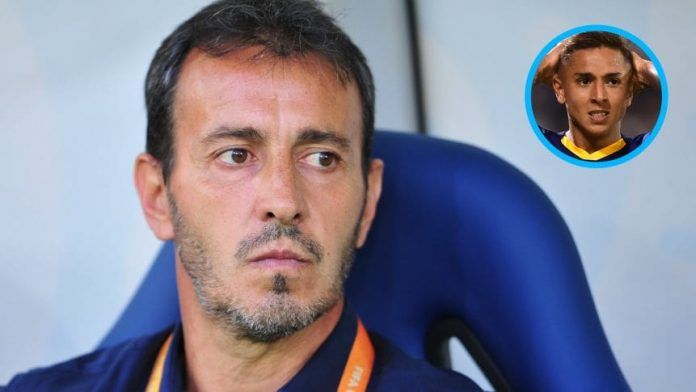 While Boca and the midfielder Agustin Almendra live a conflict due to the unjustified absences of the footballer -which has already passed to the club’s legal department-, the coach of the U20 and U20 teams, Fernando Batista, he lamented the situation: “I feel sorry because Agustín is a great player“.

“What we say sometimes happens There are so many things that surround a boy that he is not prepared … There is a sale, there is talk that he is leaving, then the sale is frustrated and, with it, all those dreams that 18 or 19 year old boys have. I feel sorry, angry, because Agustín is a great player, I know it“, assured the Bocce in dialogue with FM 94.7 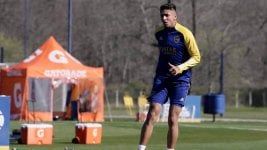 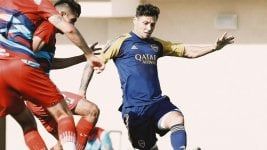 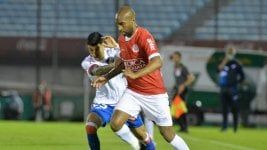 While the footballer was intimidated by the club to appear, in addition to having been financially sanctioned, the truth is that the situation has not yet been solved. “For Agustín, for his family and because we must recover a great player, I hope it is solved. It has shown that it is very good. Also for the club, which has capital, and for the National Team, because without players who were always in orbit and tomorrow you don’t know if they can return“, added Batista, who had the Xeneize player in several calls and even in the U20 World Cup Poland 2019.

In any case, beyond expressing his desire for the situation to come to fruition, Batista confessed not being fully internalized regarding the conflict: “There always has to be communication between the player and the club. It is what can never be missing and I imagine they are. These talks are sometimes given from a young age. One is preparing the player since he is in inferiors for what is going to come next. In the specific case of Agustín, one does not know well the bottom of what the situation is“.

*The article has been translated based on the content of Source link by https://www.tycsports.com/boca-juniors/fernando-batista-me-da-lastima-lo-de-almendra-porque-es-un-gran-jugador-276610.html
. If there is any problem regarding the content, copyright, please leave a report below the article. We will try to process as quickly as possible to protect the rights of the author. Thank you very much!

These were the details of the news Fernando Batista: “I feel sorry for Almendra because he is a... for this day. We hope that we have succeeded by giving you the full details and information. To follow all our news, you can subscribe to the alerts system or to one of our different systems to provide you with all that is new.

PREV Greece’s Sakkari boosts her chances of appearing in ATP Finals
NEXT 3 Ahly people compete for the title of top scorer in...