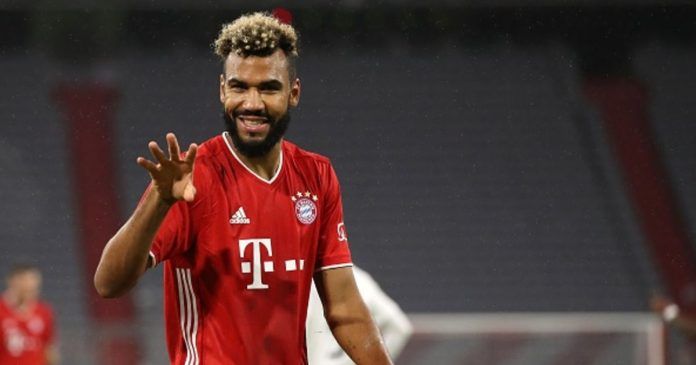 Without the players of the various national teams, Bayern Munich returned to the pitches yesterday (Thursday) and easily defeated Daren from the fifth league 0: 3 in the first round of the German Cup. Despite the victory, the local media criticized the ability and expected more than the European champion against the inferior rival, who actually surprised for good.

Coach Hansie Flick took the opportunity to give debut appearances to Bona Sar, Douglas Costa, Eric Chopo-Moting and Mark Roca, who started in the lineup. Also, two 17-year-old players, born in 2003, took part in the game – Jamal Musiala (17 and 232 days) and Armindo Sib (17 and 241 days) – who became two of the three youngest players in the club’s history. The record, by the way, holds David Alaba, who did so at 17 and 231 days old. By the way, for Fiber the debut ended in bitter taste when he was substituted 27 minutes after coming on as a substitute after injuring a not-so-simple ankle problem.

But the show was stolen by one man – Chopo Moting. The striker scored a double and squeezed a penalty (which was scored by Thomas Muller) and was Bayern’s man in the game. He was so close to doing something big that no one before him had done – scoring a hat-trick in his debut. He had a few chances to do that during the game, but the player who came from Paris Saint-Germain was only close and only touched on this tremendous landmark. Gerd Müller, Robert Lewandowski – they failed to do that, and if the Cameroonian had actually signed this statistic he could certainly have been proud and written in the history books of the Bavarian Empire.

“Three goals was better,” he said Chopo Muting At the end. “It wasn’t that easy, Daren did a good job, especially at the start of the game. I had a good premiere, I’m glad I won twice. My fitness and performances will improve over time. I did not play for a certain period and I work hard in training. “

Thomas Muller He admitted that Bayern did not show enough ability: “It was not a brilliant performance for us, but it was enough. We did the work we had to do. Darren came up with a surprising game plan and should be given respect for that. “From the first moment until the last minute, they did not look like a team from the fifth league.”

also Hansi Flick, The coach, complimented the humble opponent: “She attacked bravely from the beginning. It took us a while to get into the game, but in the end the win was unquestionable. The new players have managed to show how much they can help us. I am pleased with their first appearance. Now we want to see them progress step by step. “

*The article has been translated based on the content of Source link by https://sport1.maariv.co.il/world-soccer/german-league/article/438473/
. If there is any problem regarding the content, copyright, please leave a report below the article. We will try to process as quickly as possible to protect the rights of the author. Thank you very much!

These were the details of the news Bayern Munich: Eric Chopo Muting was close to breaking a record for this day. We hope that we have succeeded by giving you the full details and information. To follow all our news, you can subscribe to the alerts system or to one of our different systems to provide you with all that is new.

PREV Legend Pele to his fans: I am now closer to the...
NEXT Farouk Jaafar: Mohamed Sharif is “not an international player”