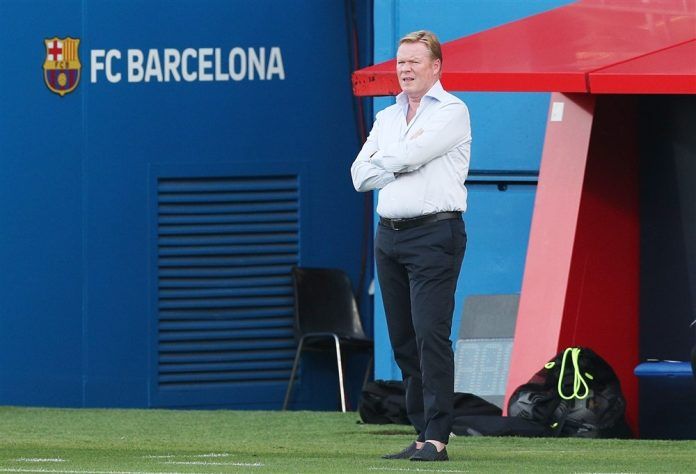 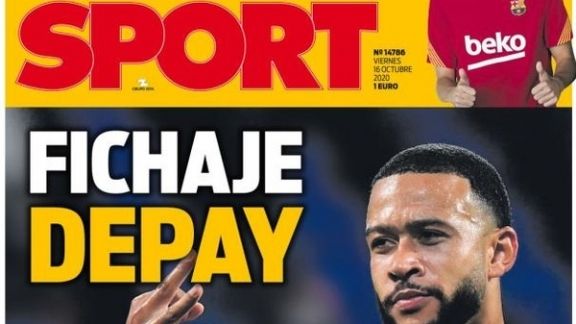 The image of Memphis Depay is on the front page of Friday morning Sport. The Spanish sports newspaper reports that the arrival of the Orange International in January has top priority for Barcelona. Before Depay can be brought in, however, there is still room to be made in the salary budget and we are currently working hard on that.

Barcelona is currently working hard to sell Ousmane Dembélé and Martin Braithwaite somewhere. The former was already close to a transfer in the last transfer window, as Manchester United was expressly interested. However, Dembélé himself decided against a transfer, as a result of which the transfer from Depay to Barcelona could not be realized. Trainer Ronald Koeman reportedly gave Dembélé homework to train on an individual basis during the international match period.

Dembélé missed a large part of the past season due to injuries and was also not pain-free during the preparation for the current football season. The employment of the 23-year-old attacker at Barcelona is not yet a resounding success. The Catalans paid 130 million euros in the summer of 2017 to loosen Dembélé at Borussia Dortmund and so far he has played 75 games in the Barcelona shirt, in which he has scored 19 goals and 16 assists.

Braithwaite can also look forward to another club in January. The 29-year-old Danish striker was taken over from Leganés in February of this year for eighteen million euros as an emergency bandage after Dembélé suffered a long-term injury. The 44-time Danish international has played eleven games for the time being (in which he scored once) and still has a contract until mid-2024, but is not in Koeman’s plans and has not yet played this season. Braithwaite’s name was previously associated with a move to West Ham United.

Only when Braithwaite and Dembélé have left, or have agreed to a salary cut, will Barcelona have room in the salary budget to bring in Depay. The transition of the 26-year-old Orange-international seemed in jugs and pitchers, but eventually rebounded. As a regulator on behalf of the national government, LaLiga refused to authorize a transfer from Depay to Barcelona because the club did not have its finances in order. Depay has an expiring contract with Olympique Lyon and has no plans to renew it for the time being.

Koeman not satisfied with Frenkie de Jong: ‘I told him that’

Do you see Memphis Depay leaving for Barcelona in January?

*The article has been translated based on the content of Source link by https://www.voetbalzone.nl/doc.asp?uid=378589
. If there is any problem regarding the content, copyright, please leave a report below the article. We will try to process as quickly as possible to protect the rights of the author. Thank you very much!

These were the details of the news ‘Barcelona must discharge duo to allow Depay arrival in January’ for this day. We hope that we have succeeded by giving you the full details and information. To follow all our news, you can subscribe to the alerts system or to one of our different systems to provide you with all that is new.

PREV Hegazy wins the player of the month award in the Saudi...
NEXT 3 Ahly people compete for the title of top scorer in...

“Made in the UAE” is a jewelery and arts fair that...

“Made in the UAE” is a jewelery and arts fair that...