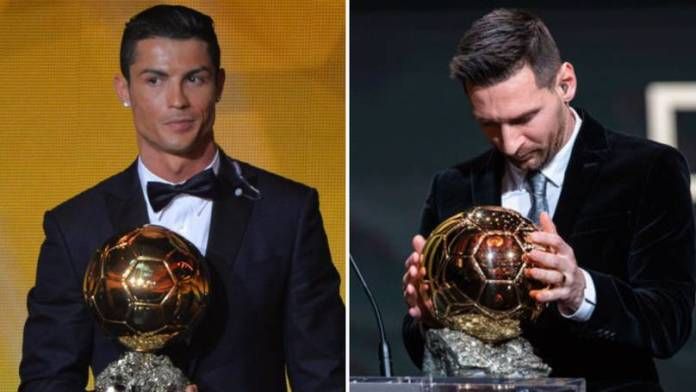 Ronaldo and Messi dominated the Ballon d’Or from 2008 to 2017 as they battled for the coveted France Football award.

But YouTuber StatsTube has now calculated the accumulated score each player received between 1956 and 2019.

According to StatsTube, Ronaldo has accumulated an incredible 3,601 points from his Ballon d’Or nominations.

Messi finished the race with 2,961 points behind the former Manchester United and Real Madrid superstar.

Liverpool defender Virgil van Dijk is the only player in the top 10 not to win the Ballon d’Or.

Below are the 10 players who have the most Ballon d’Or points in history.

In the statement by the organizer of Ballon d’Or in July, “We did not want to put an indelible star on the price list, as it is a trophy that was won in exceptional circumstances due to the Covid-19 health crisis.”

“In order to protect the credibility and legitimacy of such a price, it must also be guaranteed that it will function properly over time.”

These were the details of the news Player with the most Ballon d’Or points in history for this day. We hope that we have succeeded by giving you the full details and information. To follow all our news, you can subscribe to the alerts system or to one of our different systems to provide you with all that is new.