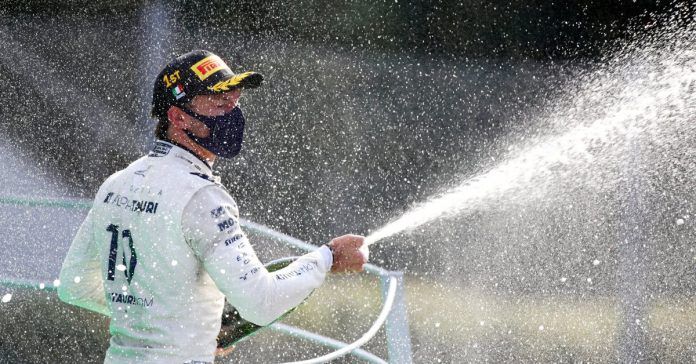 Pierre Gasly is one of the figures of this 2020 in Formula 1: Where will he continue if he races? (Photo: Reuters)

In case of Pierre Gasly is one of the most striking in the Formula 1. He went from great promise to discarded, to hit a complete turn until he was one of the figures of the season despite driving a car in inferior conditions to the main ones. Poor performance of Alexander Albon en Red Bull Racing He made believe that they were going to give him a new chance in the main team, but that option does not seem potable at the moment. Y the news about its future is now shaking the market of passes of the category.

The Swiss newspaper Look assured that the 24 year old pilot will try to negotiate with Alpine, the name that Renault will carry from 2021. Gasly’s intention, according to the aforementioned media, is to be the partner of the experienced Fernando Alonso replacing his compatriot Esteban Ocon.

The detail, no less, is that the French pilots had a close friendship until that link was severed. “We used to be friends. But then I started to beat him and he didn’t like it. We were really best friends in the past. We did many things together with Esteban. When we were nine or ten we used to go karting when it was snowing. We spent a lot of time together. But it got to a point where he got very upset and was no longer pleasant. So we stopped being friends. From there we always had a lot of rivalry. If we don’t talk about racing that’s fine, we can spend time together. We respect each other ”, Gasly surprised the press during 2018 after the Bahrain GP. 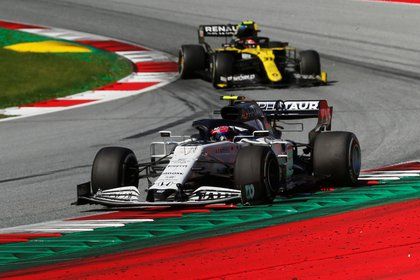 Gasly ahead with the Alpha Tauri and Ocon behind with the Renault (Photo: Reuters)

Today finds them in different settings. Gasly comes from making history by winning the Monza GP with Alpha Tauri and ranks 10th in the Drivers’ Championship after finishing sixth in the last race held in Germany. Ocon, for his part, had the best result of a 5th place in the year and is 12th in the table –three withdrawals–, far behind his teammate Daniel Ricciardi (4th).

But the news is not only shocked by the fact of being able to see Gasly making the jump to Alpine. Also because many pointed to him as Albon’s replacement at Red Bull Racing as Max Verstappen’s teammate. With this option gaining momentum in the media, Helmut Marko, a man of influence in the energy drinks team, lowered his tone notably a month ago: “Right now we are not studying the rise of Pierre. Gasly is one of our Red Bull riders, he’s at Alpha Tauri right now and he’s doing a great job there, but we also need that team to have a leader.

Albon, with a car superior to Pierre, is just 11 points ahead of him in the Drivers’ Championship and his future within Red Bull Racing appears to be doomed. However, the rumors that are beginning to sound strongly in that team have the name of Nico Hulkenberg. Marko recognized in the last hours that for the first time they could go looking for a name outside of his pilot academy and the German is in consideration after his 7th and 8th place this year aboard the Racing Points that he had to command as replacement for Czech Pérez and Lance Stroll.

Hülkenberg is not the only one on Marko and co’s list: The Mexican Pérez is also under consideration. “We can call the names that are available in the market”Helmut admitted in the last days after the Eifel GP. 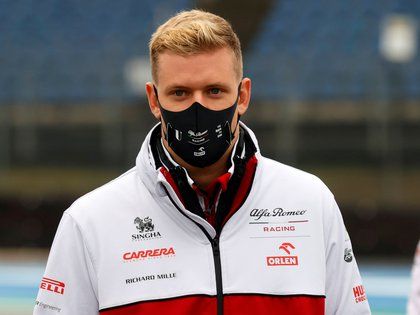 The Swiss medium Look warn that finally Mick Schumacher will land at Alpha Romero as a replacement for Antonio Giovinazzi and as a partner for Kimmi Räikkönen, while Robert Shwartzman Y Robert Shwartzman –The other two up-and-coming Ferrari driving academies– will battle for a spot in Haas.

As to Alpha Tauri, the option of releasing Albon to the second team is still valid always tied to what happens with Gasly. Russian could also be left without a place Daniil Kvyat, who would be replaced by the Japanese Yuki Tsuonda, a Red Bull academy driver who is third in the Formula 2 table at just 20 years old.

All this takes place at a time of full uncertainty for Red Bull Racing after the announcement of Honda’s departure as a motorcyclist by the end of 2021. The team did not define the course it will follow and there are even rumors that indicate that the continuity of Verstappen is in danger if not they give you a competitive car.

MORE ON THIS TOPIC:

Emotional moment in Formula 1: Mick Schumacher gave Hamilton a helmet from his father and left him speechless

*The article has been translated based on the content of Source link by https://www.infobae.com/america/deportes/2020/10/16/gasly-a-renault-el-rumor-que-mantiene-en-vilo-al-mercado-de-pases-de-la-formula-1/
. If there is any problem regarding the content, copyright, please leave a report below the article. We will try to process as quickly as possible to protect the rights of the author. Thank you very much!

These were the details of the news Gasly to Renault? The rumor that keeps the Formula 1... for this day. We hope that we have succeeded by giving you the full details and information. To follow all our news, you can subscribe to the alerts system or to one of our different systems to provide you with all that is new.

PREV “A seductive and historical show” by Salah .. And Mane is...
NEXT How Ronaldo surprised Manchester United players?