The English club Liverpool is keen to flirt with its Egyptian star, Mohamed Salah, and raise his spirits before every fierce confrontation, whether in the Premier League or the Champions League, and the Reds club has published on its official Twitter account, a little while ago, a picture of Mohamed Salah smiling during the team’s recent training In preparation for the tough Everton encounter, he commented, “The laugh lasts.” 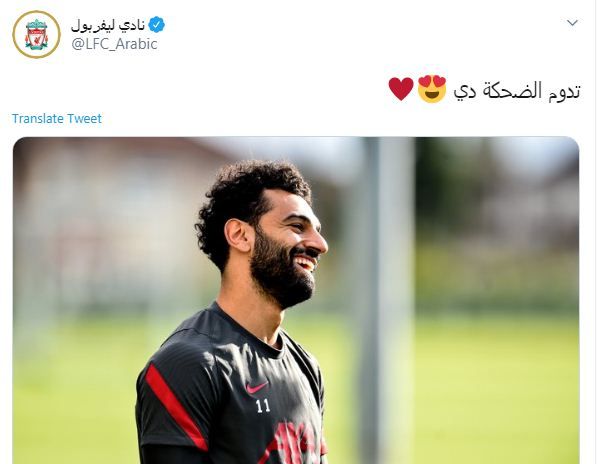 The German coach Juergen Klopp, the Liverpool coach, praised the performance of the Egyptian star Mohamed Salah, the wing of the team, which remained steadfast despite the recent failure that occurred against Aston Villa with a 7-2 loss, and that praise came one day before the team’s match against Everton, the leaders of the English League at the time. The current one, in the Merseyside derby, which brings them together at Goodison Park, in the fifth round of the English Premier League. 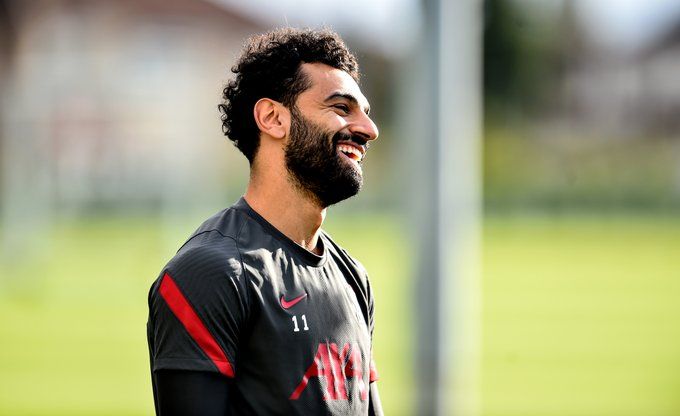 Klopp said during the press conference for the meeting: “All of these players are a mixture of their natural abilities along with hard work, without training you do not have a chance. As I said, Mohamed Salah’s skills are great, but without good training he will not be like this, so he is a mixture.”

Klopp added about Salah, “I admire him very much, he scored twice against Aston Villa, but he would like to score in other matches and want to win in general. He was really good so far, an integrated player, a suitable choice for us and still.”

Liverpool coach Juergen Klopp also praised Everton’s contract with Colombian James Rodriguez, describing the “Toffes” deals during the transfer market as “ideal.” The comments of the German coach came to the British Broadcasting Corporation (BBC) before the Liverpool derby, which his team is playing against Everton on Saturday, at the start of the fifth round of the English Premier League.

Klopp said, “I could not have respected Carlo Ancelotti more than this. He is a wonderful person. When I heard that he was contracting with Everton, I told myself that it is the new challenge for Liverpool.”

These were the details of the news Liverpool flirts with Mohamed Salah with a picture of training before... for this day. We hope that we have succeeded by giving you the full details and information. To follow all our news, you can subscribe to the alerts system or to one of our different systems to provide you with all that is new.

PREV Liverpool issues a statement after the incident that the Manchester City...
NEXT Newspaper reveals Mohamed Salah’s condition to renew his contract with Liverpool

The railway will receive a batch of new Russian vehicles through...

10 main objectives of President Sisi’s initiative “A decent life”.. Get...

“Environment”: Egypt is safe and will not be affected by the...