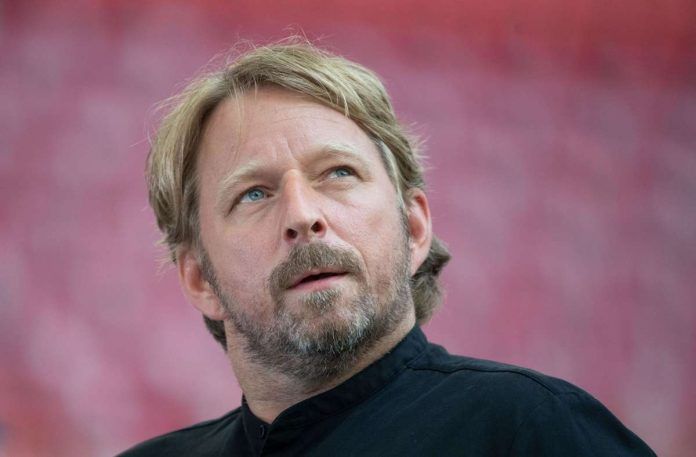 VfB sports director Sven Mislintat has been responsible for three transfer phases with the Swabians so far. We took a close look at the accompanying figures and worked them up graphically.

Stuttgart – This year’s summer transfer phase ended on October 5th. For weeks there was haggling over players and contract terms. Also at VfB Stuttgart. There, sports director Sven Mislintat worked off his homework list very early. The important deals – Wataru Endo, Pascal Stenzel, Gregor Kobel and Waldemar Anton, were already wrapped up in good time, so that Mislintat only made smaller transfers later in the window and steered the two talents Momo Cissé and Naouirou Ahamada to the Neckar.

From our plus offer: The big interview with Sven Mislintat

For three transfer windows – summer before the 2019/20 season, winter of the 2019/20 season and now this summer, the Westphalian has been responsible for all transfer movements around the club with the chest ring. There were a total of 47 personnel movements for the additions, 39 for the departures – whereby the portal Transfermarkt.de, on the numbers of which our processing is based – also lists loan returners and players who were bought but immediately loaned out.

These personnel movements cost VfB under Mislintat’s leadership 32.85 million euros. It raised 84.99 million euros. The Pavard millions are included here, a transfer that falls into the first Mislintat transfer phase in summer 2019, but was already completed without his intervention. The balance sheet from VfB’s point of view is financially very positive – the bottom line is a full plus of 52.14 million euros.

In our editorial team’s VfB podcast, our editors Carlos Ubina, Christian Pavlic and Philipp Maisel devote themselves in detail to the “Mislintat balance sheet” and the approach that shapes the work of the sports director.

Last but not least, in this list we show all outflows under Sven Mislintat, with the associated sums known to us. In the picture gallery we have also listed the five most expensive additions and exits.

*The article has been translated based on the content of Source link by https://www.stuttgarter-nachrichten.de/inhalt.transfers-beim-vfb-stuttgart-zahlen-daten-und-fakten-die-bilanz-von-sven-mislintat.a9405a4d-4062-493a-9f4c-8398040b7bd5.html
. If there is any problem regarding the content, copyright, please leave a report below the article. We will try to process as quickly as possible to protect the rights of the author. Thank you very much!

These were the details of the news Transfers at VfB Stuttgart: Numbers, dates and facts – Sven Mislintat’s... for this day. We hope that we have succeeded by giving you the full details and information. To follow all our news, you can subscribe to the alerts system or to one of our different systems to provide you with all that is new.

PREV Video .. A fan storms the stadium and prevents Messi from...
NEXT The expected formation of Zamalek against Enppi in the league