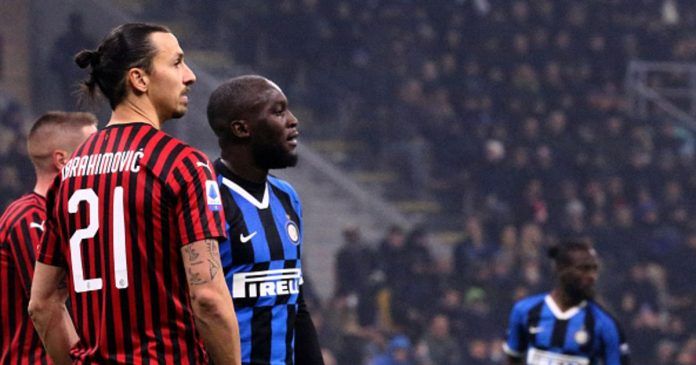 Italy are excited for the first derby of the season between Inter and AC Milan tonight (Saturday) at 19:00. “His Majesty the Derby is coming to make you spin,” read the Gazzetta della Sport. “to touch the sky, Like in the good old days“It was written in the largest newspaper in the country where they focused mainly on the pair of pioneers Romulo Lukaku and Zlatan Ibrahimovic -” Call them ‘Iberco – God of Goals’ “. Another who warmed up the atmosphere ahead of the game is the former striker Antonio Cassano (38), the Italian who played for both teams and also in Rome and Real Madrid. He referred to the pioneers and analyzed the balance of power.

Cassano Talked about the championship fight: “It is too early to assess but Inter is definitely the team that has the most to lose. I really thought Antonio Conte would leave after the outburst at the end of last season, now he stays and must not fail, he must win Scudetto after joining Arturo Vidal and Ashraf Hakimi and Otto Martinez remains. This is a strong team. At Juventus, Andrea Pirlo is in his first year, so it’s time to end their winning streak. “

Ibrahimovic or Lukaku: “Zlatan is the best player in Serie A. Lukaku is young and talented but has nothing to compare. At 39, physical strength is not enough, you need quality. Ibra has a lot of that. I think that after the “original” (Brazilian) Ronaldo and after Marco van Basten – there is an organ. Recall that Cassano played with Zlatan for two years in the Rossoneri uniform

About Milan: “Stefano Fioli deserved to continue because he recorded a great end to the season and came to Europe. Ralph Rangnick did not win any titles. I would suggest to Fioli to use 4: 2: 3: 1 to cause Inter problems in the wings. ”

The favorite for the derby: “Inter is a favorite but Ibra can turn the situation around on the assumption that the fact that it happened in Corona did not rob him of his great power. I think Otto has improved and he is reminiscent of Sergio Aguero. “

The Italian also referred to Christian Eriksen: “Conte does not like this type of players, he prefers the intensity of Vidal in the center of the field because he is very dynamic, but Eriksen is great, a quality player and a champion.”

At the end of the striker, who always talked about his sympathy for Inter, Robe for the upcoming game. When asked who he wants you to win, he said: “I won the Italian Super Cup and especially the championship with Milan but above all I owe my life to this club, they rescued me from death when I had a heart problem. “Silvio Berlusconi and Adriano Galliani treated me like a son.” He further added that he subsequently did not receive an offer for a new contract and was forced to sign with Inter.

*The article has been translated based on the content of Source link by https://sport1.maariv.co.il/world-soccer/serie-a/article/439343/
. If there is any problem regarding the content, copyright, please leave a report below the article. We will try to process as quickly as possible to protect the rights of the author. Thank you very much!

These were the details of the news Italian League: Zlatan Ibrahimovic is better than Romulo Lukaku according to... for this day. We hope that we have succeeded by giving you the full details and information. To follow all our news, you can subscribe to the alerts system or to one of our different systems to provide you with all that is new.