Dutch defender, Virgil van Dyck, suffered a severe injury today, Saturday, during the “Merseyside Derby” between his team Liverpool and his host Everton (2-2) in the sixth round of the English Premier League.

Virgil van Dyck was knocked off the field early in the 16th minute of the first half, after suffering a severe injury following a violent intervention by English international goalkeeper Jordan Pickford.

The coaching staff of the Liverpool team, led by German Jurgen Klopp, was forced to make an early change, and pushed his defender, Joe Gomez, to replace Van Dyck, who left the field unable to walk well, relying on the team doctor.

Van Dyck is expected to undergo medical examinations in the coming hours to diagnose the nature of his injury and the period during which he will stay away from Liverpool’s matches.

The referee of the match, Michael Oliver, did not award a penalty and any foul against the reckless goalkeeper Beckford, after his violent intervention on the Dutch defender. 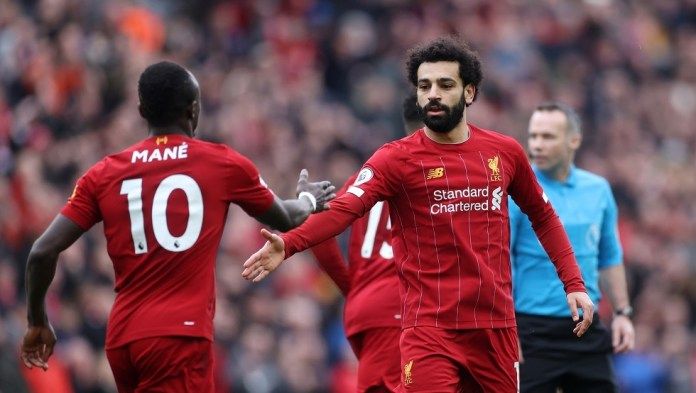 And the global “Sky Sports” network wrote in its analysis of the match, that the referee should have shown the red card immediately in the face of Pickford because of the violent interference on Van Dyck.

But according to English reports, the referee, Michael Oliver and his assistant crew, including the team of video referees, decided to count an offside case against Van Dyck, in the game in which he was injured with Beckford, and thus refused to take a penalty in favor of Liverpool, and the referee refused to punish Pickford.

Liverpool fans launched a violent campaign of criticism and attack on the referee, after the joint ball between Beckford and Van Dyck, stressing that the referee should have immediately declared the red card in the face of the reckless goalkeeper, who might have eliminated through this interference the future of the Dutch defender. For a long time.

These were the details of the news Liverpool receives a painful blow .. Video for this day. We hope that we have succeeded by giving you the full details and information. To follow all our news, you can subscribe to the alerts system or to one of our different systems to provide you with all that is new.

France .. The “rapist of the Senar forest” was sentenced to...

Musimani’s wife: Al-Ahly wants the coach to continue… and he leaves...