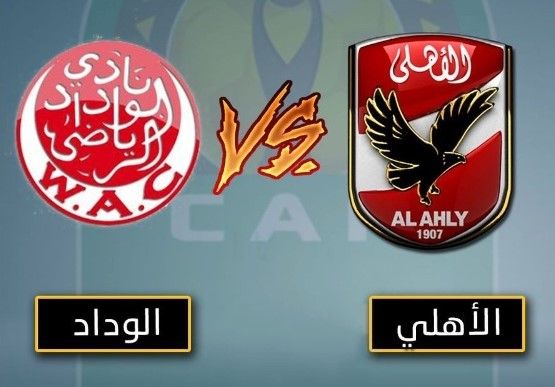 The Egyptian club Al-Ahly enters at nine oclock this evening, a heavy guest at Moroccan club Wydad, at the Mohamed V complex, in the semi-final first leg of the African Champions League, and Al-Ahly club will miss a group of its influential stars, especially before the defense, namely Mahmoud Metwally and Rami Rabia In addition to the player Mahmoud Kahraba, after he injured the back muscle.

The first team in Al-Ahly club enters today’s match with full concentration and strength, in order to provide a positive result in front of the Wydad team at its home. Goalkeeper Mohamed El-Shennawi has recovered after the last injury he sustained and the match is scheduled to start as a primary, and the Tunisian international player Ali Maaloul joined the team camp. After he ended his international matches with the Tunisian national team.

On the other side, the owner of the land will enter the match today, affected by several absences, which were highlighted by Ayoub Al-Labor and Michel Baptounde due to injury, and defender Salah El-Din Saeedi will be absent from the match due to his infection with the Corona virus, and the Wydad team will strive to enter the match with all force in order to score a goal at the beginning of the meeting that will comfort the team The match and help him win the match before the second leg in Cairo.

Date of the match Al-Ahly and Wydad

The match kicks off at exactly nine oclock Cairo local time and ten oclock Mecca al-Mukarramah local time, and the match will be played at the stadium and stadium of the Mohammed V Sports Complex.

These were the details of the news Yalla Shot Exclusive Live Streaming | Watch the Al-Ahly and... for this day. We hope that we have succeeded by giving you the full details and information. To follow all our news, you can subscribe to the alerts system or to one of our different systems to provide you with all that is new.

Twitch reassures its users: passwords were not leaked in the breach

How can a security vulnerability be closed through the WhatsApp encryption...

The moment the spacecraft of the Russian film team landed in...