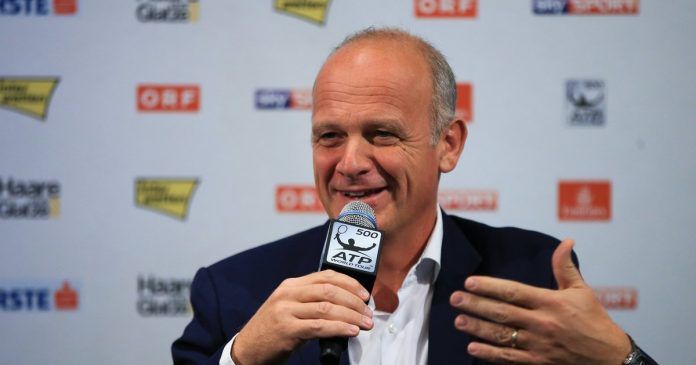 The ATP 500 event in 2020 can look forward to the strongest field of participants in the history of the tournament. Only COVID-19 could be loud Herwig Straka still become a problem.

The “cut off” at an ATP event describes the world ranking position that is necessary to qualify directly for the main field. At the ATP 500 tournament in Vienna this is 27th, every player with a lower ranking has to go through the qualification. A circumstance that amazed even tournament boss Herwig Straka: “This is, I believe, the most difficult tournament to play that I have ever seen,” said Krone.at as saying the Styrian.

The most prominent player in the field announced his start somewhat surprisingly, said in the press conference after the bitter final defeat against Rafael Nadal that he wanted to start in the Wiener Stadthalle for the first time since 2007. The next day the organizers were able to confirm this, the performance of the world rankings was perfect. But this goes hand in hand with some special requests: “So that he performs perfectly, he has an environment around him, where there are things from food to fitness that we have to fulfill, but that’s okay,” said Straka.

It was not a financial issue, said Straka, and the agreement was reached accordingly quickly. “Novak just wanted to play,” reveals Straka. Meanwhile, the Styrian is not very convinced that final opponent Nadal could do the same as the Serb: “I spoke to him once this week and I don’t think he will come.” The switch to hard court would be too quick for the Spaniard, explains Straka .

At this point in time, only COVID-19 could spoil the game for the organizers, who are planning these days with 1,500 visitors per session, and the newly introduced day and night session will allow up to 2,500 people to watch top tennis daily in the Wiener Stadthalle. “It is obvious that the situation has tightened a bit in the last few days and weeks. But there is still not a single proven case at an event that is professionally organized”, Straka is convinced of the incident-free implementation.

“It doesn’t exist in the whole city”

This is also to be secured by a 40-page prevention concept that the organizers have put together over the past few weeks, which has already been approved by the health authorities. “Nothing can actually happen there, because there is not so much distance, as many tests and examinations as in the town hall for the spectators in the whole city”, emphasizes Straka.

The Erste Bank Open will take place from October 26th to November 1st in the Wiener Stadthalle. Novak Djokovic goes into the tournament as number one, Dominic Thiem as number two is the defending champion. A total of seven top 10 players will serve in Austria’s capital.

*The article has been translated based on the content of Source link by https://www.tennisnet.com/news/atp-wien-herwig-straka-schwerst-zu-spielende-turnier-das-ich-je-gesehen-habe
. If there is any problem regarding the content, copyright, please leave a report below the article. We will try to process as quickly as possible to protect the rights of the author. Thank you very much!

These were the details of the news ATP Vienna: Herwig Straka – “The hardest tournament to play that... for this day. We hope that we have succeeded by giving you the full details and information. To follow all our news, you can subscribe to the alerts system or to one of our different systems to provide you with all that is new.