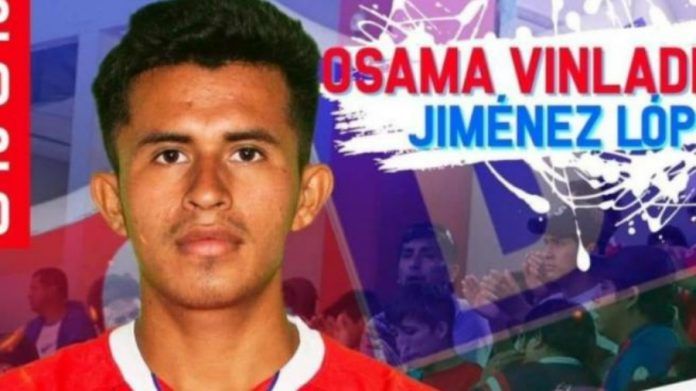 Social networks were filled with jokes and memes for the name of a Union Comercio player, and who has stood out in minor teams

In Latin America they do not miss the funny or even absurd names that they sometimes give their children. Thus, in El Salvador there are Chespiritos or Chilindrinas, Usnavis (for the United States Naval Force, US Navy), John Robinson … Martínez, among other cases that give even tenderness.

And the world of football does not escape from that equation. In fact, in the national round plays a Zidane, of course, it’s Zidane Martínez. Now, in Peruvian football a figure has emerged that has excelled in minor teams, but what is less talked about is his abilities, and what is most surprising is his incredible name.

It is nothing less than Osama Vinladen, already cataloged in the media and on Twitter as the signing “BOMBA”. The name obviously sounds like that of the terrorist Osama Bin Laden, who organized the attack on the Twin Towers in the United States.

18-year-old Osama Vinladen Jiménez is the new signing of Unión Comercio, from Peru, and soon the memes related to his name began to appear.

Some of the memes that have emerged are below:

*The article has been translated based on the content of Source link by https://www.elsalvador.com/deportes/futbol/futbol-viral-osama-vinladen/765260/2020/
. If there is any problem regarding the content, copyright, please leave a report below the article. We will try to process as quickly as possible to protect the rights of the author. Thank you very much!

These were the details of the news BEWARE OF THE BOMB SIGNING: Osama Vinladen will play in Peru!... for this day. We hope that we have succeeded by giving you the full details and information. To follow all our news, you can subscribe to the alerts system or to one of our different systems to provide you with all that is new.

PREV Misr Al-Maqasa signs two Al-Ahly goalkeepers in a free transfer deal
NEXT A possible confrontation between the two poles of Riyadh in the...