Lando Norris was sentenced for his half-hearted apology after belittling Lewis Hamilton’s record win at the Portuguese Grand Prix on Sunday.

Hamilton took his 92nd Formula 1 win by a 25-second lead by breaking Michael Schumacher’s record for most racing wins, but Norris seemed to downplay the success.

The McLaren driver suggested that Hamilton would have an easier time than his opponents due to the dominance of his Mercedes car. 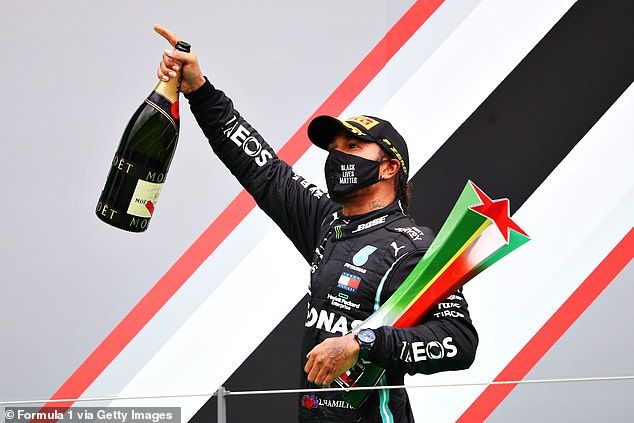 After the race, Norris said: “I’m just happy for him, nothing else.

“It really doesn’t mean anything to me. He’s in a car that should basically win every race.

“He has to beat another driver or two, that’s it. Fair play for him, he’s still doing the job he has to do. ‚

Norris apologized Tuesday but did not mention Hamilton by name.

“I owe an apology,” Norris said on Twitter. “I’ve been stupid and careless about some of the things I’ve said in the media and interviews lately, and haven’t shown certain people the respect I should be. I’m not that kind of person so I know to apologize to them, but also to anyone who reads / listens. We are sorry.’

Fans criticized the 20-year-old for his inadequate apology. One person wrote: “You can’t even name Lewis. Shame on you for not being respectful. “

Another added: sorry to who? I heard you apologized and thought ok this is a start, good for you, but after reading it it seems very half-hearted and quite disappointing that you omitted their names. The apology seems to come from the advice of your media team. Very disappointing.’

Fans were particularly saddened that Norris didn’t mention Hamilton by name. One person wrote: “Mention his name Lando! Have no fear. ‚

Another said, “Why not say the name of the“ people ”? You speak of one of the best drivers in @F1 history. @LewisHamilton deserves all respect, not just from you @LandoNorris all of us. You are young and the real talent, but you have to be humble.

Norris was 13th after a collision with Lance Stroll. The Racing Point rider crossed him and contracted his orange machine. He turned off the track and damaged both cars. 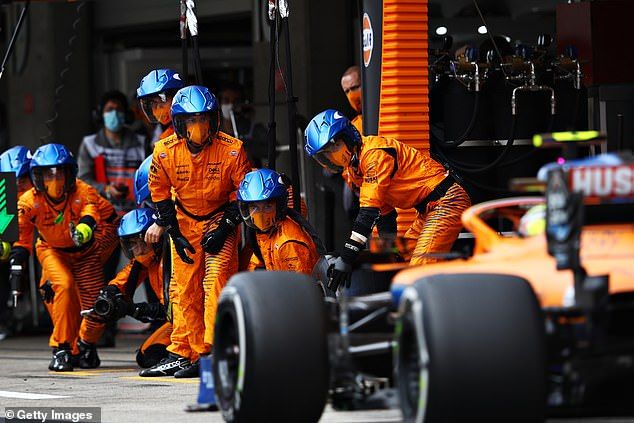 Stroll could not finish the race and has since been given a time penalty of five seconds and two penalty points by the FIA.

Norris was forced into a pit stop to fix his front wing and he was heard angrily reacting to his team radio.

He raged, ‘What the hell, what is that doing? I have damage guys. ‚

After the race, Norris added that Stroll “doesn’t seem to learn from everything he does,” but it’s unclear whether his tweet was related to his comments on the Canadian.

These were the details of the news Lando Norris apologized half-heartedly for belittling Lewis Hamilton’s record-breaking Grand Prix... for this day. We hope that we have succeeded by giving you the full details and information. To follow all our news, you can subscribe to the alerts system or to one of our different systems to provide you with all that is new.

PREV A great achievement for Egypt .. Tiger wins world gold in...
NEXT Constantly updated .. The last day to apply for Al-Ahly elections