The meeting between Lokomotiv Moscow and its German guest Bayern Munich this evening, Tuesday, in the second round of the group stage of the UEFA Champions League, witnessed a funny shot of the hero of the Bavarian team doctor.

The cameras captured the moment the German team doctor slipped and fell on the grass of the stadium when he rushed to provide medical assistance to one of the players, and that passed a cold and peace to him and his team players.

The Russian Match TV account published a video clip of the doctor, commenting: “Even the turf of the stadium in Cherkizovo against the Bavarian.” 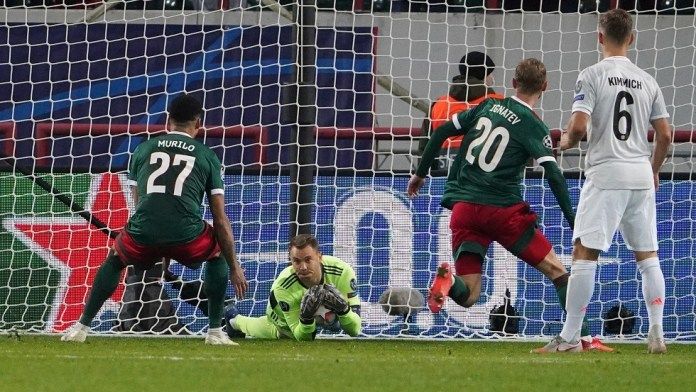 Bayern Munich, holder of the European Champions League soccer championship, was eliminated with a hard-fought victory from its host Lokomotiv Moscow (2-1) in their match at the “Lokomotiv” stadium in the capital, Moscow.

These were the details of the news A comedic shot of the hero of Bayern Munich (video) for this day. We hope that we have succeeded by giving you the full details and information. To follow all our news, you can subscribe to the alerts system or to one of our different systems to provide you with all that is new.

PREV Pyramids coach: We hope that Al-Saeed will stay .. and we...
NEXT 3 Ahly people compete for the title of top scorer in...

4 Egyptians qualified for the semi-finals of the Oracle NetSuite Squash...