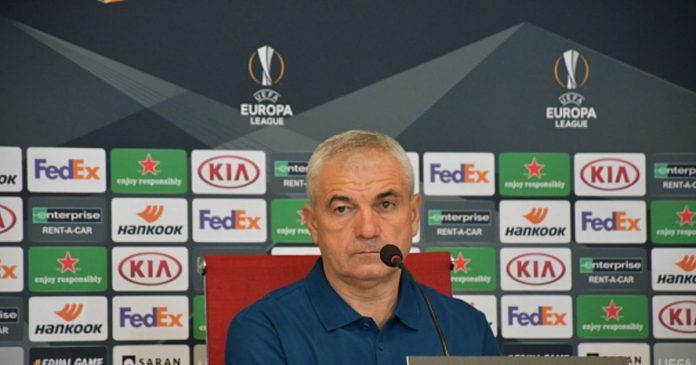 Maccabi Tel Aviv landed today (Wednesday) in Turkey ahead of the important game against Sibaspur tomorrow in the second round of the Europa League home stage ( 19:55, live broadcast in Sports 2), And the rival team is at the peak of its preparations, but in a period without really good – especially in its home field.

Tomorrow Sibaspur will host the Yellows at the “4th of July Stadium”, where they have not been able to win since the beginning of the season (they have recorded three home games so far), and above all, have not been able to win at all. The team will be missing a number of important players such as Erdogan Isiliurt, Zaya Ardel, Samba Camara, Aron Epindanguya and Marcelo Guyano.

“I had a very good game and our team was in the game all the way through,” he said at a press conference ahead of the game today. Climbay. “We suffered in the last minutes from bad luck and overall I am satisfied with our game in Spain. The game against Maccabi Tel Aviv is very important for us and we need to end it well. I believe in my team. “

“We know how strong Maccabi Tel Aviv is and we know that it has participated in quite a few European factories in the past,” the Turkish coach continued. “We watched their last game and will take steps accordingly. Everything is done to win. The only problem is that we have some players who can not play. We are already waiting for the game. We will play for Turkey and we must give pride to the country. “

“We have no fear of any group. Maccabi Tel Aviv and Karbah are also very strong and not just Villarreal. We’ll have to be better than we were in Spain, and if we succeed, there will be a great atmosphere here in the locker room. We are missing the fans. Before the plague started we were almost invincible. They were our strength, we did great things with them. Our only goal is to win, and the injured players are no excuse. “These games are like the national games of the Turkish team.”

Sibaspur Contact, Hakan Arslan, He also spoke at the press conference: “We played well in Spain and the result did not reflect that. We scored three goals against a strong team like Villarreal and came back without points, and we must know how to learn from our mistakes. We talked about the good things we did in that game and we’re ready for tomorrow. The only goal against Maccabi Tel Aviv is victory, we have no other thought. “

*The article has been translated based on the content of Source link by https://sport1.maariv.co.il/world-soccer/europa-league/article/449899/
. If there is any problem regarding the content, copyright, please leave a report below the article. We will try to process as quickly as possible to protect the rights of the author. Thank you very much!

These were the details of the news Maccabi Tel Aviv: Sibaspur coach talks about the Yellows for this day. We hope that we have succeeded by giving you the full details and information. To follow all our news, you can subscribe to the alerts system or to one of our different systems to provide you with all that is new.

NEXT Neymar thinks 2022 World Cup will be his last