The Real Madrid team began its preparations today, Thursday, to face its guest Huesca in the eighth round of the Spanish Football League, next Saturday, at the “Alfredo Di Stefano” stadium.

The French coach Zinedine Zidane, the Real Madrid coach, showed during the team’s training on Thursday morning, after a rest yesterday, the day after the Borussia Monchengladbach match (2-2), in the second round of the Champions League, the first reaction to the crisis of his fellow striker Karim Benzema with His Brazilian colleague Vinicius Jr.

The Spanish newspaper “AS” reported that Zidane had put the attacking duo Benzema and Vinicius in separate group exercises, in order to avoid any problem between them.

The famous Spanish program “Cherngitto” had published a video showing Benzema addressing in French his colleague and fellow countryman Ferland Mendy between the two halves of Real Madrid’s match against Borussia Monchengladbach in the Champions League, asking him not to pass the ball to their colleague Vinicius Junior, which was described by Real fans. Madrid with the “scandal video”.

“He’s just messing around, don’t play with him about my mother’s life, he’s playing against us,” Benzema told Mindy, which apparently happened in the second half of the match, when Mindy listened to his countryman. 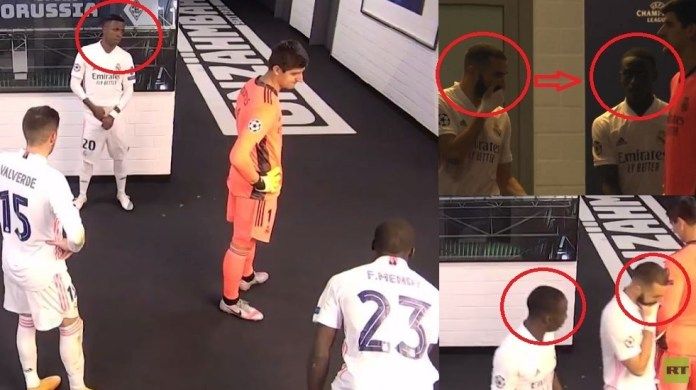 The Spanish newspaper “Marca” stated that Mendy passed the ball to Vincius only 3 times during the second half, even though they were both playing on the same left side, and highlighted on the other hand that Vincius passed the ball to his French defender on 8 occasions, which explains the big difference in the number of passes between them .

These were the details of the news Zidane’s first reaction to the “scandal” of Benzema and Vinicius (video) for this day. We hope that we have succeeded by giving you the full details and information. To follow all our news, you can subscribe to the alerts system or to one of our different systems to provide you with all that is new.

PREV Now.. Yalla shoot live broadcast Argentina | Watch the Argentina-Paraguay...
NEXT Who will prevail in the last seven races of the 2021...

After distributing it to school students.. Know the components of the...

For the first time in its history, 98 female judges in...

Surprise.. a ancestor of mice settled in Egypt 34 million years...

A source in Zamalek, Laila Koura: “technical and administrative” adjustments to...