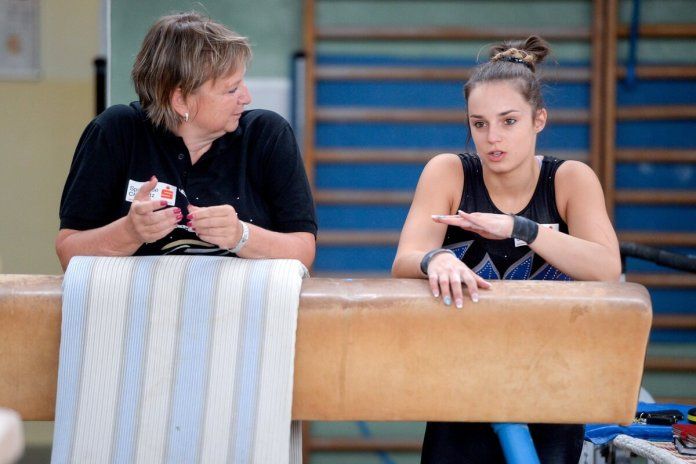 Serious allegations against Gabriele Frehse (60). The trainer from the Chemnitz Olympic base is said to have tortured her protégés mentally for years.

Chemnitz – The gymnastics world champion Pauline Schäfer (23) against her former trainer are serious allegations Gabriele Frehse (60) am Olympic base in Chemnitz raises. There is talk of humiliation, intimidation, and training sessions under pain! In addition, the gymnasts are said to have been given medication.

Coach Frehse is said to have tortured her protégés psychologically for years. Six gymnasts report this to the “Spiegel”.

Among other things, Pauline Schäfer, who trained at the Olympiastützpunkt Chemnitz until 2018, reports on inappropriate methods and drugs that are said to have been administered to her without a doctor’s order. In addition, Frehse is said to have harassed her violently.

The trainer is said to have let go of hurtful sayings because of her figure and weight. “With these remarks, she deliberately wanted to keep me down,” said Schäfer. The pressure to succeed was so great that girls in the Chemnitz boarding school are said to have scratched themselves, reports Schäfer

Artistic gymnast Lisa Hill (28) also told Spiegel about the harassment on the part of Frehse: “In the meantime I felt so bad that I sometimes thought it would be easier if I didn’t go on living.”

In addition, gymnasts tell that they were used by Frehse as informers. “For example, I should tell her what another girl would eat and whether there was chocolate with them,” says Isabelle Marquard. She trained for many years at the Olympic base in Chemnitz.

Frehse himself considers the allegations “baseless”. The 60-year-old said in a phone call with the MDR on Friday. There would be “a lot of slander” in the allegations. She now wants to take legal action against the violent allegations.

In the meantime, the German Gymnastics Association announced immediate consequences! The facts will be taken seriously, said a press spokesman for the Turner Federation to the MDR.

At the same time, you distance yourself from such training methods.

These were the details of the news Humiliation, Intimidation, Pain! Serious allegations against gymnastics trainer Gabriele Frehse for this day. We hope that we have succeeded by giving you the full details and information. To follow all our news, you can subscribe to the alerts system or to one of our different systems to provide you with all that is new.

PREV Adel Akl to Youm7 TV: The referee of Zamalek failed and...
NEXT Farouk Jaafar: Mohamed Sharif is “not an international player”