She is alone, but does not want to talk to anyone. They say that he doesn’t even answer the phone for his closest friends. Since his father died, Diego Maradona, Jana she is devastated. And all she wants is to be able to cry without anyone seeing her. However, attentive to the amount of messages that reached her through all possible channels, the young woman decided to use her social networks to thank the people for their affection.

“This still feels like a horrible dream, but I don’t want to let any more time go by without infinitely thanking you for all the love you have shown my dad always and particularly these days. Every word, every photo, every show of affection was pampering the heartJana wrote in a story by Instagram that he decorated with hearts. 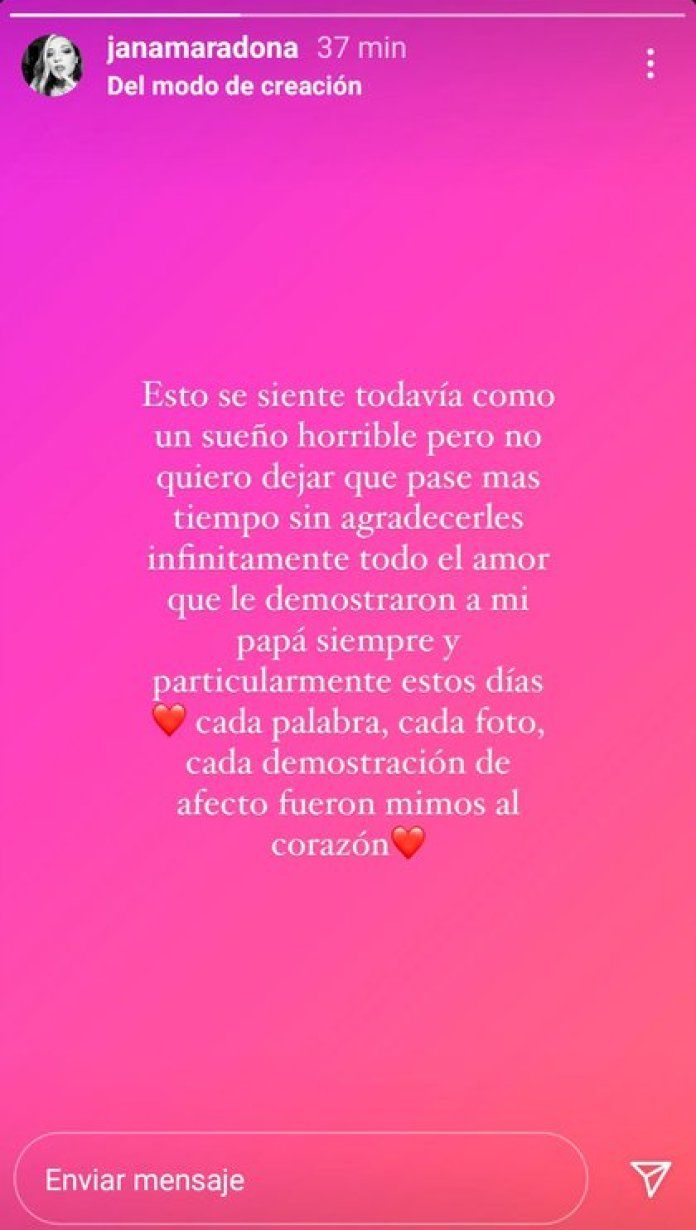 At the burial of the star, the young woman took refuge in her father’s family. He has an excellent relationship with his aunts. And although he never managed to establish a bond with Dalma y Gianinna, also had the containment of Claudia Villafañe. But nevertheless, Diego Junior, with whom he does maintain a close relationship, could not travel from Italy to fire Maradona for recovering from the coronavirus. Y Veronica Ojeda, mother of Dieguito fernando, He tried to prevent the little one from exposing himself to that situation.

Thus, after saying goodbye to her father at the Jardin Bella Vista private cemetery, Jana went home to try to mourn alone. For about five years, his mother, Valeria sabalain, lives in Ibiza with his current partner, Guillermo Filmus, and his other son, Thiago. And, as he learned TeleshowHe would have thought of arriving in Argentina in the next few days to accompany his daughter. However, she told him that it was not necessary, since if he needed it he could turn to his paternal family. 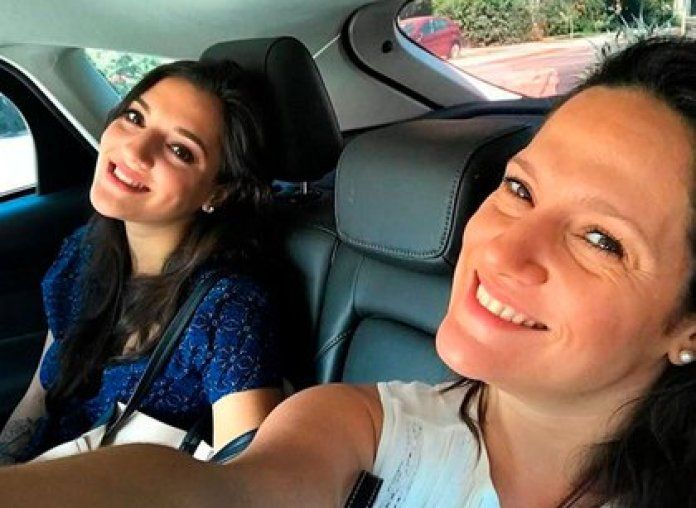 Jana met Maradona in 2015, when she had already reached the age of majority. His mother and Diego had had a brief three-month relationship in 1995, when he was married to Claudia. But, when Valeria got pregnant, the player did not want to take charge of the situation. And Sabalain, who was just 19 years old at the time, gave birth to her daughter alone on April 4, 1996. Eight months later, she filed a filiation lawsuit. And, after the star’s refusal to carry out the DNA study, Justice gave him the surname in 1999.

Afterward, Jana stayed away from the Maradona circle. However, when she was 18 years old, she found out that her father was training in a gym in Palermo, very close to the shopping center where she was with her mother. And he decided to go meet him. What was Diego’s reaction? As soon as he saw it, he realized it was one of his own. Then he embraced her and did not separate from her until the day of his death.

Valeria Sabalain, Jana’s mother: who is Diego Maradona’s ex that never appeared in the media

Rocío Oliva: why they prohibited her from saying goodbye to Maradona and the posts she made while they were burying him

These were the details of the news Jana Maradona devastated by the death of her father: “This still feels like a horrible dream” for this day. We hope that we have succeeded by giving you the full details and information. To follow all our news, you can subscribe to the alerts system or to one of our different systems to provide you with all that is new.