If you dance at three weddings, then as a professional footballer it is naturally an exhausting autumn. The players at RB Leipzig are experiencing one of these at the moment. During the week, the game at Paris Saint-Germain was on. From next week there will be duels against Istanbul Basaksehir, Bayern and Manchester United. The Bundesliga game against Bielefeld on Saturday almost seems like a little breather.

A look at the table of the Bundesliga makes it clear what the conditions are before this duel. After the second-best start to the season in its short Bundesliga history, RB Leipzig is in fourth place with 17 points and is in the middle of business with just two points behind the top. If the competition goes wrong on this match day, you might even find yourself in the sun.

For Bielefeld, on the other hand, it looks very bleak after a very good start. In the meantime, the East Westphalia have been passed through to the relegation place. It is not always clear that the Arminia is suitable for the Bundesliga. Therefore, the well-known bookmakers give a clear forecast of a home win in the match between RB Leipzig and Bielefeld.

After all, the best defense expects the weakest attack in the league. It sounds rather unlikely that the promoted team will score a goal in the Red Bull Arena on Saturday. So the first tendency is in the match between RB Leipzig and Bielefeld on a tip on a zero victory for the Bulls, in the 929th pairing that will take place in the history of the Bundesliga. With the power combination at Bet3000, the winnings may even be maximized.

If RB Leipzig uses the potential that is undoubtedly available in this team, then it is very difficult to survive against the Saxons. This does not only apply to a newcomer like Arminia Bielefeld, but in general. The first results of the still young season are consistently positive. Everything is going according to plan in the Bundesliga and even in the premier class the bulls can still advance in a difficult group on their own.

The football experts Julius Eid and Alex Truica provide facts & predictions for the weekend of betting.

From now on every Thursday here or on Spotify, iTunes, Deezer, Audio Now, PlayerFM, Castbox and PodBean!

Flawless home record for the cops

Julian Nagelsmann’s team shows their skills especially at home. Leipzig has won all of the first four Bundesliga home games of the new season. In addition, there were home wins against Istanbul and Paris in the Champions League in their own stadium. Therefore, in the odds comparison of the betting base in the match between RB Leipzig and Bielefeld, the eyes should be clearly on the odds for a bull win.

Things don’t go quite so smoothly abroad. That became clear again during the week in the Champions League at Paris Saint-Germain. Around 60 percent of possession of the ball sounds good at first, but Julian Nagelsmann’s team didn’t create a single compelling goal opportunity. So you lost after a dubious penalty with 0: 1.

Against Bielefeld it is now important to get going again and to work out offensive solutions. Here and there Julian Nagelsmann will rotate against the supposedly weakest opponent in the coming weeks. The bull coach will certainly have to do without Benjamin Henrichs, Lukas Klostermann and Konrad Laimer as well as Hee-Chan Hwang, who tested positive.

With euphoria and the desire to have a season in the Bundesliga, a lot goes for a newcomer. The Bielefeld people have been deprived of these attributes a little by the lack of spectators. In the first games it worked very well with four points from two games, but promoters or not, Arminia is currently in an absolute negative spiral. 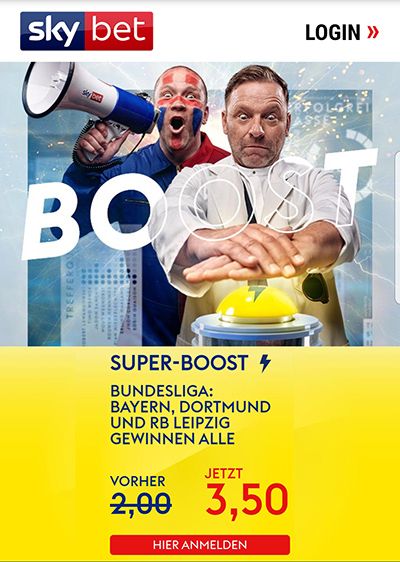 Series of bankruptcies at Arminia

In the In the last six Bundesliga games, Uwe Neuhaus’s team received six bankruptcies. In the form table, the armines are even behind Schalke and Cologne. A big problem is the lack of offensive strength. With five goals, the East Westphalia have the weakest attack in the league. In the last four games, there was no own hit. Only one own goal by the opponent could be celebrated.

“There is still room for improvement going forward. We have to work on being able to aggressively add more accents. “

Again: In the match between RB Leipzig and Bielefeld, the forecast is clearly that Arminia will not meet again. Last weekend, the Bundesliga lost 2-1 to Bayer Leverkusen. The newcomer fought his way into the game and never gave up, but the bottom line was that it was again a deserved defeat.

After all, a positive announcement came from the Bielefeld training center during the week. Fabian Klos can play on Saturday after his ankle injury. So Uwe Neuhaus should have the entire squad available. On the Bundesliga injured list, there is neither a sick nor an injured player at Arminia.

If RB Leipzig and Arminia Bielefeld face each other on Saturday, the 929th pairing will kick off in the German upper house. Conversely, that means that the two teams have not yet met in the Bundesliga. Nevertheless, this encounter happened twice, namely in the 2015/16 season in the second division.

The Bulls won the first leg 1-0. In the second leg in Leipzig, both clubs parted with a 1-1 draw. Marcel Sabitzer scored for RB. Brian Behrendt was successful for Arminia. It is interesting that in addition to Marcel Sabitzer with Peter Gulacsi, Emil Forsberg, Lukas Klostermann, Marcel Halstenberg or Yussuf Poulsen, numerous Leipzigers made the leap from the second division to the top of the Bundesliga.

The facts before this encounter are clear. The Saxons are the towering favorite. After all, RB has the best defense in the league, while Arminia has the most harmless offensive. In addition, the Bulls are extremely strong in their own stadium and have won all six home games this season, four times in the Bundesliga and twice in the Champions League.

Bielefeld, on the other hand, has slipped into a tangible crisis in recent weeks. The East Westphalia have all lost the last six Bundesliga games. The bulls, which are strong at home, should therefore not reap anything. Our impression is solidifying that we can place a tip on a home win in the duel between RB Leipzig and Arminia Bielefeld.

We also take into account the defensive stability of the home side. We think the cops will be clean again against the league’s most unsuccessful attack. Our forecast is made up of two partial bets. We decided, in the match between RB Leipzig and Bielefeld to allude to the betting odds on a zero victory.

– Betting odds * & other interesting bets at a glance:

These were the details of the news RB Leipzig vs. Bielefeld tip, prognosis & odds 11/28/2020 for this day. We hope that we have succeeded by giving you the full details and information. To follow all our news, you can subscribe to the alerts system or to one of our different systems to provide you with all that is new.