Jeddah - Yasmine El Tohamy - RIYADH: For a brief moment, the man who has worked tirelessly for over a year to ensure this weekend’s Diriyah E-Prix double-header goes ahead without a hitch relaxed and allowed himself a smile of satisfaction.

“We are unbelievably excited as you can imagine,” said Gerard Inzerillo, CEO of Diriyah Gate Development Authority. Or Jerry to his friends.

Appointed in 2018 by Crown Prince Mohammed bin Salman, Inzerillo is about to oversee his third Formula E event in Riyadh, with the single-seater electric car series now given world championship status by the FIA governing body for the 2020-21 season.

He recalls an almost superhuman effort to organize the inaugural race in the 2018-19 campaign.

“We had a lot of work to do, and because of the unbelievable leadership of Prince Abdul Aziz bin Turki Al-Faisal and our wonderful colleagues at Formula E, we were able to pull off that race in 87 days.”

The three-day event saw post-racing concerts by the likes of Jason Derulo, Enrique Iglesias, Black Eyed Peas, Amr Diab, OneRepublic and David Guetta. The Kingdom had seen nothing like it before.

“We had 100,000 people, the people of Diriyah loved it,” said Inzerillo. “But it was not easy, it was disruptive and we had a lot of work to get done. It was the largest international sport event that the Kingdom had seen at the time.”

An interview with DGDA CEO Jerry Inzerillo on Diriyah’s Formula E and the nighttime races in the Kingdom, which will kick off the 2021 Formula E season. More here. 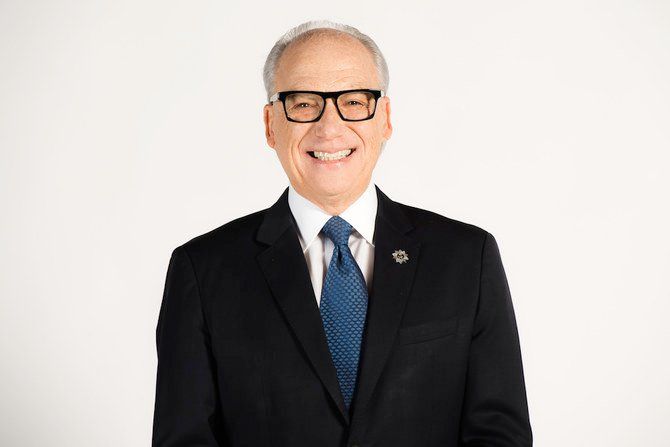 Then, for the 2019-20 season opening, Diriyah became the first circuit to host a double-header of E-Prix races. On Friday, the circuit will see another first with the hosting of the first-ever night races with new sustainable LED technology.

Beyond the obvious turmoil brought about by the COVID-19 pandemic, one major disruption has proved the most challenging between the last race in late 2019 and this weekend’s event.

“We had to rip up the whole track,” Inzerillo said. “We put in hundreds of millions of dollars of Diriyah infrastructure. Water, power, sewerage, all of which we had to do because of this gigantic masterplan. But we were very time-constrained because we only had one year to get everything done. Thanks to a great development team and a great operations team, and certainly all the great work done by our colleagues at Formula E, we were able to compete everything in 11 months.”

Thousands of workers at every level worked diligently to make sure the circuit was completed, and construction had to adhere to the tightest regulations.

“Maybe they were being nice to me, but most of the drivers told me that their favorite track was Diriyah,” said Inzerillo. “Where it’s sensitive with the UNESCO World Heritage site is that the track had to be configured in such a way to minimize vibration. And the Formula E did it. As a matter of fact, because of the track and the way it was designed, it allowed us to put in all-new pedestrian walkways, so after the race is over, the community has got kilometers of sidewalks and kerbs and street lights.”

For Inzerillo, this is vital for the moment the Formula E extravaganza wraps up for another year. Maintaining Diriyah is a 365-day-a-year job for him.

“Now you see people jogging, on bicycles, families with baby carriages, 22,000 new trees,” he said. “It’s not just been exciting to have this beautiful backdrop to the UNESCO World Heritage site in camera view, but we also serve the community, and we’ve served his Royal Highness’ vision of doing things in an environmentally sustainable technologies and plantings. So it’s a win, win, win.”

Every aspect of the Diriyah circuit construction had to satisfy Formula E and Saudi Vision 2030 sustainability targets.

“We have no choice,” Inzerillo said, smiling. “The crown prince is extremely strict on the issues of environmental protection, sustainability, new technologies and quality of life. And his commitment and strictness is the same in the preservation of the birthplace of the Kingdom as it is in the Red Sea with all of the projects that are going on there, as it is with the futuristic city of NEOM. Some people can say, NEOM is going to be the city of the future, but the crown prince applies the same vision and the same commitment to a city that is 400 years old.”

Samer Issa-El-Khoury, managing partner at CBX, the promoter of the Diriyah E-Prix, said that it is no coincidence that Formula E ended up at Diriyah, as the Kingdom’s leaders wanted to combine the future of electric cars with the history of the site.

“When we started in 2018, we had extensive meetings with all the stakeholders related to this project — from the Ministry of Sport, the Saudi Arabian Motorsport Federation, the FIA and UNESCO,” he said.

Under discussion were Diriyah’s UNESCO heritage status, the FIA regulations that protect drivers, time constraints and broadcasting images of Diriyah in the most spectacular way possible.

With the Diriyah E-Prix only days away, Stoffel Vandoorne of Mercedes-EQ Formula E Team is hoping to start the 2020-21 Formula E season just as he ended the last; by winning. More here. 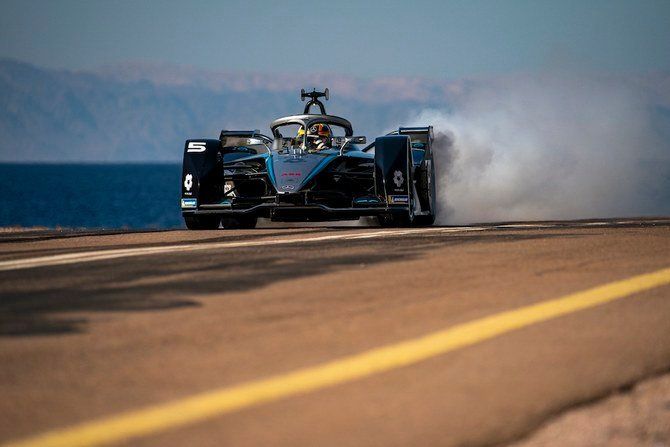 Issa-El-Khoury, who played a major part in designing the Diriyah circuit, said that great steps were taken to ensure the lighting lux level would be consistent across the whole track, both for the safety of drivers and to meet broadcasting needs.

Meanwhile, the drivers, many of whom count the Canadian engineer of Lebanese origin as a friend, are itching to hit the track under the lights.

“The drivers were super-excited,” he said. “They’ve tried this track during the day and they are very excited to try it out at night. Andre Lotterer (TAG Heuer Porsche Formula E team) yesterday posted on Instagram that Diriyah is one of his favorite tracks because of the setting, because of the challenges of the track, because it goes downhill and then it goes back uphill on a straight line. It will be a first for all drivers to drive on street circuit, at night, with LED lights.”

LED consumes 50 percent less energy than metal-halide lighting, and Issa-El-Khoury believes those little steps in conserving energy will lead to bigger ones down the line — and not just in Saudi Arabia.

“You might say that you’re lighting the track and still using energy, but today R&D and Formula E aspire to make changes one race at a time, one city at a time and to start introducing change to those cities,” he said. “They’ll move from the track to people’s homes.”

With the track all set for the action, you would not blame either man taking a night or two off to enjoy the action, though chances are they will be as consumed by their respective concerns as ever.

“The track is beautiful and it complements the UNESCO site,” Inzerillo said. “And, most important, my community, the people and neighbors who live in Diriyah, they see the race as a very positive thing because it delivers a lot of economic benefits. Every time the race has happened, their neighborhood and their quality of life has improved.”

This year there might not be any spectators in the stands, or post-race concerts, but the noise, and certainly the bright lights, will be there for all in Diriyah to see.

For Issa-El-Khoury, the track and nighttime conditions are a “winning combination” that will bring out the best in the drivers on Friday and Saturday.

“All the cars are almost the same,” he said. “Heroes will be made in Diriyah.”

These were the details of the news England collapse to 112 all out in India pink-ball test for this day. We hope that we have succeeded by giving you the full details and information. To follow all our news, you can subscribe to the alerts system or to one of our different systems to provide you with all that is new.

Badosa outlasts Azarenka to win Indian Wells in her debut