Wind turbines that fit around motorway lampposts and are powered by passing vehicles could help the UK meet its goal of being carbon neutral by 2050.

Kent-based businessman Barry Thompson created the unusual looking devices and said they could initially be used to power the lights they are plugged into.

Ultimately, the entrepreneur hopes that the energy generated from the rotating cylinders will be sufficient to get back into the grid.

Each turbine is two meters high, currently costs £ 20,000, and generates the same amount of energy as 21 square meters of solar panels.

According to Thompson, as the development continues, the turbines are likely to become more efficient and smaller. 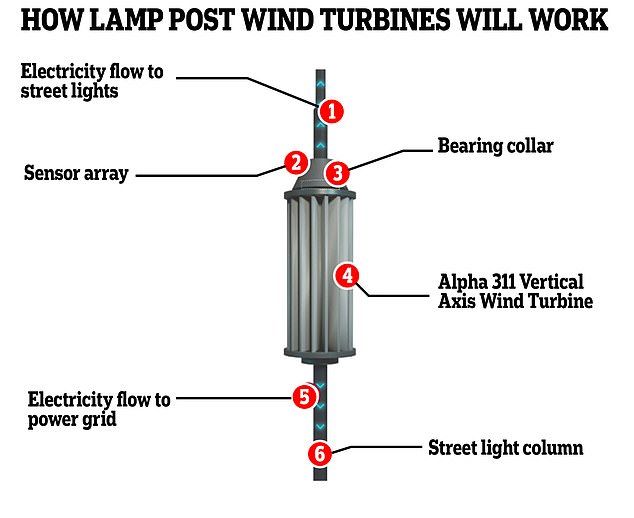 Kent-based businessman Barry Thompson invented the unusual-looking device, and says they could initially be used to power the lights they are plugged into. The picture shows how the turbines work

According to Thompson, CEO of Alpha 311, the turbine is the first of its kind in the world and offers a solution to the complex challenge of accumulating clean energy.

Last week, Prime Minister Boris Johnson promised an impending green industrial revolution would provide every home in the UK with offshore wind by 2030.

However, Mr Thompson disagrees with the Prime Minister and believes that onshore solutions are also needed to achieve this ambitious goal.

The company’s chief executive officer, based in Whitstable, Kent, said, “Do I think offshore wind is everything? No, I think onshore wind is the cheaper option, and a distributed network really needs to move this forward.

Speaking from his home office, which is powered by the prototypes, the 51-year-old added, “If you’ve ever stood on the road with a truck driving by, you’ll feel the air moving – that’s what we sense energy . ‘ 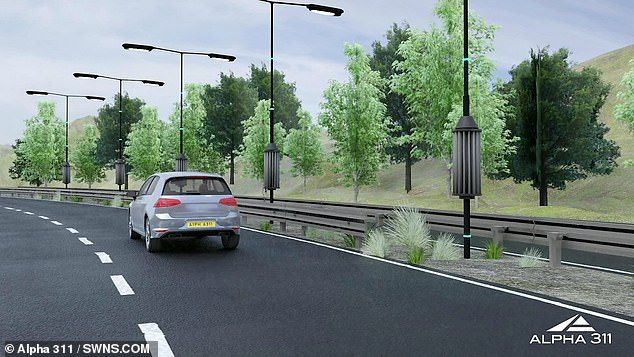 Ultimately, the turbines would not only provide power to their host lamppost, but they would also generate enough energy to sell back to the grid 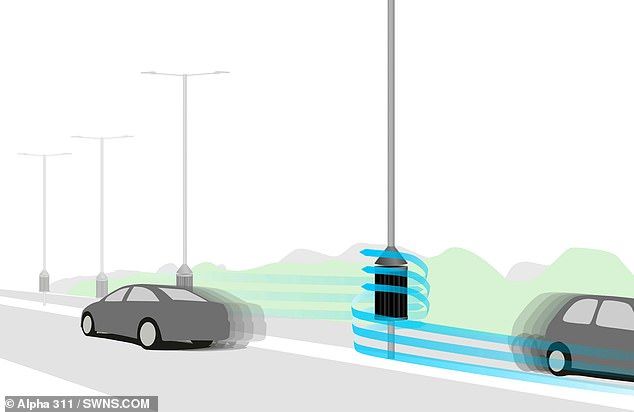 Mr. Thompson, CEO of Alpha 311, says their idea is the first of its kind in the world and offers a solution to the complex challenge of accumulating clean energy. The turbines would spin in a brisk breeze or when a vehicle sped by on the road 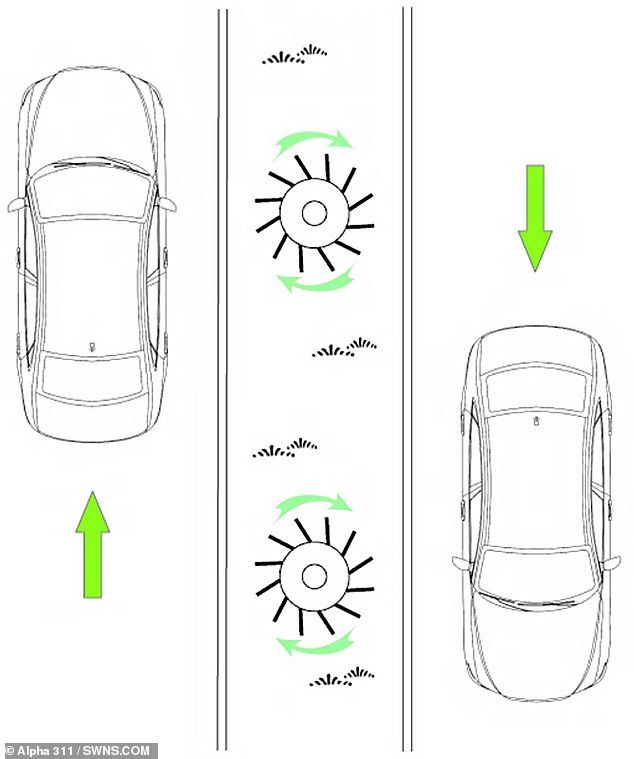 Each turbine is two meters high and currently costs £ 20,000 to make and generate the same amount of energy as 21 square meters of solar panels. According to Thompson, the turbines would likely become more efficient and smaller with further development

For example, Kent’s A299 Thanet Way is less than 20 miles long and has 1,114 pillars of light, all of which would be prime candidates for the turbines.

The turbines would be installed in the central reserve and therefore powered by wind generated on both sides of the roadway.

Unlike some existing green power systems that have sparked outrage over environmental concerns, Thompson said the system would hardly disrupt existing infrastructure and the environment.

“People have been thinking about putting wind turbines on top of lighting pillars. You have considered redesigning the lighting columns as a whole. However, this is a retrofit solution that builds on what we already have, ”he says.

“We don’t pollute the landscape with massive turbines, but use the existing infrastructure.”

“Nobody wants a 700-foot turbine in their backyard – would you notice that on a freeway?”

Local authorities would not be forced to buy the turbines, but Alpha 311 would rent them out to the local authorities and the energy that is put in the box and bought back on the grid would then be shared between the company and the council.

Mr Thompson said the company is currently in talks with a UK local authority to test the technology on their highways but cannot confirm which.

A number of small US cities are also testing Alpha 311’s technology.

HOW DO WIND TURBINES WORK?

Wind turbines work according to a simple principle: the energy in the wind turns propeller-like blades around a rotor.

The rotor is connected to the main shaft, which rotates a generator to produce electricity.

There are two main types of wind turbines that operate on the same basic principle.

Offshore plants are larger and tend to generate more energy. They are often built in large groups called wind farms.

These supply the national power grid with mass flow.

These were the details of the news Cylindrical wind turbines that are attached to motorway lights could be... for this day. We hope that we have succeeded by giving you the full details and information. To follow all our news, you can subscribe to the alerts system or to one of our different systems to provide you with all that is new.