So far, Apple has held events in September and October that initially focused on the Apple Watch Series 6 and iPad Air, as well as the new iPhone 12 models and the HomePod mini. There are still a handful of products that Apple expects to launch before the end of the year. So are we going to see an event in November?

From AirPods Studio to an arm-based Silicon Mac, there are still new devices this year. Below we’ve listed the rumored products that didn’t show up at the October event.

Apple plans to expand its AirPods product line with high-end over-ear headphones “AirPods Studio”. Some rumors suggest that it may be a product that will be ready to use before the end of 2020.

There was speculation that “AirPods Studio” would show up at the October event, but a massive leak that set out what we would see at the event didn’t include “AirPods Studio” so in the end we knew we were shouldn’t expect it.

Both “AirPods” and “AirPods Pro” were launched in the later months of the year. So there’s still a good chance we’ll get new headphones this year. “AirPods Studio” should be available from US $ 350 and have active noise cancellation and a retro design that could include both a premium model made of high-quality materials and a sports-oriented model made of breathable, lighter materials.

AirPods Studio may have magnetic ear cups and headband pads that, similar to Apple Watch bands, can be swapped for a customizable look. There may also be useful features such as ear detection so that there is no right or left side when wearing the headphones.

The 2020 launch date is not certain as there is some mixed information suggesting that the AirPods Studio may not be ready to launch. It is therefore unclear what will happen.

We’ve heard rumors about Apple’s Bluetooth-based item trackers for more than a year, and there has never been a clear schedule for launching them. Given the interoperability between the iPhones, it would have made sense to introduce the AirTags along with new iPhones, but that didn’t happen.

If you’ve lived under a rock and are unfamiliar with AirTags, it’s Apple’s version of the tile. “AirTags” are small, Bluetooth-equipped article trackers that you can attach to important but easily lost articles, so that the “AirTags” (and the articles) can be tracked directly in the Find My app next to your Apple devices . 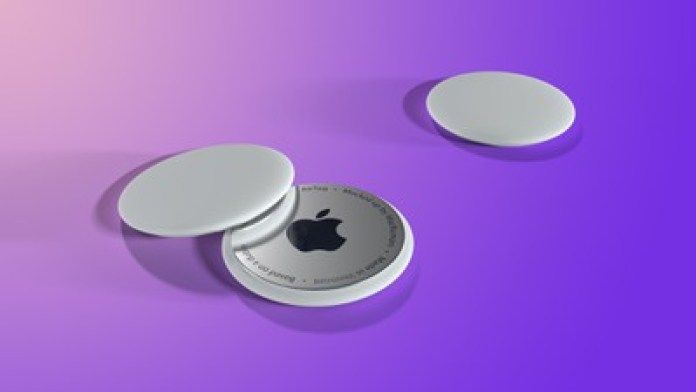 There is no guarantee that AirTags will start in 2020, so chances are we won’t see them this year. In fact, leaker Jon Prosser, who has a mixed track record of reporting Apple’s plans, recently said the AirTags won’t come until March 2021. Prosser did this

With AirPods Studio now being pushed back, it now looks like Apple is going to launch AirTags after all.

Currently, they’re on schedule to be released with iOS 14.3 (iOS 14.3 will contain features enabled for AirTags) and iOS 14.3 is supposed to be next month..

that the “AirPods Studio” headphones have actually been pushed back, so Apple will debut “AirTags” instead. Given the very mixed information, we have to wait and see what starts at the end.
Recent speculation suggests that Apple may have had the “AirTags” up and running for some time (hence code in earlier versions of iOS 13) but held them back to allow third-party item tracker manufacturers to create their own integrated solutions to be developed with the “Find My” app to fend off cartel allegations. Ever since the AirTags rumors first leaked, Tile has been unhappy because a better Apple-developed Bluetooth tracker built right into the Find My app has the potential to take Tile’s business strengthen.

Apple itself has announced that the first Mac with an Apple Silicon chip will be available before the end of 2020, so we can expect at least one Mac launch in November or December.

There’s no word yet on which Mac will get an Apple Silicon chip first, but rumor has it that candidates include a new MacBook Pro, a new MacBook Air, a revitalized 12-inch MacBook, or a new 24-inch iMac . 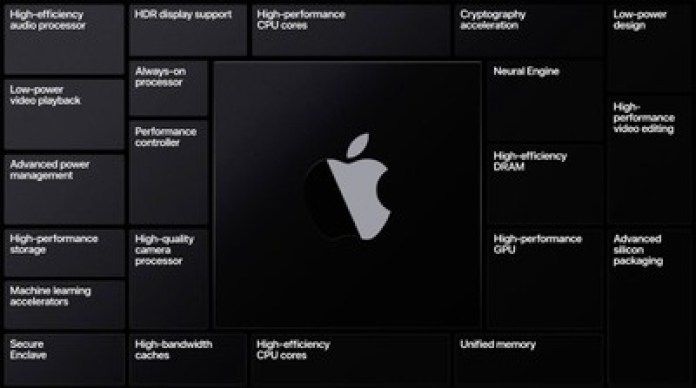 Apple is working on a redesigned 14-inch MacBook that resembles the 16-inch MacBook and a redesigned 24-inch iMac to replace the 21.5-inch iMac. The introduction of these two major redesigns would be an ideal time to unveil fresh new chips from Apple.
Regardless of which Mac comes first, Apple is converting its entire Mac product line to “Apple Silicon” chips, a process that is expected to take a year. By the end of 2021, Apple may be well on its way to bringing all Macs with Intel chips to sunset. We certainly can’t rely on AirPods Studio or AirTags, but new Macs are definitely coming.

As with “AirTags”, there have been rumors about a next-generation Apple TV for months, if not Years. We haven’t had a new version of “Apple TV” since 2017 and are long overdue for an update.

Apple is reportedly working on several Apple TV set-top boxes, including one with an A14X chip that offers console-like performance. There are also rumors of a new “Apple TV” remote control with “Find My” integration to keep it from getting lost.

No “Apple TV” appeared at Apple’s October event, and it doesn’t look like we see it as a potential November event either. According to an August report by BloombergA new “Apple TV” may not be ready until 2021.

There’s a chance Apple will hold an event on November 3rd to showcase new products as the “Apple Silicon” Macs are at least eventful devices. Of course, there is currently no guarantee as the devices that are still on the horizon could also come out through a press release.

Predicting a possible event date in November is difficult. November 3rd is Election Day in the US, November 11th is Veterans Day and November 26th is Thanksgiving Day in the US. Apple is giving all company employees off this week. If Apple is hosting an event, we could potentially receive invitations in the first week of November with an event scheduled to take place on November 9th or 10th before Veterans Day.

A recent rumor has it that Apple is actually planning an “Apple Silicon” event on November 17th. If so, an announcement may be posted instead. That date is horribly nearing Thanksgiving a week later, but Apple doesn’t have many options in November.

These were the details of the news November event is coming? Everything Apple didn’t announce at the... for this day. We hope that we have succeeded by giving you the full details and information. To follow all our news, you can subscribe to the alerts system or to one of our different systems to provide you with all that is new.