Robotic dolphins could come to replace their realistic amusement park counterparts in the future, where they can wander around the pool while a group of swimmers stand up at the end, as the dolphin in question looks a lot like those who jump through hoops and perform acrobatics in attractions throughout the world. 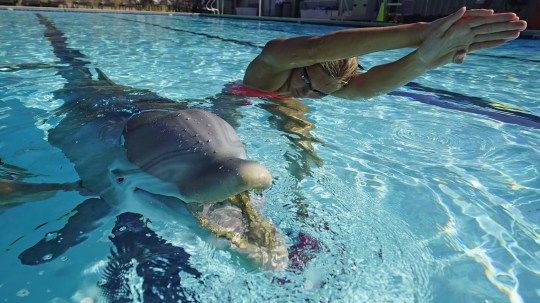 But this marine creature is not real. “When I first saw a dolphin, I thought it could be real,” said a woman who swam with the remote-controlled creature, according to Edge Innovations, an American engineering company with an animation and effects division. Especially in California, with the dolphin design, which starts at 3 million dollars per animal, according to the British website Metro. 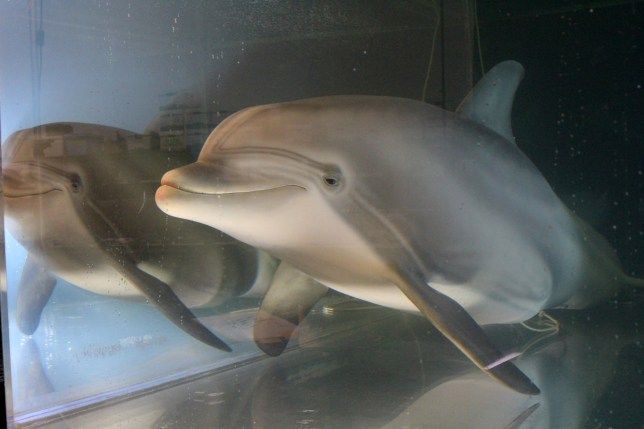 She hopes that the life-like robots used in Hollywood movies will someday be able to entertain crowds at theme parks, rather than wild animals held in captivity, and swimmers can dive with the robotic great white sharks or even the reptiles that populated the seas of the Jurassic millions of years ago.

“There are nearly 3,000 dolphins in captivity currently being used to generate several billion dollars for dolphin experiences only,” said Walt Conte, founder and CEO of Edge Innovations. “So clearly there is a desire to love and get to know dolphins.” We want to use this appetite and offer some kind of different way of falling in love with a dolphin. ” 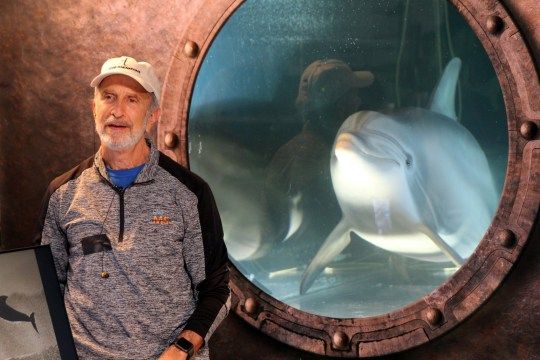 About 20 European countries have already banned or restricted the presence of wild animals in the circus, and at Edge’s Hayward, California, a moving dolphin weighed 550 pounds (250 kg) and 8 and a half feet (2.5 meters) with leather made of medical silicone under the title Program for Schools in Partnership With TeachKind, part of People for the Ethical Treatment of Animals (PETA).

Edge is currently promoting the robot-dolphin game in many Chinese parks, and it thinks it could sell up to 150 of them over the next three years, and when you factor in that each one costs a few million dollars, that’s a lot of cash, but The company believes that when compared to the maintenance costs and medical costs of live animals, robots can pay for themselves within a few years.

“ In terms of a 10-year business operating period and annual visitor capacity of 2 million visitors, the total investment and maintenance costs of a decent mobile entertainment portfolio account for only a quarter or no more than a third of it, ” Li Wang of Edge Innovation told the South China Morning Post. A traditional aquarium spends it. “

Besides the delicate skeleton, there is a realistic coating of the skin, so no one who is swimming next to the robot and touching it will not be able to tell that it is not real, and only for the sake of that extra bit of realism, the teeth of the robot are slightly yellowed and can squeak and move its head to imitate gestures From a bottlenose dolphin.

These were the details of the news Robotic dolphins replace animals in theme parks in the future for this day. We hope that we have succeeded by giving you the full details and information. To follow all our news, you can subscribe to the alerts system or to one of our different systems to provide you with all that is new.

PREV The molten ring allows the Hubble telescope to view the galaxy...
NEXT Google allows users to see elapsed time during meetings

Report: The molten ring allows the Hubble telescope to view the...

Al-Ruqan loan for pensioners.. up to 3 million pounds in several...