Thank you for reading the news about REVIEW: Samsung Galaxy Z Fold2 and now with the details

We saw everything unfold last year with the original Fold. Now, Samsung has taken some more steps to show everyone it isn't folding up in promoting the latest-generation mobile form factor.

Never one to shy away from coming up with some of the craziest ideas, Samsung continues to roll along with the newest version of its futuristic device, the Galaxy Z Fold2. Sure, foldable phones aren't as ubiquitous as the S and Note series, but that's exactly the point here: We need to get used to it right now.

That's because, whether we like it or not, sooner or later this category will expand, slowly but surely. And having a head start doesn't hurt at all. Let's see what they have to offer this time. 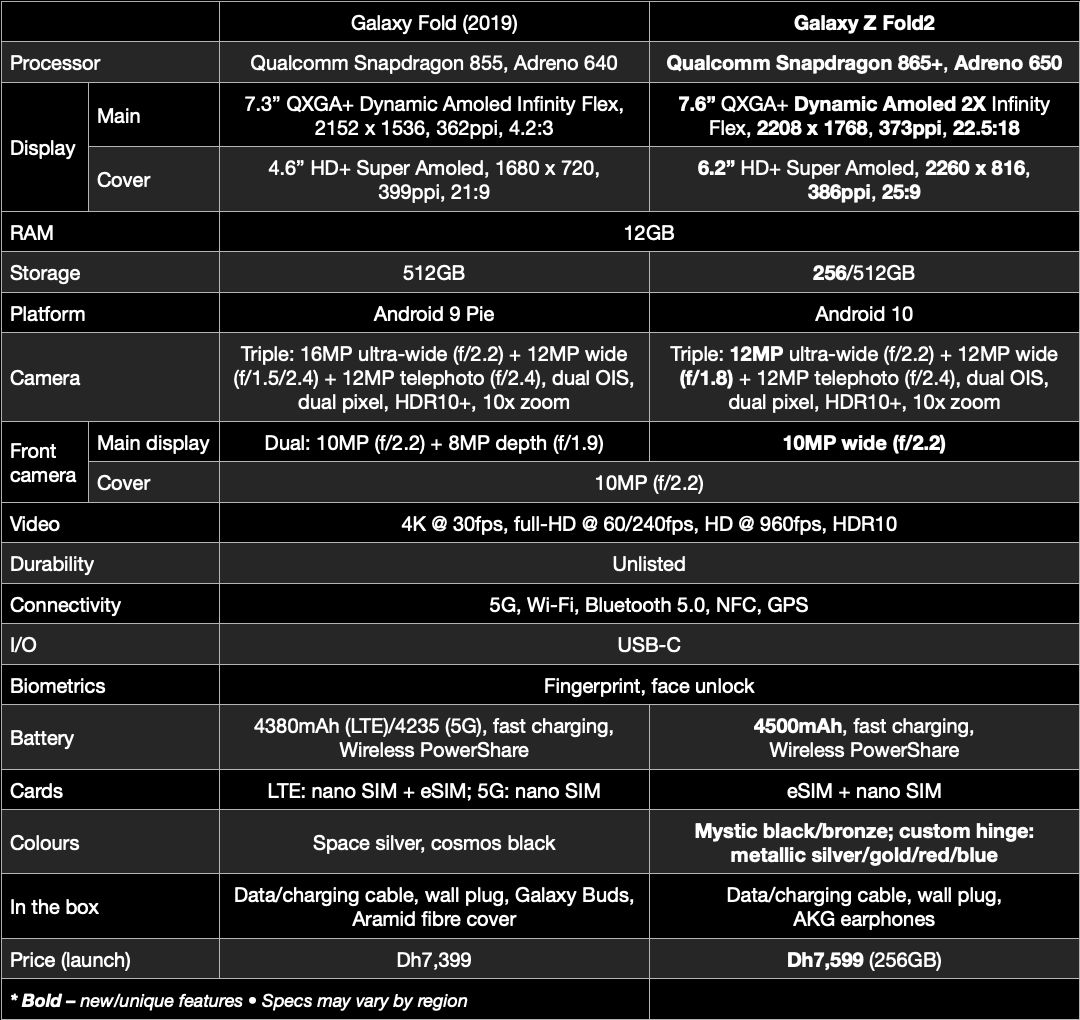 A bit of token upgrades there, and a bit of trimming elsewhere. You don't get the Galaxy Buds this time around, but you still get AKG earphones. There also won't be any Aramid fibre cover, but you can customise the Fold2's hinges.

This is basically a balancing act; the price is up, thanks to the improvements implemented, so obviously adding those from the original Fold could've well shot up its price above eight grand. There will be some who will be up in arms, but this is how it goes.

However, some of the reasons for this are intangible. 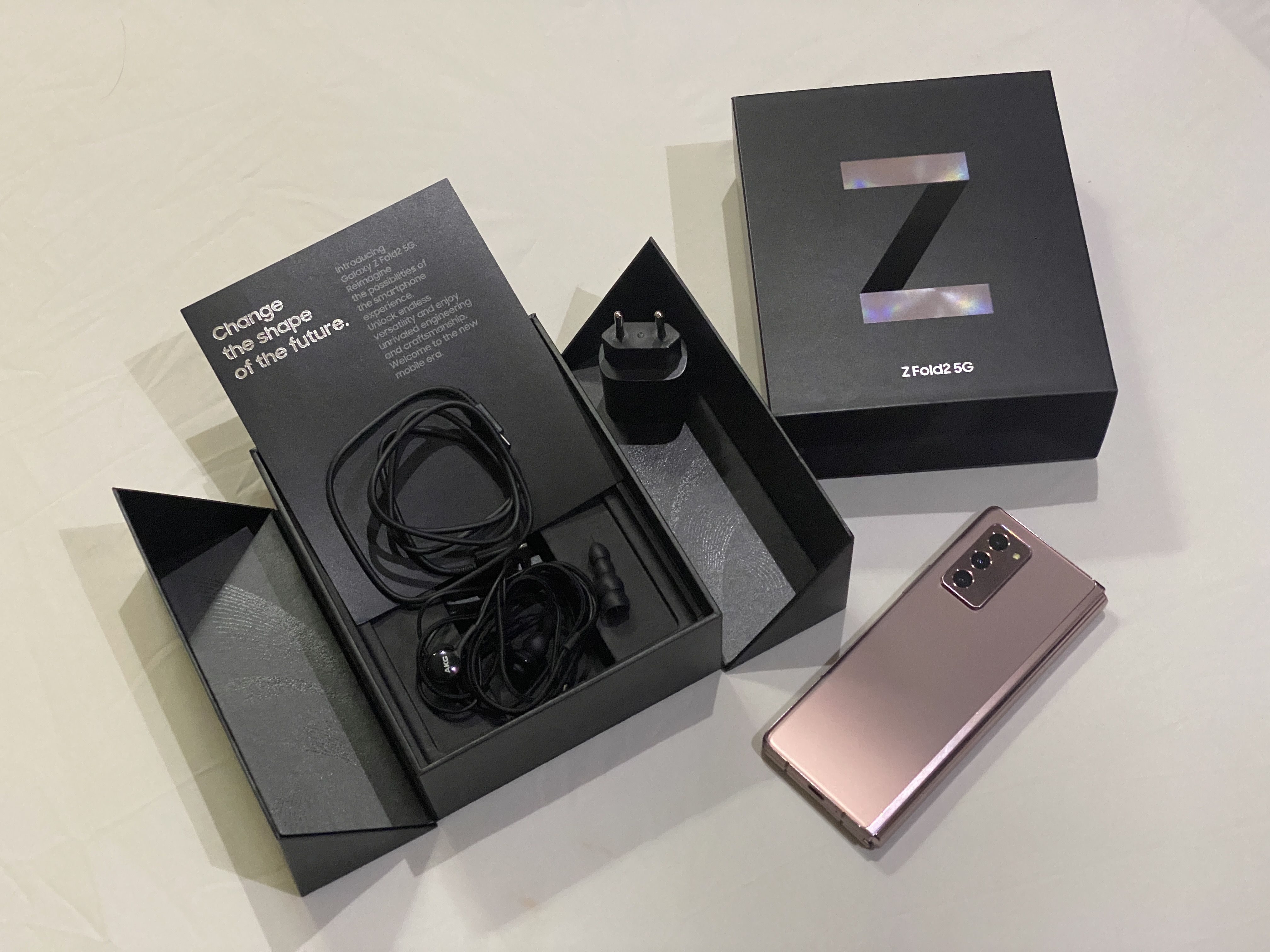 And about that. While not listed, Samsung has significantly improved its hinge system. In the original Fold, you can really feel that 'snap' feeling when you open or close the device. With the Fold2, it's a completely seamless experience.

In terms of looks, the Fold2 is a gorgeous device (and I still am drooling over that bronze colour). The overall package is bigger; here's how it stacks up against last year's Fold: 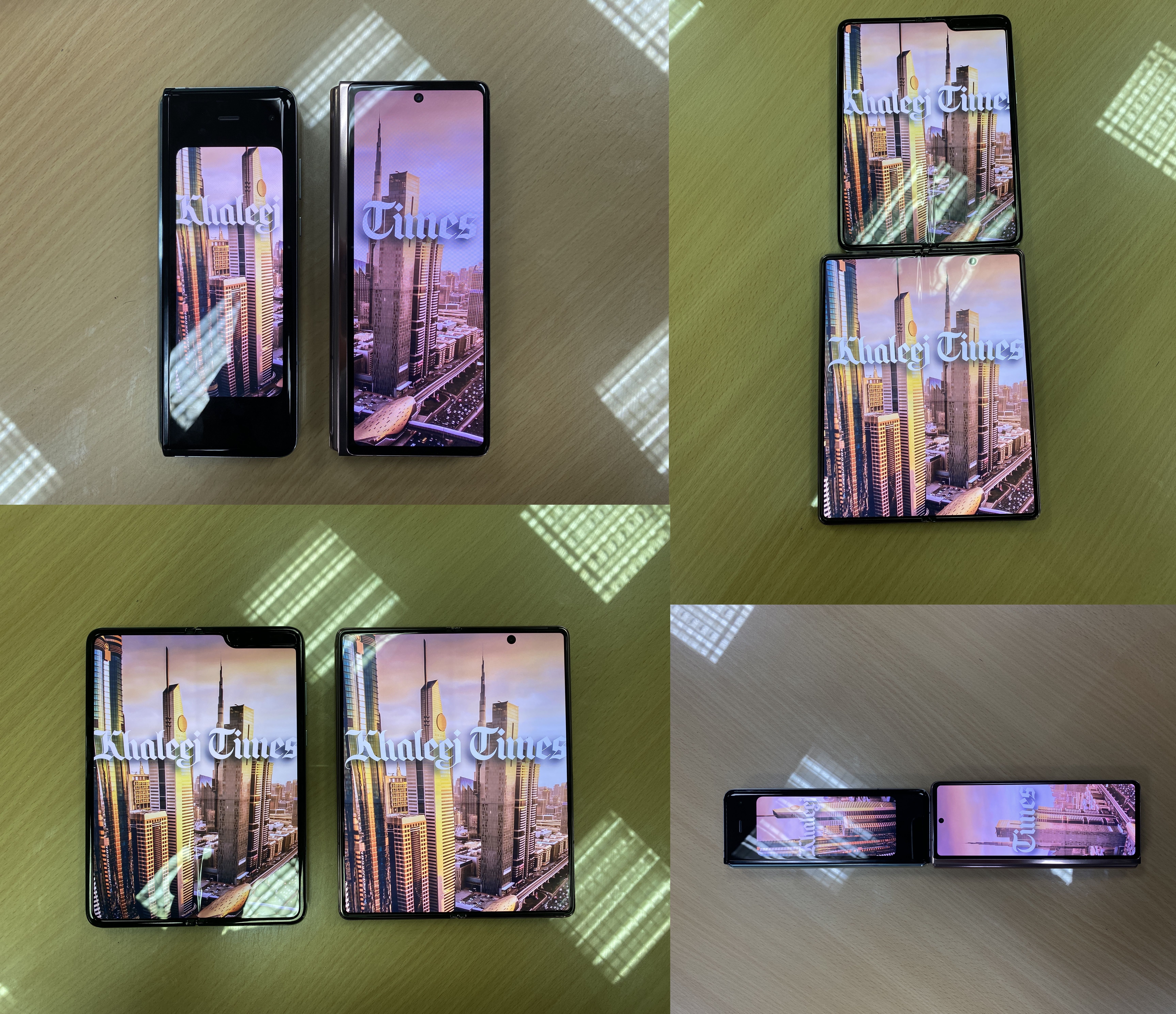 The edges are more streamlined, its bezels even slimmer, making the Fold2 a really premium-looking product.

The biggest standout is its bigger displays. Its main screen is now up at 7.6 inches from 7.3 inches, and thankfully that notch is out of the way. You can still see the crease in the middle, which is understandable.

Over to the cover, Samsung did the right thing by extending the display from edge to edge. Seriously, we were wondering why Samsung in the first place decided to have such a small cover display on the original Fold; it really looks bad now compared to its successor.

Of course, there will be quarters that will say the device is too big. Matter of factly, it is, but this gizmo's built for the purpose of a higher level of productivity and entertainment, as what should be expected on such a big unit. Add to that the fact that its split-screen function is more seamless.

This 5G device isn't just built for productivity and entertainment - it's also ready to race with the fastest. Samsung layered up Android 10 on the Fold2 with its very own One UI, which basically makes larger smartphones more appealing and easier to navigate.

Again, the removal of the notch did the trick: You now have that uber-large screen to enjoy content, and with its 120Hz refresh rate, scrolling, swiping and everything else in between is just buttery-smooth.

The 7.6-inch main display is perfect for navigating websites, dealing with e-mails and doodling around with Microsoft Office documents; Samsung and Microsoft have partnered to optimise the latter's apps for optimum performance on the Fold2. Certain apps are also optimised for the device, including YouTube, Spotify and Gmail.

And for those who are familiar with the Nokia E90 and the rest of the Communicator line, you can enjoy some moments of nostalgia as well. 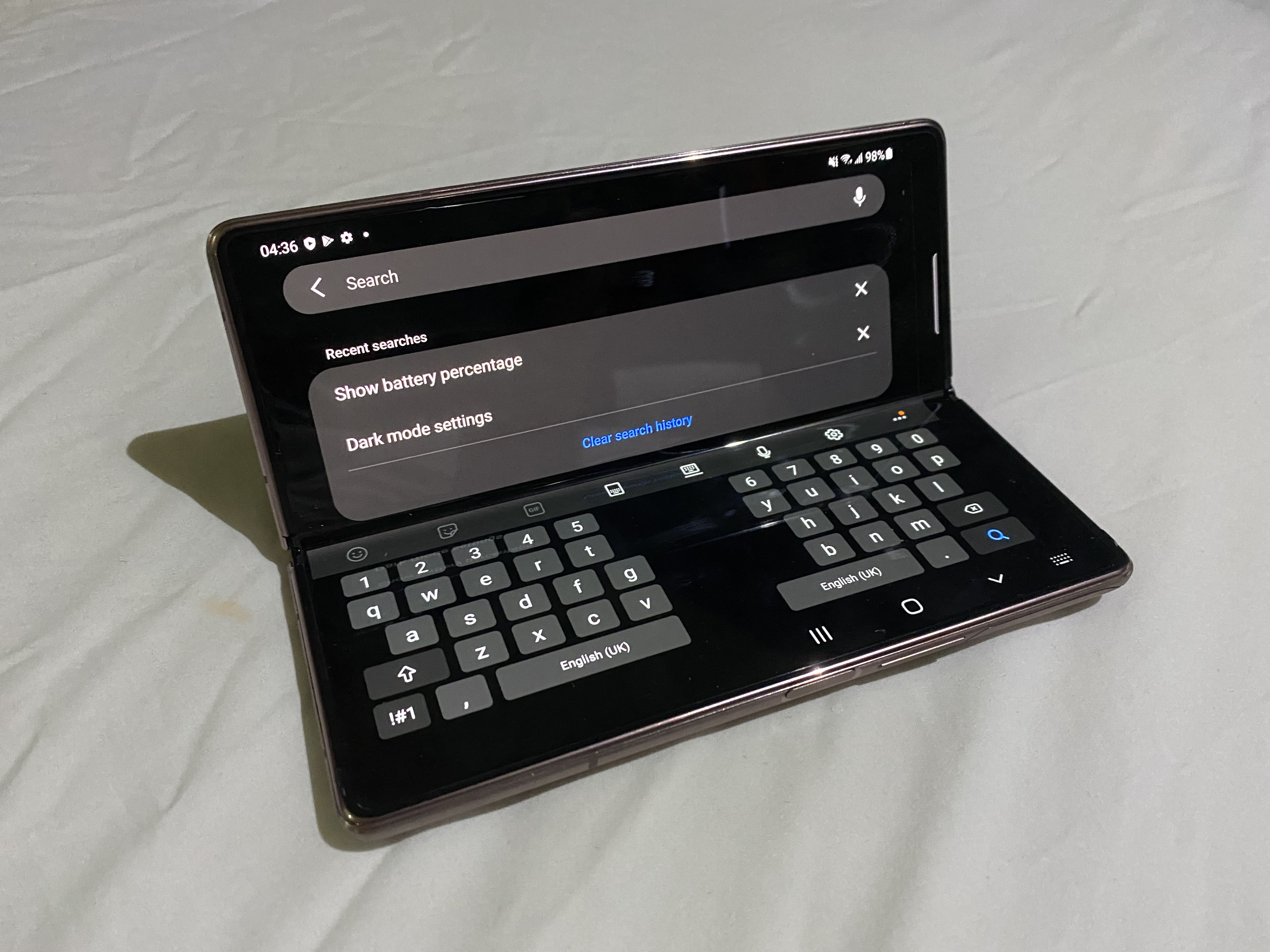 Sure, it may take a while to get used to this 'mode', but this is one more way of entertaining yourself.

Anyway, over to the cover screen. Now that it's stretched out edge to edge, you get more space for your content, instead of that crammed-up little thing on the original. You still, however, have to deal with the fact that given its slim profile, content won't be as big as you're used to on your regular smartphone. Although you may find yourself spending a fair amount of time using this screen especially if it's just a quick message to someone. Typing using the cover screen's keyboard can also be tricky, but just remember the days when we were using those now-tiny smartphones.

And whether you're on the cover or main display, you still get the same camera results.

Save for the cover camera that stays at 10MP, the other snappers on the Fold2 got a little trimming-down: The main camera's ultra-wide lens is now down to 12MP from 16MP, and overall it's a far cry from the systems we've seen in the latest S and Note devices, while its main-display shooter has been reduced to a solitary punch-hole from the original's rather distracting duo within a notch. 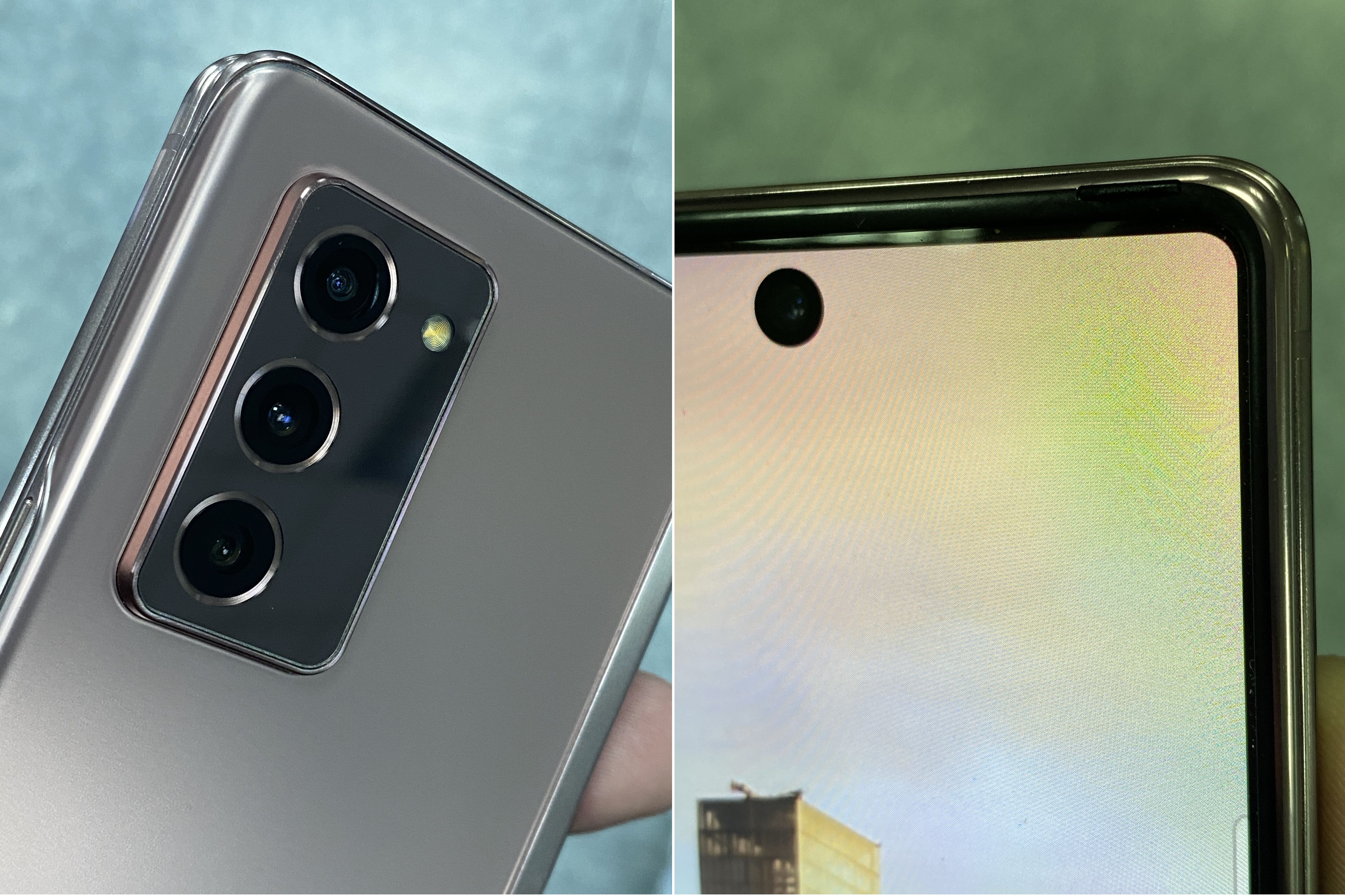 To be fair, the camera isn't really a heavily-marketed feature of the Fold2. Still, it's up there with the best.

Indoors, photos give great detail, although they tend to be a tad overexposed; those food shots were taken in a dining area that isn't as brightly-lit as seen in the snaps; the dual-pixel capabilities come into play here.

The cameras have the ability to sense how much light is coming in; if it's enough, why bother to wreck it? 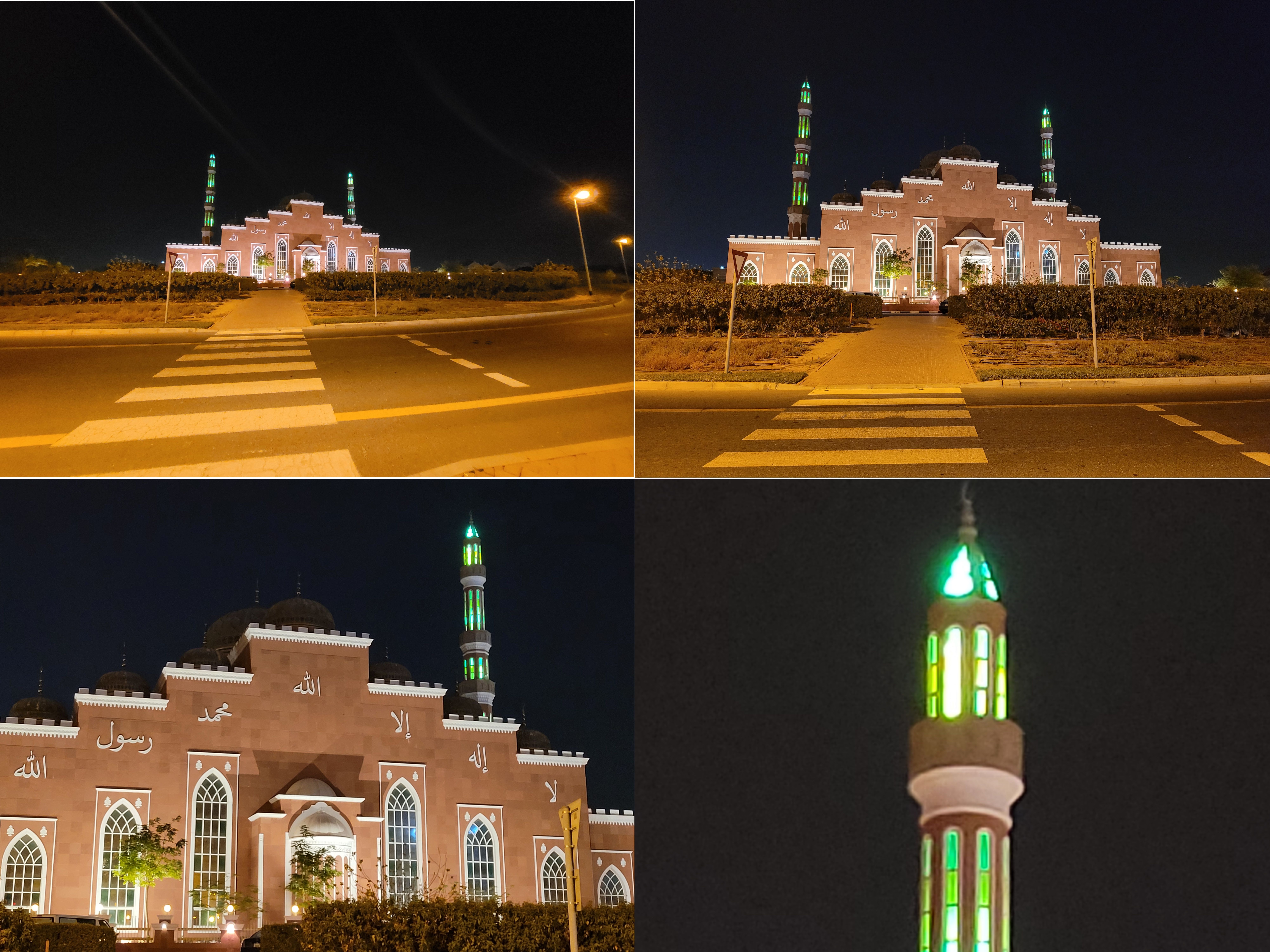 Save for the maximum zoom, everything turned out right here, even if the super-wide angle shot churns out some distortion on the edges. The lighting on the mosque is very detailed, even from afar.

Power will always be an issue with new-generation devices, let alone those with 5G and a huge screen. The Fold2 passes this one well: In our standard one-hour YouTube-at-full-brightness test, the device lost 11 per cent - still a good number considering the factors we've mentioned. It can also go on for a day-and-a-half on medium use, but if you go all-out in a morning-to-evening time frame, you may end up with under 10 per cent by beddy-bye time.

Charging, meanwhile, is another fair result: 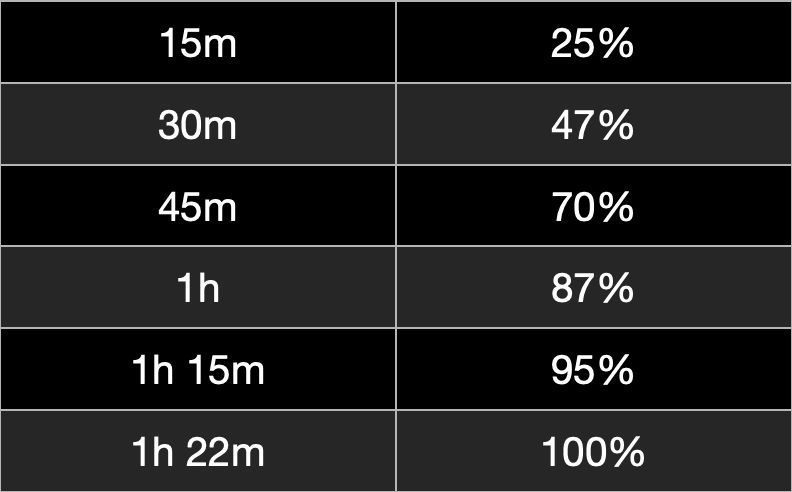 Matter of factly, this result is even better than what we found out on the Galaxy S20 FE 5G. Not the quickest but, as we say anything near full power within an hour is acceptable.

It's a well-balanced device, and while the Samsung Galaxy Z Fold2 doesn't have over-the-moon upgrades, they were still the right ones made: The improved folding/unfolding, bigger screens and a beautiful finish all complement one another to make it arguably the best of its generation.

Still, it's trying to find its place in today's consumer world: Some folks may balk at its size and heft and would wonder if it's really worth it (is it really worth it to spend that much on this instead of a full-fledged laptop, even cheaper, laptop, a lot may ask), while others will find it tomorrow's tech today.

And while some of the in-the-box goodies were downgraded or removed, one fact a good number of us tend to overlook is that what you see doesn't tell the whole price story - it's the development and tech going into one thing that is also carefully considered (easily Dh700 more if the Buds and cover were still included). But that may not be enough to convince people to splurge an insane amount of money - and this goes for all devices in the upper tier of pricing.

Samsung's confidence is overflowing, and it shows in the Galaxy Z Fold2. This nascent mobile device category is slowly gaining traction and, for all intents and purposes, beginning to gain acceptance. It's just a matter of time before this becomes a commodity (and maybe a little more time before an actual Galaxy Blade edge becomes an actual thing).

EDITOR RATING: Pound-for-pound, the upgrades are token and were must-have-beens, yet better late than never. And its hefty price remains just that - hefty. But there is still a market for this device category; if those in it were pleased with the original, this one'll make them come back for more. 4.5/5

These were the details of the news REVIEW: Samsung Galaxy Z Fold2 for this day. We hope that we have succeeded by giving you the full details and information. To follow all our news, you can subscribe to the alerts system or to one of our different systems to provide you with all that is new.

PREV How has the chip shortage crisis affected Intel’s revenue?
NEXT Oppo plans to launch its first foldable phone next month