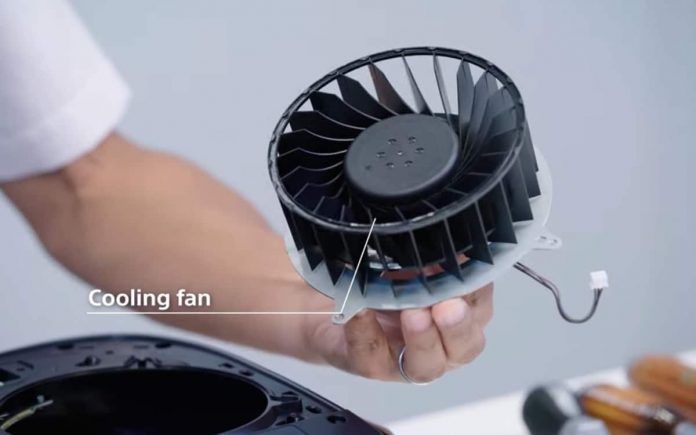 The PS5 will automatically adapt the speed of the fans according to video games, announces Sony. Thanks to firmware updates, and an army of dedicated sensors, the next gen console will remain silent and cool even as games become increasingly resource intensive. Explanations.

According to the first hand, the PS5 is a much quieter console than the PS4 or the PS4 Pro. Testers say they have trouble hearing the noises generated by the machine’s fans. Which is not at all the case with the PS4.

In the years to come, Sony expects particularly resource-intensive PS5 video games are marketed. These titles offering high definition graphics risk pushing the components of the console in these entrenchments, thus increasing the internal temperature. To lower the temperature, Sony has integrated a cooling solution with a particularly conductive liquid metal in the PS5.

Firmware updates will keep the PS5 from overheating

To prevent the console from heating up and becoming noisy with the arrival of more demanding games, Sony will also adapt the fan speed in the years to come. Interviewed by our Japanese colleagues from 4Gamer, Yashuhiro Ootori, engineer at Sony, explains how the Japanese firm is doing adapt the operation of the fans according to the evolution of the games.

“Various games will be released in the future, and data on the behavior of the APU (Accelerated Processing Unit) in each game will be collected. We have a plan to optimize fan control based on this data ” Yashuhiro Ootori details during the interview. “The PS5 has three temperature sensors on the main board to control the fan speed based on the internal temperature of the APU and the highest temperature of the three temperature sensors. These fan control parameters will also be updated via online updates ” explains the engineer.

On the same subject: Sony will not spy on the conversations of PS5 players, well not all the time

Concretely, Sony will roll out software updates that will adapt the speed of the fans from the console to the energy consumption of games. The more a game is likely to heat the components, the more the fans will be used. Sony will thus prevent overheating and unwanted blowing noises. What do you think of Sony’s idea? We await your opinion in the comments.

*The article has been translated based on the content of Source link by https://www.phonandroid.com/ps5-sony-ajuster-vitesse-ventilateurs-fonction-jeux.html
. If there is any problem regarding the content, copyright, please leave a report below the article. We will try to process as quickly as possible to protect the rights of the author. Thank you very much!

These were the details of the news Sony will adjust fan speed based on games for this day. We hope that we have succeeded by giving you the full details and information. To follow all our news, you can subscribe to the alerts system or to one of our different systems to provide you with all that is new.