The Radeon RX 6000 Big Navi are the new graphics cards from AMD, based on the RDNA 2 architecture. More powerful than the previous generation GPUs, embedding ray-tracing and Variable Rate Shading technologies, they should however not not achieve the performance level of NVIDIA GeForce RTX 3000 series. But it’s the price that AMD has to play. 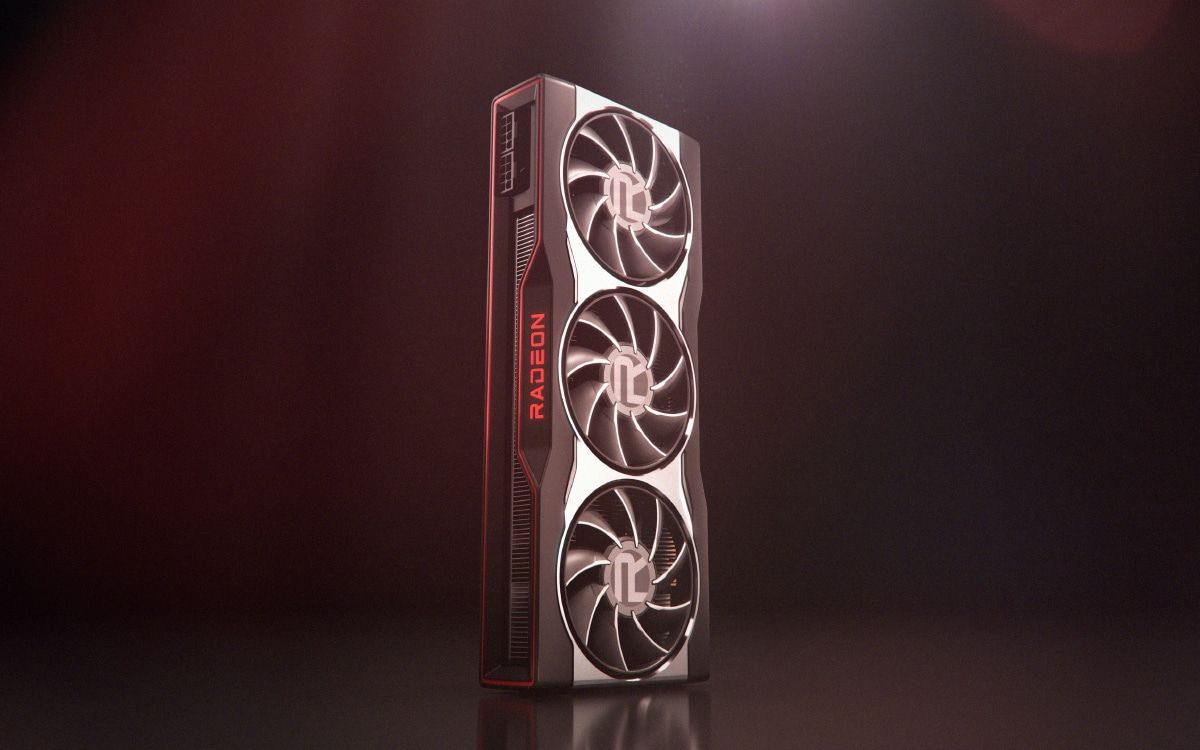 While AMD is embarrassing Intel in the CPU market, gaining more and more market share, it is still far from eclipsing Nvidia in the GPU segment. Already well behind its competitor, AMD must have appreciated the latest announcements from its rival, Nvidia having hit hard with its new GeForce RTX 3070, 3080 and 3090. To counter them, the American group is banking on its new generation of Radeon RX 6000 graphics cards. Here’s what we know about them so far.

What release date for the AMD Radeon RX 6000?

AMD has announced the official presentation date of its new generation of graphics cards. The announcement will take place on October 28, 2020, just under three weeks after the launch of the manufacturer’s new Ryzen 4000 processors running on Zen 3 and shortly before the launch of the next gen PS5 and Xbox Series S and X consoles, equipped with a AMD Big Navi GPU with RDNA 2.

It remains to be seen when graphics cards will actually be available for purchase. It is possible that pre-orders will start as early as October 28, but it is likely that it will take a few weeks for the Radeon RX 6000 to be truly marketed. Some models could also be released a little later.

AMD is not venturing into the very high end of the GPU market, where Nvidia still has far too far ahead. The American group is more focused on the entry and mid-range with affordable products. A strategy that should not change this year. AMD should primarily target casual gamers who don’t necessarily need or want to invest in a premium component.

The best graphics card in the Radeon RX 6000 series would therefore not match the performance of a GeForce RTX 3080 (and even less of a GeForce RTX 3090 which is not really aimed at the general public) but rather on those of a GeForce RTX 3070. NVIDIA has hit hard by drastically lowering its prices compared to the previous generation, AMD seems obliged to adopt an aggressive pricing position to be able to exist against its competitor. The GeForce RTX 3070 was announced at 519 euros, no Radeon RX 6000 presented on October 28 should reach this price, unless the manufacturer hides a big surprise.

If the technical specifications of Big Navi graphics cards are long overdue and will not be revealed (officially at least) before October 28, AMD has started its teasing campaign by publishing a first visual of what we imagine to be the Most premium Radeon RX 6000 series graphics card. A partnership with Epic Games also gives us an original preview of the material in the form of a 3D rendering directly in the Fortnite game.

Equipped with three fans for cooling, an aluminum heat sink and two 8-pin connectors, it offers full connectivity consisting of two DisplayPorts, an HDMI port and a USB-C port. The graphics card occupies two slots on the motherboard.

A leak had already revealed the PCB of an upcoming Radeon RX 6000 graphics card. After analysis, we could guess a GDDR6 memory of 16 GB with a 256-bit bus for it. 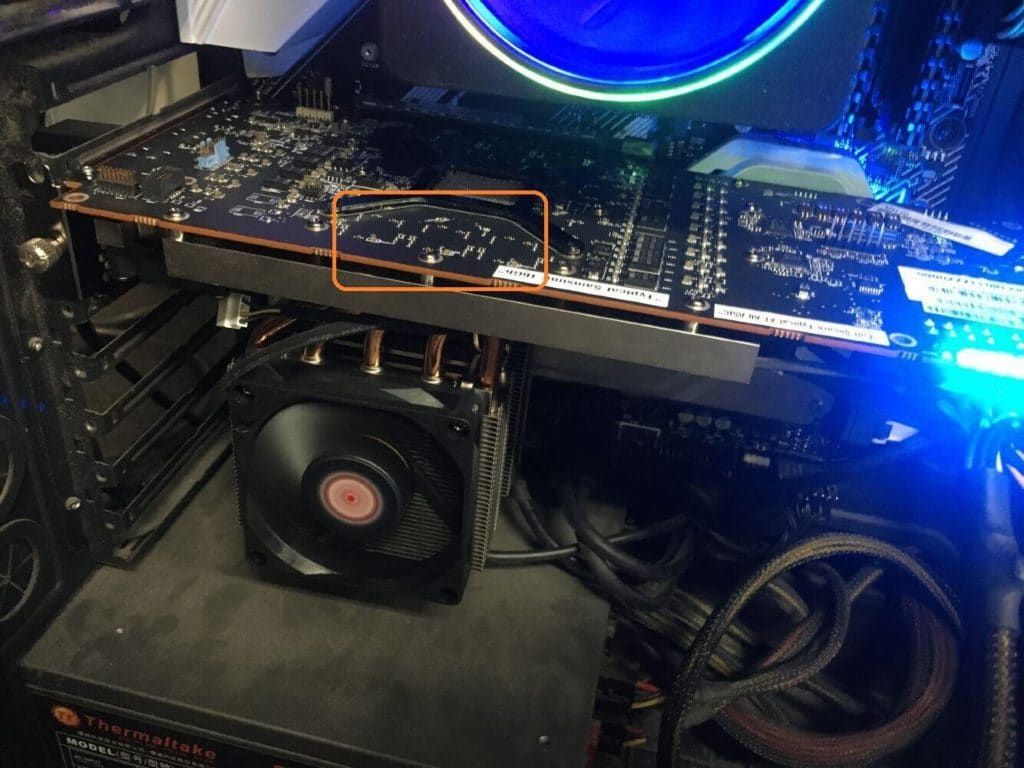 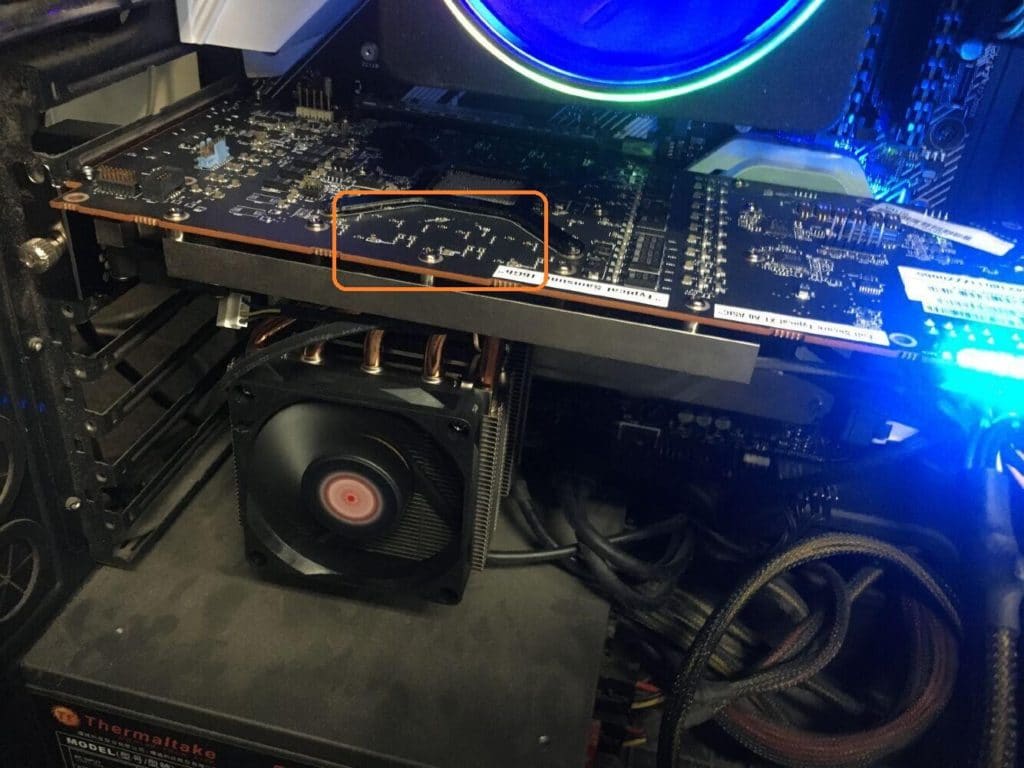 The next Big Navi (or Navi 2x) graphics cards are based on the RDNA 2 architecture, which has already heard a lot about in recent months since it is also found on the next generation of consoles. AMD has set an engraving fineness of 7nm since last year, a performance that even NVIDIA has not yet achieved despite rapid progress in this area (passage from 14nm to 8nm with the new RTX 3000).

AMD has already announced that RDNA 2 offers 50% better performance per watt to those of the first RDNA of the name, allowing to display games in 4K “without compromise”. It remains to be seen what it means “without compromise” for AMD. It is likely that this is the 4K 60 fps which is referred to here. The figure of 17,5 TFLOPS was brought up to measure the power of Big Navi GPUs, confirming capacities above those of the RTX 2080 Ti. It is on the other hand inferior to the new RTXs (20 TFLOPS for the GeForce RTX 3070), but it is in any case not very useful to compare the NVIDIA and AMD graphics cards in this respect since the TFLOPS do not mean exactly the same. thing depending on the architecture used. 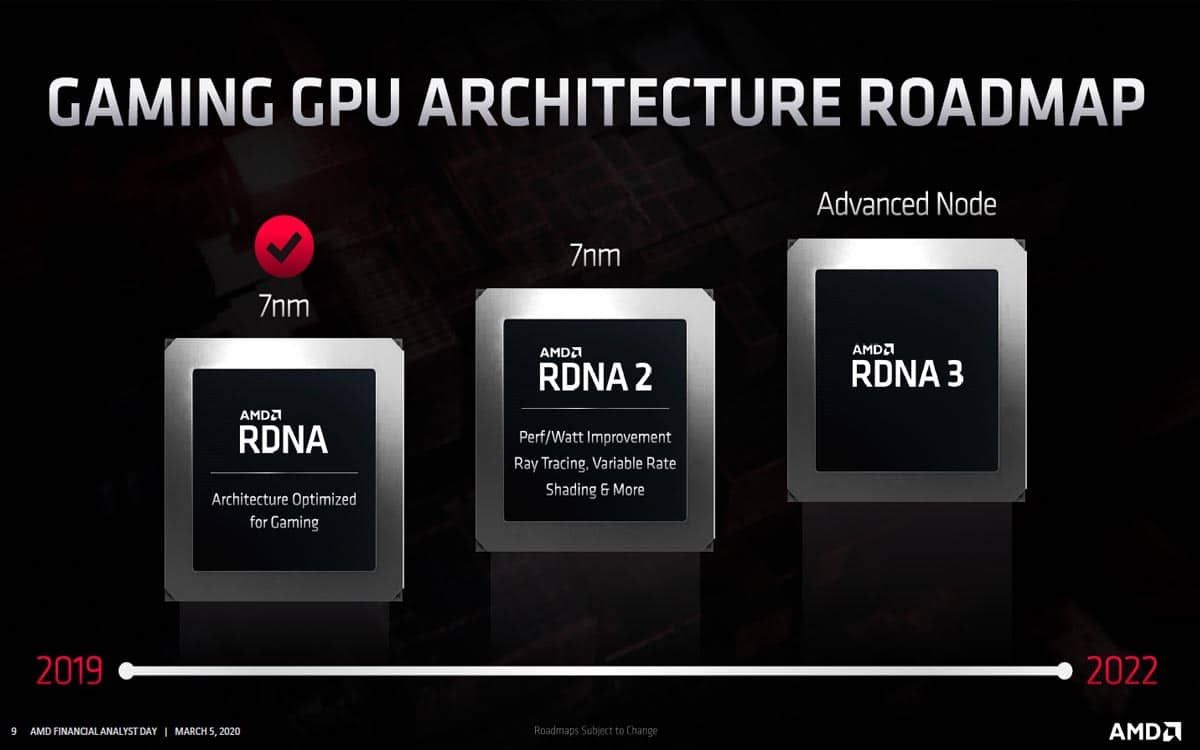 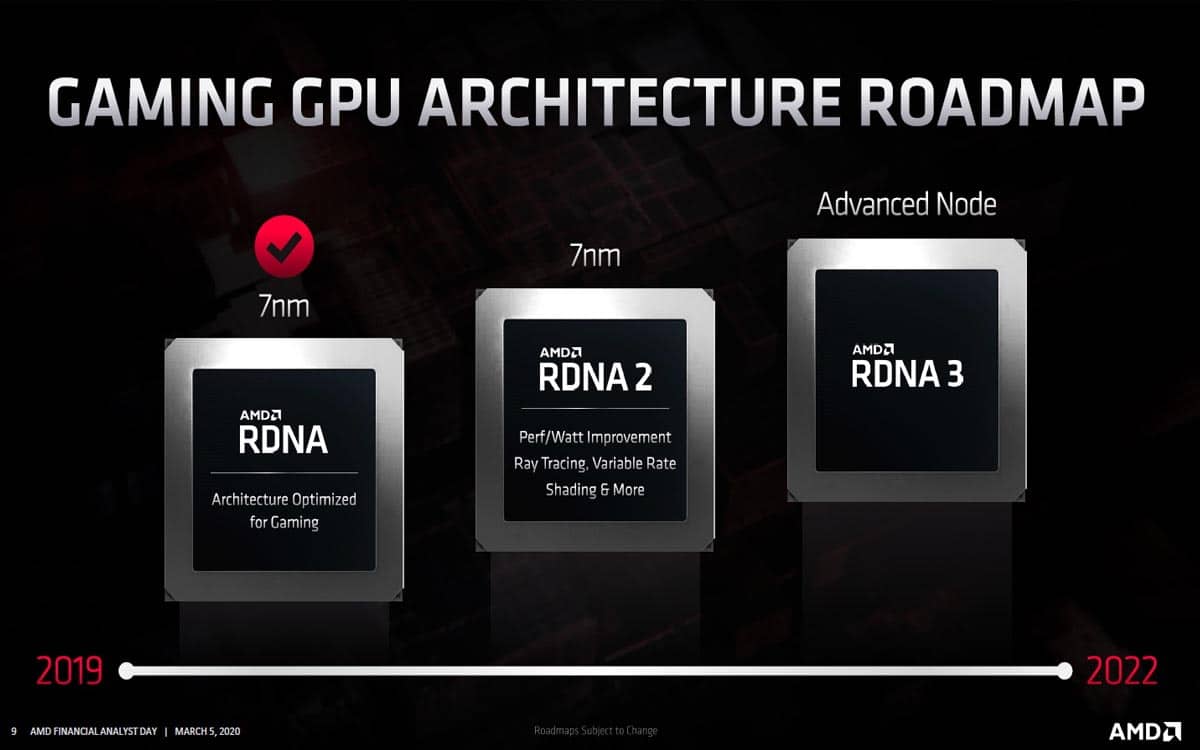 The next generation could benefit from up to 80 calculation units, twice as much as what we find on the Radeon RX 5700 XT.

First benchmarks of the most high-end graphics cards of the AMD Radeon RX 6000 series have been spotted. On one of them from the strategy game Ashes of the Singularity, it looks like this one comes up to roughly the level of NVIDIA’s Geforce RTX 3070. We should not hope that AMD attacks the performance of the RTX 3080, but we can at least expect a card at the level of the RTX 3070 but with a lower price. It also remains to be seen whether AMD improves in terms of software and driver updates, a point on which NVIDIA is more flawless than its rival.

Ray-tracing is the new star

With a generation behind NVIDIA, AMD is preparing to bring the real-time ray-tracing management on its graphics cards. Not all will benefit from it so as not to inflate the price of entry-level references, but the most powerful models will be entitled to it. We will have to wait to see with our own eyes what the ray-tracing made in AMD is worth to judge. Last March, we had the opportunity to get an overview of the capabilities to expect from accelerated ray-tracing at the hardware level via a demo based on Microsoft DirectX Raytracing 1.1 and AMD RDNA 2 architecture. But this one was not really revealing.

The Variable Rate Shading (VRS) is already present on NVIDIA graphics cards, this technology finally arrives on their competitors from AMD. This technology allows game developers to have their title automatically manage the quality of shadows in real time based on their location on the screen. Without Variable Rate Shading, good quality shadows can be displayed in areas of no interest because the player is not looking in that direction. And yet these shadows do draw on the GPU, which allocates resources unnecessarily to the textures of these shadows. With the VRS, there is therefore a need for less power for the graphics quality, which remains unchanged in the eyes of the player. This power can then be reallocated to other elements and in particular allow performance and frame rate gains.

The Big Navi should logically renew several features already present on the Navi graphics cards. We think for example of Fidelity FX, a technology that makes areas of a game with poor graphics quality more beautiful, crisp and vivid without impacting performance too much.

We should also witness the return of the Radeon Anti-Lag, which promises to reduce latency between devices and what’s happening on the screen.

These were the details of the news price, release date, Big Navi, RDNA 2, all about AMD graphics... for this day. We hope that we have succeeded by giving you the full details and information. To follow all our news, you can subscribe to the alerts system or to one of our different systems to provide you with all that is new.