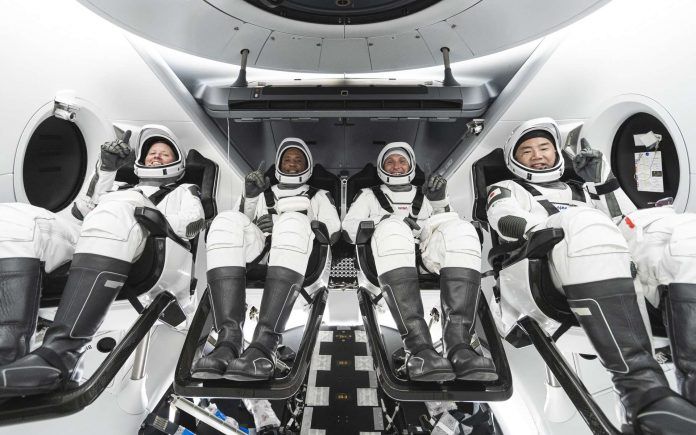 Crew-1, the very first real trade mission of Crew Dragon de SpaceX will finally take off from Kennedy Space Center in Florida on November 14 at 7:49 p.m. local time (November 15 at 12:49 a.m. PST), the Nasa. She will take her to the Space station the astronauts Shannon Walker, Michael Hopkins, Victor Glover et Soichi Noguchi, de la Jaxa (Japan Aerospace Exploration Agency), for a stay of about six months punctuated by spacewalks, in addition to all their research activities. The crew of this first mission renamed the capsule Resilience.

Upon arrival, they will be greeted by members of Expedition 64, astronaut Kate Rubins and the cosmonauts Sergey Ryzhikov and Sergey Kud-Sverchkov from the Russian Space Agency Roscosmos. Before going down on Terre in 2021, they will in turn welcome travelers from the second operational mission of Crew Dragon. Among the future tenants, the astronaut Thomas Pesquet. And then, Resilience will return to Earth with the four members of Crew-1. 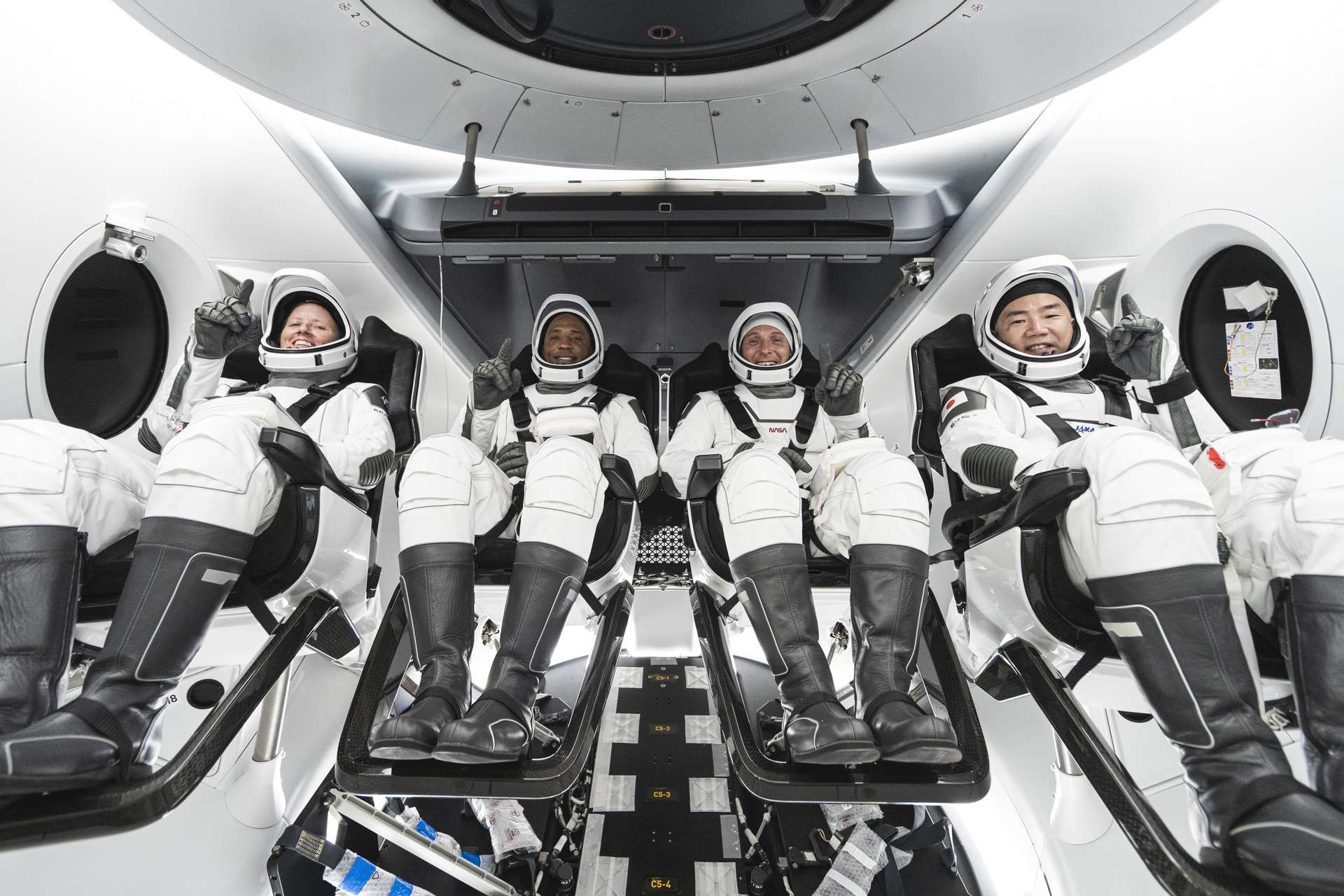 Crew-1, the first announced flight of the SpaceX capsule to the Space Station

NASA announced that the first commercial flight to Space station aboard the Crew Dragon capsule of SpaceX will take place on the day ofHalloween, October 31. We also know the name of the ship that will embark the Americans Michael Hopkins, Victor Glover and Shannon Walker as well as the Japanese Soichi Noguchi, from Jaxa: Resilience. Crew-1 chose it in order to “To highlight the dedication of the teams involved in the mission and to demonstrate that when we work together, there is no limit to what we can accomplish” indicates the press release.

Resilience will be propelled into space by a launcher Falcon 9 SpaceX from Launch Complex 39A at centre spatial Kennedy, in Florida. Its four passengers have a ticket for a stay in the Space Station, “Orbital laboratory”, about six months, until next spring.

Since the success this summer of Crew Dragon demonstration manned flight, with Robert Behnken and Douglas Hurley at the helm, the United States has finally regained its total independence for the transport of its astronauts to the complexe orbital. An independence that the country had lost since the the retirement of its space shuttles in 2011.

*The article has been translated based on the content of Source link by https://www.futura-sciences.com/sciences/breves/astronautique-premier-vol-commercial-crew-dragon-vers-station-spatiale-aura-lieu-14-novembre-3295/
. If there is any problem regarding the content, copyright, please leave a report below the article. We will try to process as quickly as possible to protect the rights of the author. Thank you very much!

These were the details of the news Crew Dragon’s first commercial flight to the Space Station will take... for this day. We hope that we have succeeded by giving you the full details and information. To follow all our news, you can subscribe to the alerts system or to one of our different systems to provide you with all that is new.

PREV What about the price of the Nintendo Switch expansion pack online?
NEXT Oppo A54s phone price and specifications.. a need for hands