If you have played Assassin’s Creed Valhalla, at least for a few hours, you may already have been able to participate in a game of Orlog, or at least hear about it. This is not a mystery or a well thought out reference, but a original creation from Ubisoft. If you are a follower dice game, the story of this game and his near future you should like it.

One of the favorite pastime within your colony is the Orlog. This game has also become very popular of the players themselves. What does it consist on ? Two players compete using a set of six-sided dice. The players roll their dice up to three times in order to get the best possible throw. The object of the game is to reduce the life reserve of his opponent – represented by rows of smooth stones – at zero. For this, the dice rolled in the Orlog have six faces, and each represents an effect that, if used correctly and at the right time, can lead you to victory.

when you have enough tokens, you can play divine favor, and depending on the god you invoke, you can inflict damage on your opponent, heal or double coverage of your blocking actions. 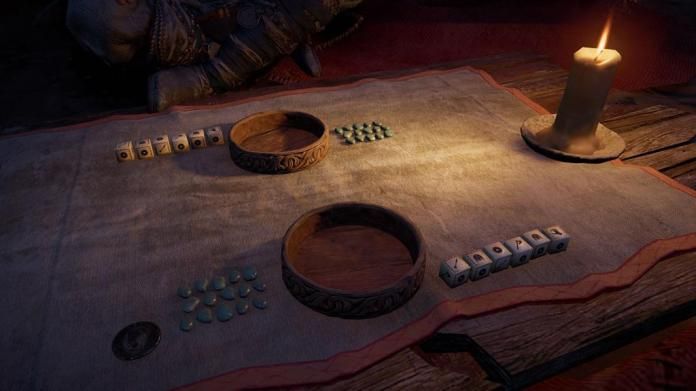 According to Benoit Richer, co-director of game development from Ubisoft, Orlog version as we know her was not the one Ubisoft had in mind at the start. The original version looked more like a construction game (with always roll the dice), and during which players could collect unique dice in the world in order to customize their throws. This version is however fast become too heavy to be fully balanced and acceptable as asecondary activity. It was therefore abandoned to be replaced by Orlog.

Physical adaptation of the game

According to the Dicebreaker website, Ubisoft will be working very soon with the producer of collectibles PureArts, in order to publish a physical version of the Orlog. The Orlog will therefore become a reality from of the year 2021. You will be able to challenge your friends to this game of dice which promises to become a must-to-have for lovers of the game series Assassin’s Creed. 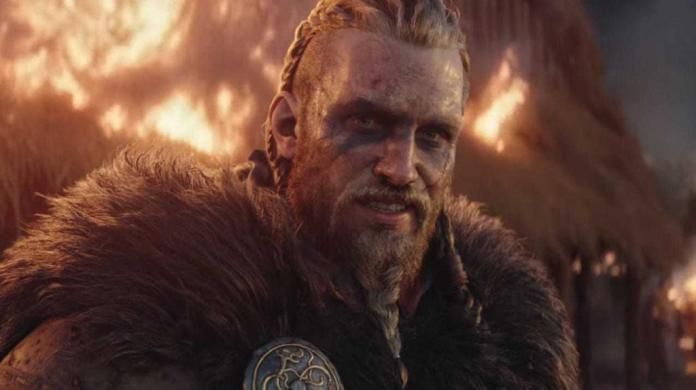 Those who are not familiar with traditional Scandinavian habits and hobbies might wonder if The Orlog was based on a real game. Anthropologists, however, have never found the slightest bag of dice buried with looters. Benoit Richer said on behalf of Dicebreaker:

The goal was to have a game that would be “credible” rather than historically accurate, because we do not have found clear rules throughout our research.

Even if The Orlog is not historically accurate, it has been enjoyed by many players around the world, and may be a new Ubisoft success as sales of derivative products to during the year 2021.

*The article has been translated based on the content of Source link by https://hitek.fr/actualite/orlog-version-physique-ubisoft-valhalla_25706
. If there is any problem regarding the content, copyright, please leave a report below the article. We will try to process as quickly as possible to protect the rights of the author. Thank you very much!

These were the details of the news Ubisoft is going to release a derivative product that you will... for this day. We hope that we have succeeded by giving you the full details and information. To follow all our news, you can subscribe to the alerts system or to one of our different systems to provide you with all that is new.