A few days ago, “Cyberpunk 2077” was one of the most anticipated titles of the year. As was to be expected, the latest CD Projekt Red title had an extremely strong sales start and was already able to recoup its development and marketing costs. The critics also agree that the studio has once again succeeded in creating an RPG that is particularly outstanding in terms of narrative. However, it has to struggle with numerous technical problems, especially on the PS4, and is in an unacceptable condition.

Players complain of various bugs, glitches and other problems

Shortly after the launch, large numbers of gamers reported on the social networks of various problems with the game on PlayStation 4 and Xbox One. Some were rather involuntarily funny, such as missing animation phases in a cutscene or clipping errors, but many also reported serious errors: In particular, physics bugs, textures loading too late and game crashes are said to have occurred regularly and in some cases massively impaired the fun of the game.

The technology specialists from Digital Foundry also recently examined the PlayStation 4 version of “Cyberpunk 2077” and came to some sobering results. The resolution on the standard PS4 fluctuates between 720p and 900p, which results in a rather blurred image. In this regard, the site refers to games of the late PlayStation 3 era, which had pushed the console to its performance limits at that time. The game made a better impression on PS4 Pro and PS5, but according to the Digital Foundry it was obvious that the title was primarily developed for high-end PCs. 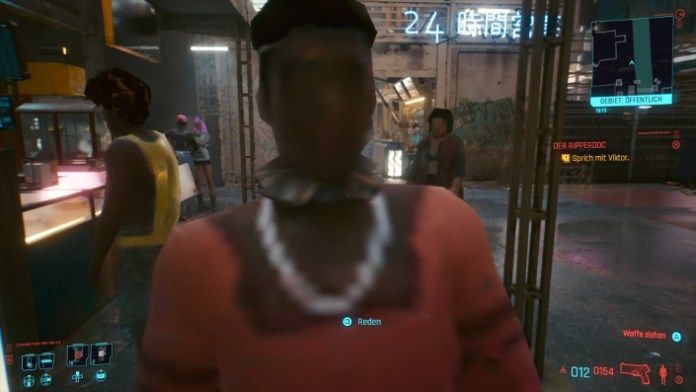 During our previous hours in Night City we were confronted with various technical problems: We were able to come to terms with the rather blurred picture after a while, but textures that were loading too late, clipping errors and crashes kept tearing us out of the game experience . On the one hand, this is annoying because the game world and also the characters and the story of the title are on a very high level. In addition, however, it is a pity above all because the game has been widely advertised for the last-gen systems PS4 and Xbox One in recent years.

Should the version have been discontinued for PlayStation 4 and Xbox One?

In 2012, CD Projekt Red announced that the studio had secured the rights to a video game adaptation of the “Cyberpunk” universe. At the Electronic Entertainment Expo 2013, the first longer rendering trailer finally followed for the team’s next major project, which at that time was still in the middle of the production of “The Witcher 3”. But the almost two and a half minute long video was already enough to spark a not exactly small hype about the company’s next game. It was supposed to be released for the relatively young new-gen systems PlayStation 4 and Xbox One. Those responsible made this clear again and again in the following years, after all they presented it, among other things, during the Xbox press conference.

But if we look at the final product, which should originally have been released in April of this year (!), It is hard to believe. Certainly, to put it bluntly, the PS4’s hardware already belongs in a museum, but probably nobody would have thought that the aged console would have such big problems with “Cyberpunk 2077”. The developers must have been aware of this for some time, after all, the reviews of the international trade press published for the release were all based on the PC version. 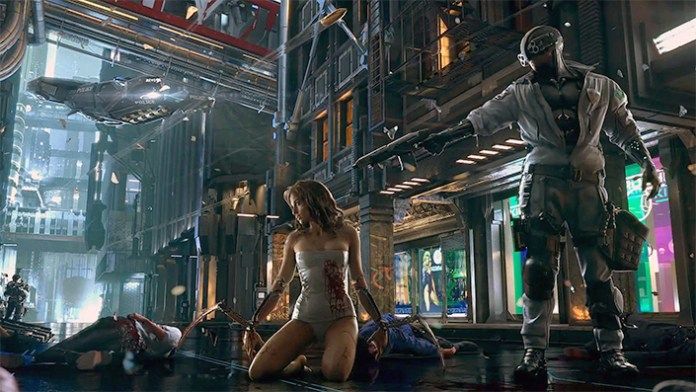 So there would have been only two options: Those responsible could have kept the game in development for a longer period of time in order to at least fix the grossest technical errors and not sell the players an Early Access version. That way, though, the stock might have crashed even further than it did in the past few months. On the other hand, the developers could have completely stopped the versions for PS4 and Xbox One. It must have been clear to them that the game would overwhelm the outdated hardware. In purely economic terms, this would of course have meant severe losses, after all, the makers would have left out over 100 million players who were originally supposed to get the game.

The state in which “Cyberpunk 2077” was finally brought onto the market for PlayStation 4 and Xbox One is, as harsh as it sounds, simply unacceptable. Certainly, ambitious large-scale projects – especially open world games – always have to struggle with various technical problems. “GTA V” or “The Witcher 3” were already plagued by similar errors. On the other hand, what has now been released is not what the developers have promised the millions of console players in recent years. It is an unfinished product and players deserve to know beforehand what they are really spending their money on.

One glimmer of hope is that CD Projekt Red usually supports its titles for a very long time and also delivers patches months after the release in order to improve performance and the general gaming experience. This is what they should do in the case of “Cyberpunk 2077” – they owe it to the millions of players around the world who have been looking forward to the release of the title for years and now have to live with this bitter technical disappointment.

Now it’s your turn: What are your experiences with “Cyberpunk 2077” so far and do you also have to worry about technical problems?

Links to Amazon, Media Markt, Saturn and some other retailers are usually affiliate links. When we make a purchase, we receive a small commission that we can use to finance the free site. You have no disadvantages.

These were the details of the news Cyberpunk 2077: The tech of the PS4 version is unacceptable for this day. We hope that we have succeeded by giving you the full details and information. To follow all our news, you can subscribe to the alerts system or to one of our different systems to provide you with all that is new.