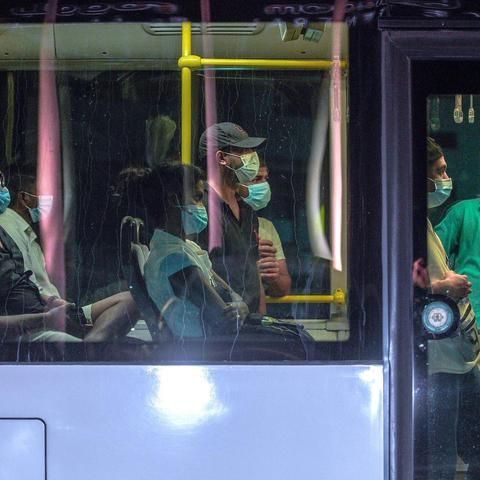 Almost 9 in 10 people in Dubai are satisfied with the way the government managed the coronavirus outbreak, a new survey has shown.

Sheikh Hamdan bin Mohammed, Crown Prince of Dubai, reviewed the results of the Public Satisfaction Survey on Dubai's Covid-19 Response during a meeting with the Dubai Government Excellence Programme, who conducted the survey, on Sunday.

He said the positive results were in an indication of the government's proactive approach in dealing with the challenges brought by the outbreak.

"Led by the vision of Sheikh Mohammed bin Rashid [Vice President and Ruler of Dubai], Dubai and the UAE created a successful plan to overcome this challenge, containing the repercussions of the crisis to safeguard our society," he said on Twitter.

"I am proud of our teams who prioritised the safety of all Dubai residents. Investing in our national talents have paid off today; we have built a government mechanism that anticipates the challenges ahead."

The survey found that 89 per cent of the public were satisfied with the changes made to government services to ensure access throughout the crisis. At least 88 per cent expressed satisfaction with the safety measures in place. The measures introduced to ensure economic sustainability and business continuity in Dubai earned an 87 per cent approval rating.

Overall the government's response to the outbreak received a public satisfaction rate of 88 per cent.

Nine out of 10 people (91 per cent) in Dubai said they were satisfied with the nightly national disinfection drive that lasted several months while 87 per cent found the travel bans to be effective.

The number of survey respondents was not disclosed and it is unknown how long the survey was carried out for.

These were the details of the news Sheikh Hamdan reviews results of Dubai Covid-19 response satisfaction survey for this day. We hope that we have succeeded by giving you the full details and information. To follow all our news, you can subscribe to the alerts system or to one of our different systems to provide you with all that is new.

PREV We are preparing a new generation of thinkers and creators: Hamdan
NEXT Etisalat gives schools award-winning books

“African Oil Week” kicks off in Dubai on November 8