Thank you for your reading and interest in the news Megaprojects: Masdar City think tank proposes splitting the sea for tourists and now with details

Now, the same Masdar City think tank has created a model to suggest a parting of the Arabian Gulf to open up the sea bed to tourists.

The “Pharaoh’s Pass” concept is brought to life in a short CGI film that shows how offshore engineering can create a giant aquarium off The Palm in Dubai or near Lulu Island in Abu Dhabi.

This is an early concept, but we are presenting it to Abu Dhabi, Dubai and Saudi Arabia as a potential tourism project

Although plans only exist in concept, those behind the idea at the National Advisor Bureau insist the dream could one day become reality.

“The project simulates the historical story of the sea split in the era of the Pharaohs, which occurred thousands of years ago,” said Abdullah Al-Shehhi, an electrical engineer who is the bureau’s executive director.

“The Pharaoh’s Pass will be one of the world's wonders, as the sea will be split by a transparent glass wall.

“It will be considered the largest in the world with high safety and security features and enough thickness so that it prevents water leakage.”

The project may seem unlikely but, if completed, designers propose the site could become a unique marine park with retail shops, cafes and seafood restaurants, and surrounded by floating residential villas.

Visitors would be transported within the Pharaoh's Pass in horse-drawn carts, in keeping with 3,000 year traditions of ancient Egypt.

There they will be able to see marine creatures swimming and floating inside giant glass walls while the floor of the project will be made of natural sea sand, seashells and marine coral.

Although the project could be years away, Mr Al-Shehhi said investors have already expressed an interest in looking at feasibility studies into how the pass could work.

“This is an early concept, but we are presenting it to Abu Dhabi, Dubai and Saudi Arabia as a potential tourism project,” he said.

“We would use similar engineering as that used in constructing a dry dock to repair vessels where water is pumped out from an area of land.

“Pumps can remove water from the proposed location to allow the construction to begin.

“Once a barrier is in place, a glass wall can be inserted to create a giant natural aquarium.

“Hopefully, we can generate some solid interest by next year so the project can begin.

“It is an unusual project and unlike anything else. It would be considered as a new wonder of the world.”

UAE megaprojects of 2020 - in pictures 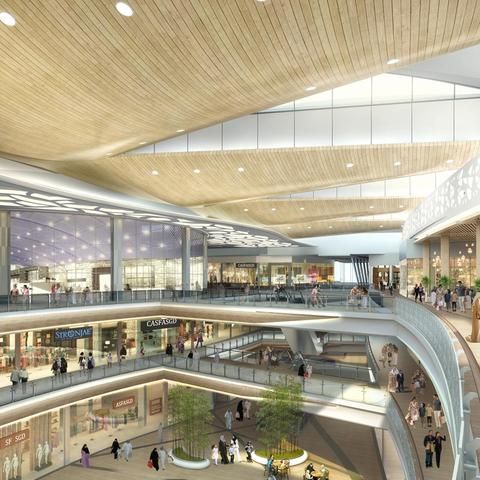 These were the details of the news Megaprojects: Masdar City think tank proposes splitting the sea for tourists for this day. We hope that we have succeeded by giving you the full details and information. To follow all our news, you can subscribe to the alerts system or to one of our different systems to provide you with all that is new.